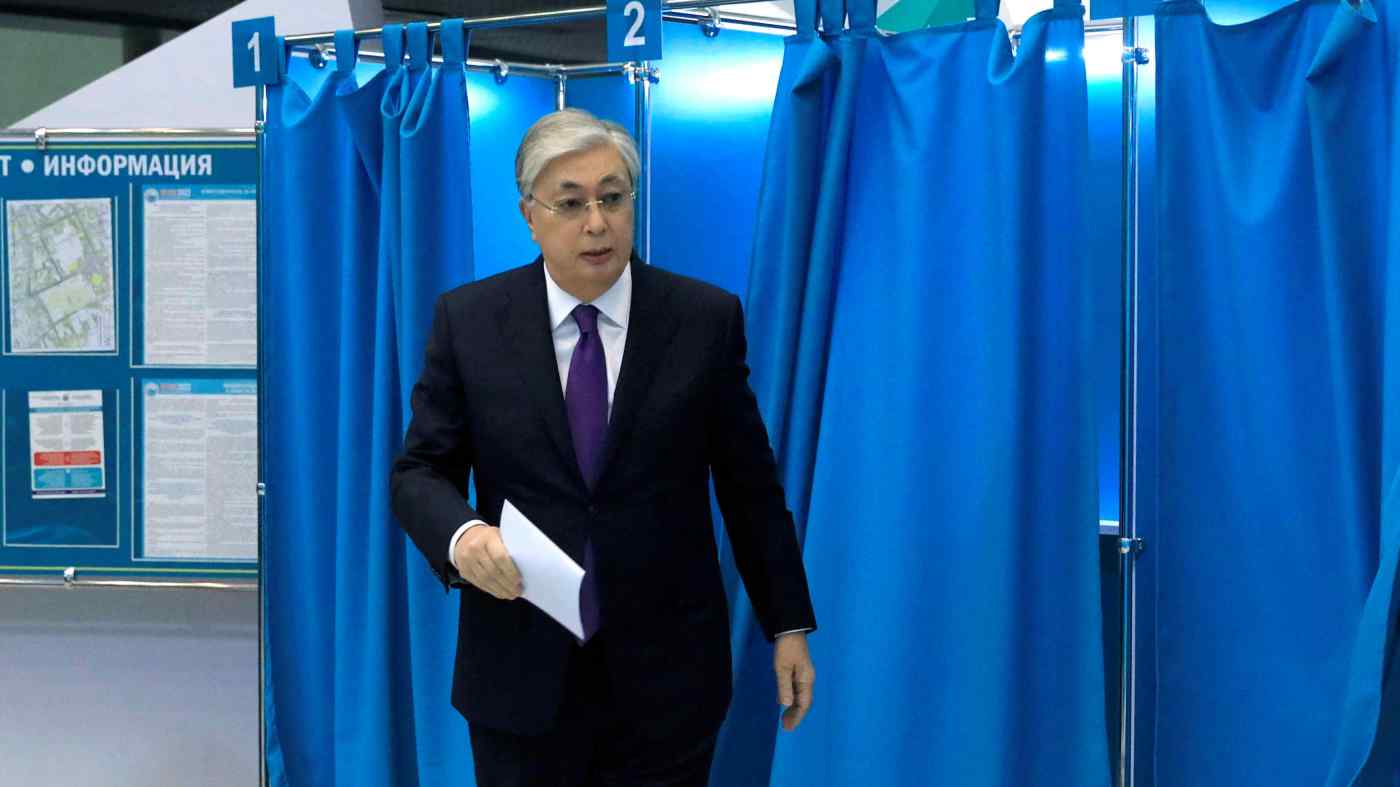 Kazakhstan's President Kassym-Jomart Tokayev walks out of a voting booth in Astana on Nov. 20. (Supplied by press service of the president of Kazakhstan)   © Reuters
November 21, 2022 06:15 JSTUpdated on November 21, 2022 16:01 JST | Kazakhstan
CopyCopied

He had been widely expected to extend his rule over the oil-rich nation by seven more years, with a strong mandate to continuehis increasingly independent foreign policy, as the former Soviet republic navigates the Russia-Ukraine crisis.

"We can say that the people have expressed convincing confidence in me as president and all of you," Tokayev, 69, had told his staff earlier, referring to exit polls that favoured him.

The campaign would "go down in history", the former diplomat added.

Voter turnout was 69.44%, with five other candidates scoring in the low single digits, data showed. Voters' second most popular choice was "against everyone", with 5.8% of ballots.

Tokayev won his first election in 2019 with the backing of predecessor Nursultan Nazarbayev, but the two fell out this year amid violent unrest in the nation of 20 million, and Sunday's vote consolidated his power as an independent leader.