Defiant opposition ready for new protests despite getting its way 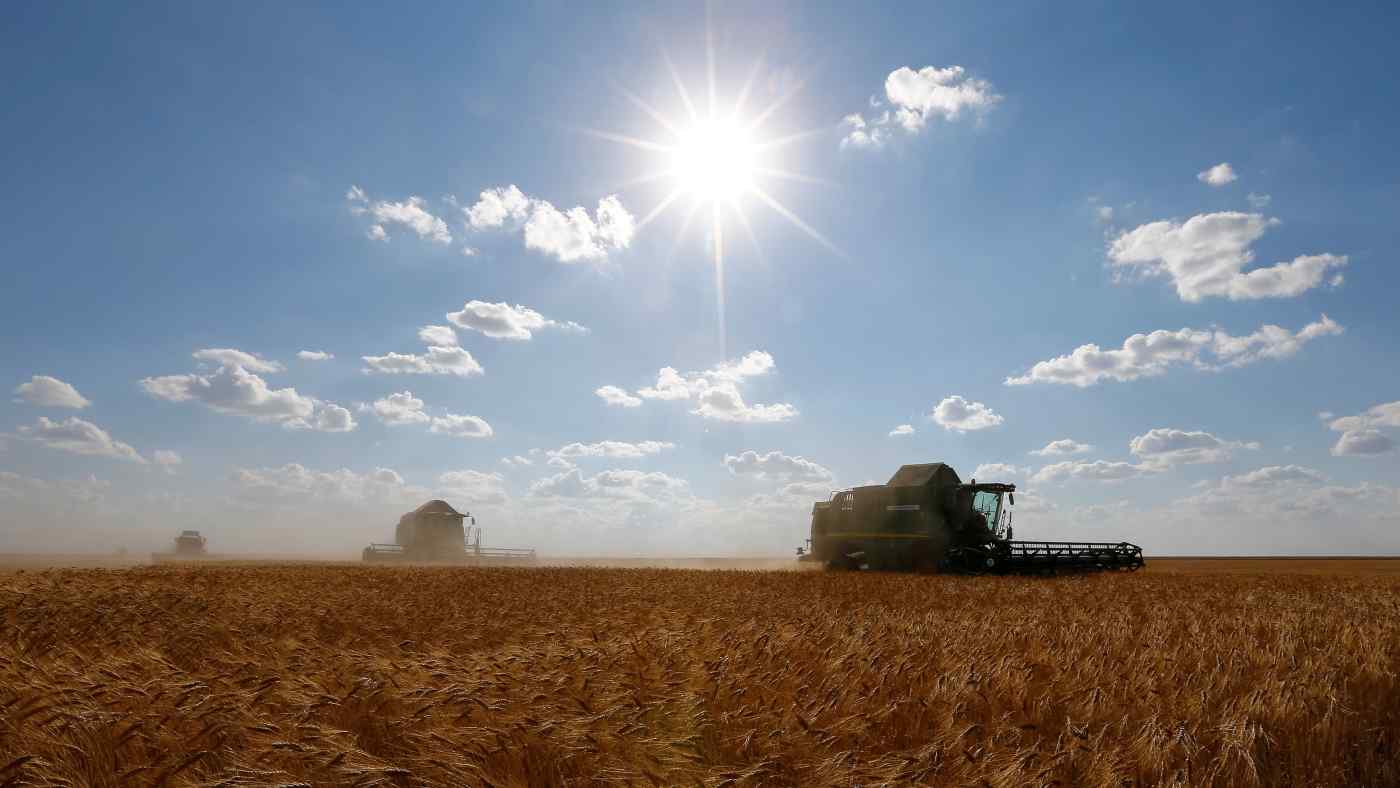 ALMATY, Kazakhstan -- Kazakhstan has passed a law that prohibits the sale and leasing of agricultural land to foreigners and foreign companies, under pressure from opposition groups to do so.

The law, approved on Thursday, is a stricter amended version that dropped a proposal to allow foreign leasing of forests for up to 25 years -- an exception that had irked critics.

The government is hoping the legislation draws a line under an issue that has been a thorn in authorities' side for years: fears of foreign powers, namely China, buying up the country. But with activists planning to press ahead with protests on Saturday, focusing on Chinese investment, it appears not everyone is satisfied.

Back in April 2016, the government mooted legislation to simplify the process of selling land to private owners via a series of auctions. The idea was to open up the agricultural sector to investors and develop it.

In response, people took to the streets to protest what they saw as a backdoor way of selling off Kazakhstan's land to international buyers. The protests culminated with countrywide rallies -- the biggest protests Kazakhstan had seen since gaining independence from the Soviet Union in 1991. More than 1,000 demonstrators were detained.

The reaction unnerved then-President Nursultan Nazarbayev, who ordered a five-year moratorium on the issue, a freeze that was due to expire at the end of 2021. In February, President Kassym-Jomart Kemeluly Tokayev proposed enshrining the ban into law.

After some hiccups in April, when protesters once again took to the streets over the forest leasing, the law was amended in parliament and finally approved by Tokayev.

The issue of land ownership is extremely sensitive in Kazakhstan and is always a sure bet to fire up nationalist passions. The traumas of the 20th century saw first Russian colonizers and then their Soviet successors destroy the ethnic Kazakhs' nomadic way of life by taking over their ancestral roaming lands. These moves left millions of ethnic Kazakhs dead or displaced from the land that had formed the backbone of their existence.

The 2016 protests were driven in part by a perception of Kazakhstan's huge neighbor China snapping up agricultural land to feed its growing population. These fears of Chinese expansionism remain, as illustrated by the plans for more demonstrations against investment from the world's No. 2 economy.

Buoyed by a rare victory over the authorities on the forestry issue, opposition activist Zhanbolat Mamay, leader of the unregistered Democratic Party of Kazakhstan, has urged his supporters to come out on Saturday.

"We warn the authorities that the land will never be sold or leased to foreigners. We need to say it not only on social networks, but also on the square," Mamay said in a Facebook post calling for a gathering at Almaty's Republic Square, Kazakhstan's commercial hub.

"Had we kept silent the other time, the law allowing foreigners to trade land would have been passed," he added.

For Kazakhstan's authorities, there is a problem of getting their message across to the public about relations with China.

China is a major trading partner of this vast Central Asian nation, and it has considerable investments in a number of sectors, including natural resources such as oil and gas. Kazakhstan is also an important hub for infrastructure projects connected with China's Belt and Road Initiative.

"Unhappiness with the country's increasing dependence on Beijing has been mounting in Kazakhstan for some time now, not least because the Kazakh authorities (like others in the region) don't know how to talk to people about the balance between problems and opportunities created by relations with China," wrote Temur Umarov, an expert on China and Central Asia, in a commentary for the Carnegie Moscow Center.

Kazakhstan remains keen to develop its agricultural sector as one way to wean itself off being too dependent on its natural resources. It is the ninth-largest country in the world by land mass, and around 75% of its territory is considered suitable for agricultural purposes, but only 30% or so is currently being used productively.

But a riddle remains for its leaders: how to reconnect with the public and reassure it over foreign relations in order to unlock the country's untapped potential.