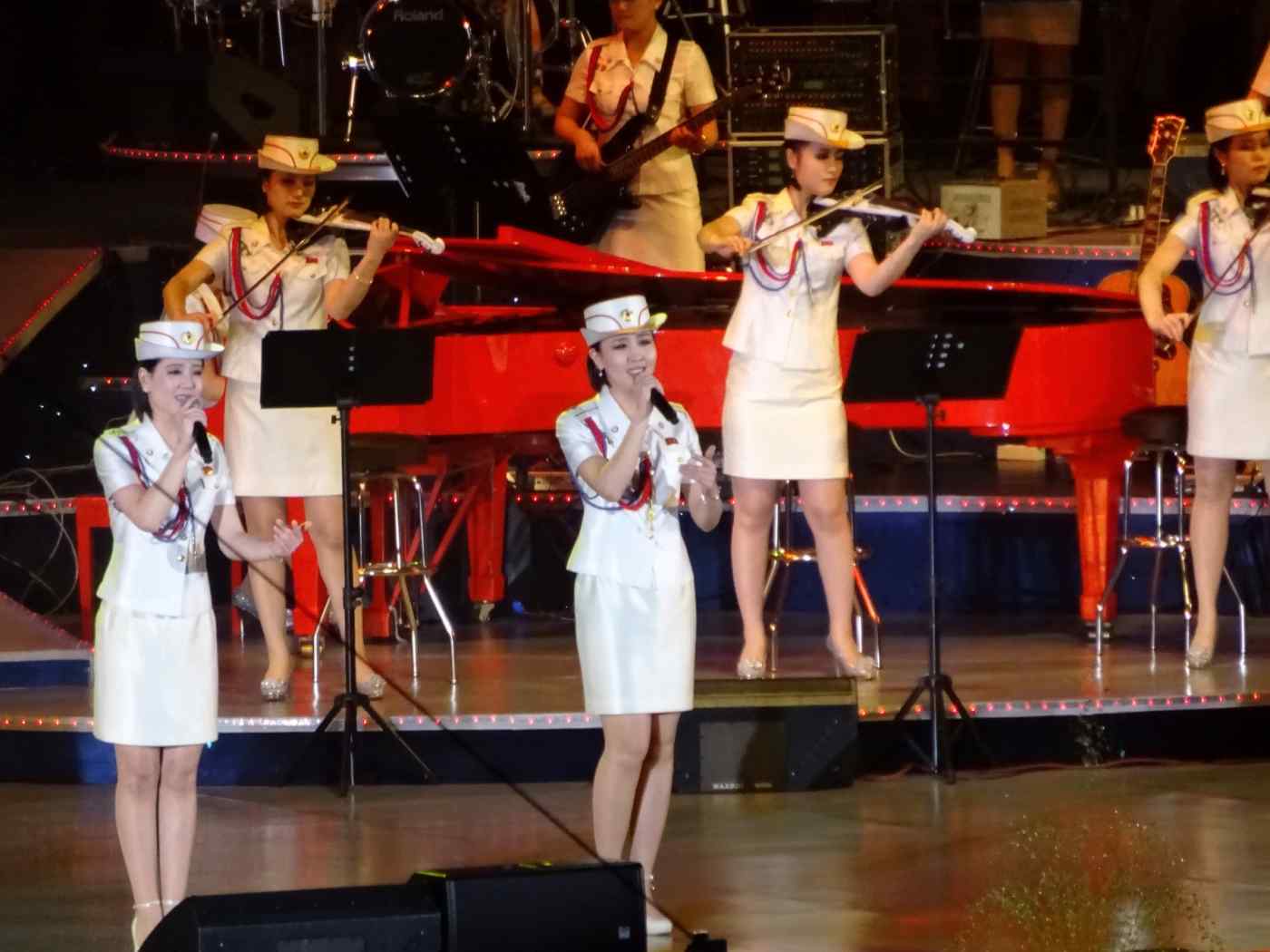 PYONGYANG -- The North Korean capital is filled with missile imagery. A model of the Unha-3 rocket used for "satellite" launches greeted reporters visiting the Mangyongdae Children's Palace, where elementary and middle school students gather for extracurricular activities. Young children played on a rocket-shaped ride at the day care center in the Kim Jong Suk silk mill. A drawing of a rocket adorned the children's play area at the airport.

Each of these depicted what are believed to be long-range missiles. The frequency with which they appeared in places for children was striking. The proliferation of missile images is apparently a recent development. Leader Kim Jong Un's government seems to be instilling from a tender age an understanding of the importance of developing "rockets."

In the opening address of the Workers' Party Congress, Kim called a purported hydrogen bomb test in January and apparent launch of a long-range missile in February "great successes" that should serve as "landmarks in the nation's history." With little to show for economy-building efforts so far, Kim highlighted the success of the nuclear and missile development part of his "parallel development" policy in a bid to shore up his authority as the nation's sole leader. 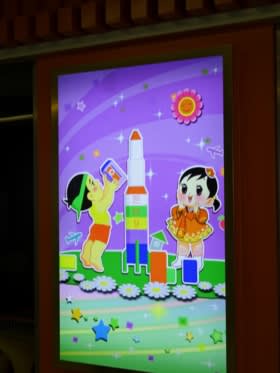 Even the children's play area at the airport featured rocket-themed art.

Why the insistence on nuclear weapons? Several officials posed this question came up with the same answer: they are intended as a deterrent. Without them, North Korea would be deceived by the U.S. and end up like Iraq or Libya, the officials said. Maintaining the "socialist Korea" spelled out in the preamble to the North Korean constitution is the country's top foreign policy goal.

At the same time, Kim seeks to use nuclear and missile development -- under the name of "science and technology" -- to keep the public on his side. This reporter's strongest impression during 10 days in Pyongyang was the extraordinary effort that the government is putting into this field.

This is a sign of Kim's insecurity. North Korea's idolization of its leader is proceeding apace. The Moranbong Band performed May 11 at the Pyongyang Arena as part of an event commemorating the congress. The set list of the all-female pop group was filled with songs praising Kim and the Workers' Party.

When the screen onstage showed an image of Kim during the finale, the audience sprang to its feet for a standing ovation. The party seemed to have taken it upon itself to inspire loyalty toward the nation's leader.

But Kim is only in his early 30s, has no combat experience and is unlikely to display the charisma of his grandfather, Kim Il Sung. Citizens asked why they revere Kim cited his status as the successor to Kim Il Sung and Kim Jong Il, or his resemblance to his grandfather in terms of looks and leadership.

Kim probably knows this. His opening address at the congress called the event "a historic occasion for setting up another milestone in the struggle for the development of the glorious Kimilsungist-Kimjongilist Party." He mentioned his father and grandfather nine times in about 14 minutes. Kim seemed to acknowledge that he is still forced to ride on their coattails, while calling attention to his legitimacy as the third generation in the family line.

Similarly, the leadership appointments announced on the final day of the congress defied predictions by many of an infusion of fresh blood. Kim instead opted for many of the same political heavyweights that were around when his father and grandfather ruled.

Kim's government has executed some 140 people, according to a South Korean expert on North Korea, who contends that Kim remains insecure despite his power over the party and the military. His rush to develop North Korea's nuclear and missile capabilities does not seem to stem solely from a desire to defend the nation from the threat posed by the U.S.