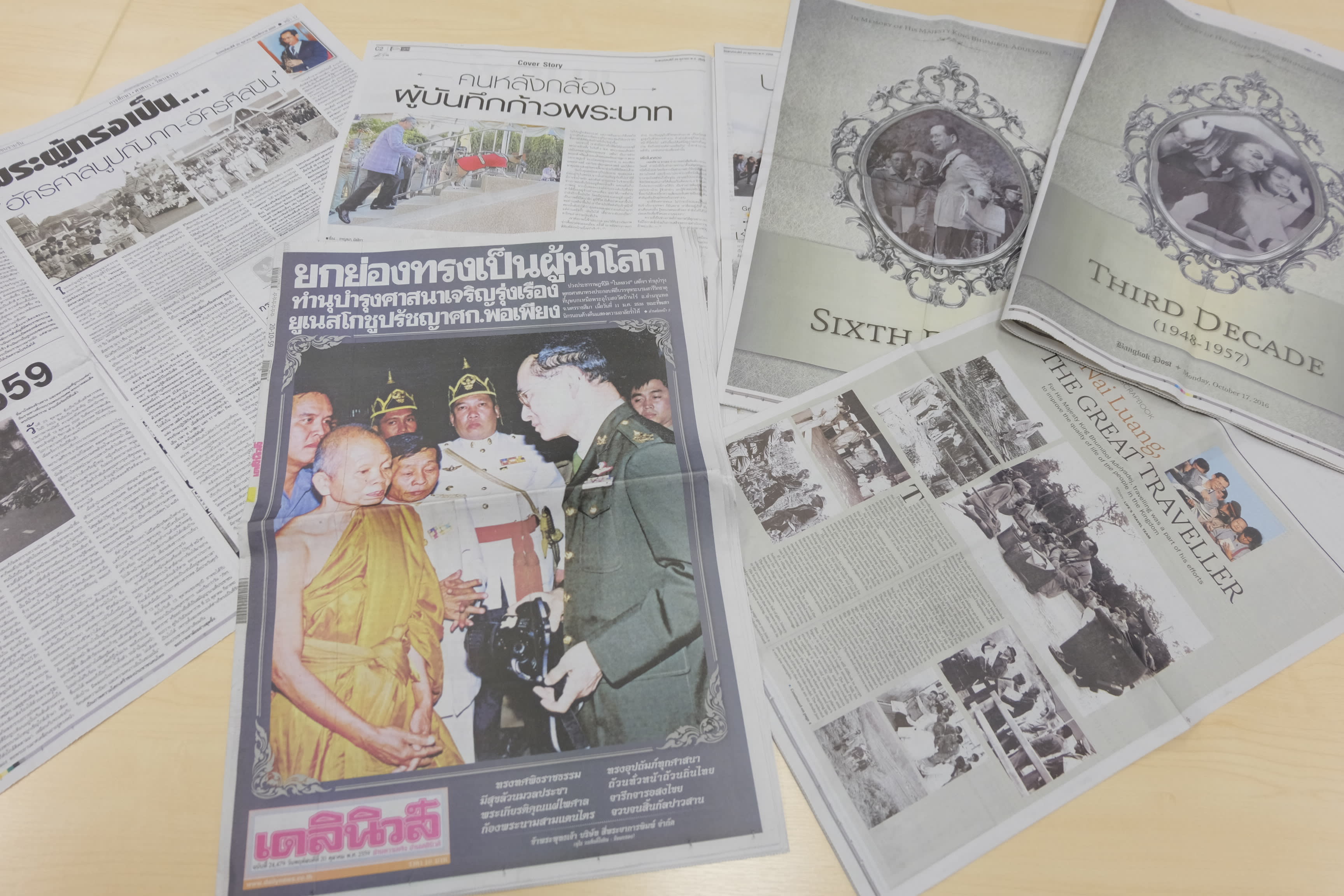 BANGKOK -- Although Oct. 14, the day after King Bhumibol Adulyadej's death, saw some newspaper print-runs fail to meet demand, hard times lie ahead for the media with advertising on course for a tumble.

The government has asked television and radio stations to refrain from airing frivolous content, including light-hearted commercials, for 30 days to pay tribute to the monarch who died on Oct. 13 after a 70-year reign.

The media has had little trouble complying since so many companies have suspended campaigns. Most of the advertising in the past week has been black-and-white condolences from both local and foreign companies, and many billboards have also turned a solemn monochrome.

Facebook has suspended pop-up ads on timelines of Thai users, something the company has never done elsewhere before. Ads are due to reappear there on Friday.

Wannee Ruttanaphon, an advisor to the Media Agency Association of Thailand (MAAT), expects the mourning effect to continue for some time.

"I anticipate that sponsors would be concerned about the sensitivity of Thais even after the 30-day restriction," she said, suggesting the situation will not normalize this year.

Mobile operator True Corp., the country's second largest ad spender according to MAAT statistics, said it has cancelled all ads. "They will be put on hold in this difficult period until the appropriate time," an official said.

Some large companies have engaged production companies to make tributes to the king for airing in November.

Ad spending is expected to fall at least 5% year on year in the final quarter, which is normally the festive peak season, said Wannee. She expects overall spending for the year to be down 5% on 2015 compared to the 3.5% growth MAAT predicted earlier in the year.

The economy's slow recovery has been squeezing ad spend for some time. In the year to August, it was down 4% overall year on year, while newspaper ad revenues fell 17% in the same period.

Demand for print media with special royal pages has been high, with photo-filled features running every day. There have been complete sellouts on some days -- a phenomenon unseen in years. Posts on how to keep newsprint in good condition have been shared widely on social media.