Fiscal discipline goes out the window as Abenomics-style spending returns 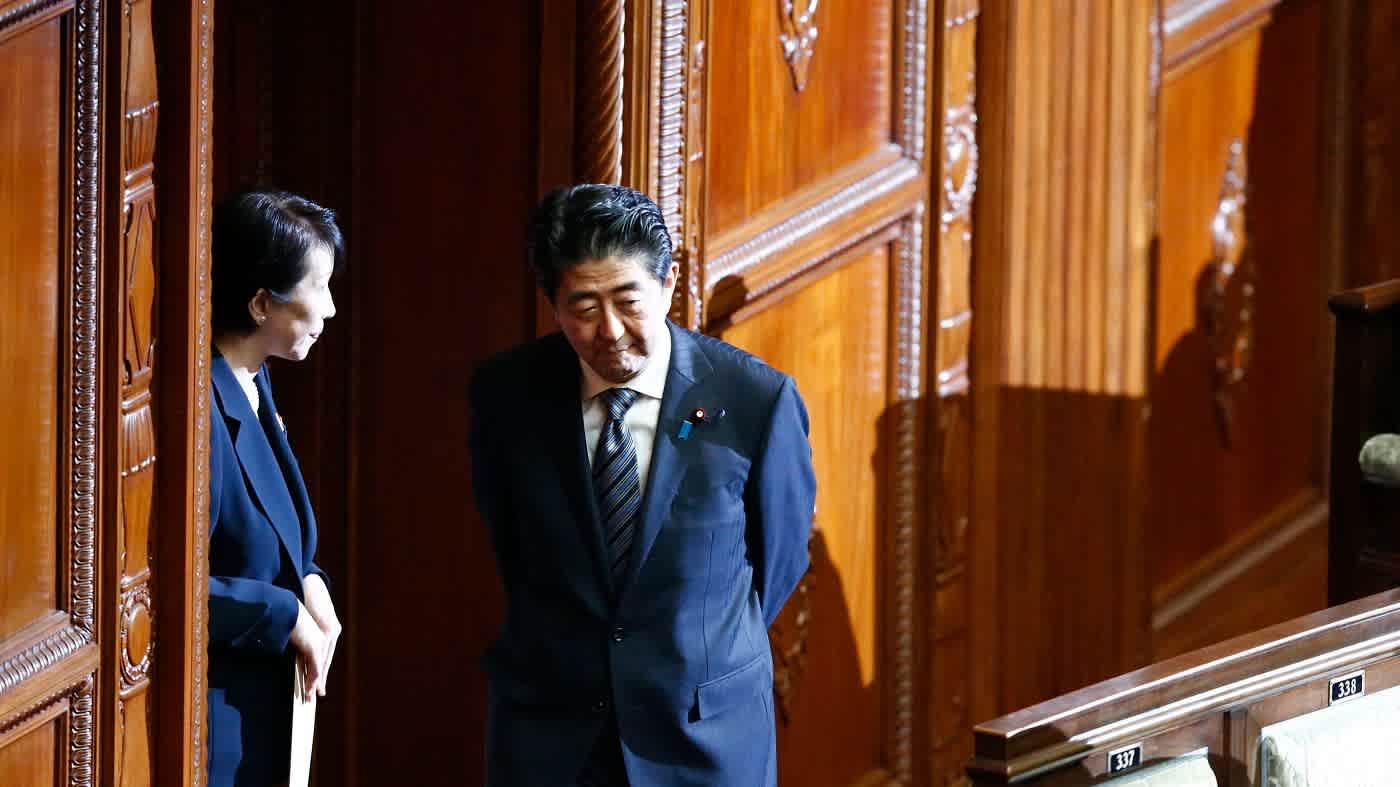 TOKYO -- When Japanese Prime Minister Fumio Kishida visited former Prime Minister Shinzo Abe at the latter's parliamentary office on Wednesday, a large portion of the conversation was about the economy.

"The stimulus needs to be over 30 trillion yen ($263 billion) on a real expenditure basis," he said, referring to direct government spending.

Abe had just become head of the largest faction in the ruling Liberal Democratic Party and he had mentioned the 30 trillion figure in his address to the new "Abe faction" on Nov. 11.

Widely considered to be Japan's most powerful kingmaker, it was Abe's push that cemented the scale of the upcoming stimulus package.

The result is a supersize package approved by the cabinet Friday that includes 55.7 trillion yen in government spending. Combined with private-sector contributions, the entire package amounts to 78.9 trillion yen -- the second largest in Japanese history.

Abe seemed satisfied after the Wednesday meeting, telling his aides that Kishida "took his position into consideration."

Aggressive government spending was one of the three arrows of Abenomics, Abe's signature economic policy during his time as prime minister -- the longest stint in Japanese history. The draft budget for the stimulus ultimately included 500 billion yen for a new fund designed to boost Japan's economic security, up from the original plan for 100 billion yen.

With an upper house parliamentary election coming next year, LDP heavyweights are more concerned about pleasing voters than getting Japan's fiscal house in order. Emboldened by a lower house election win Oct. 31 that gave the ruling coalition a stable majority, pro-spending lawmakers in the party have seized the upper hand over fiscal conservatives.

Nearly 20 trillion yen of government spending will go toward realizing Kishida's vision of a "new capitalism" through distribution, including 2 trillion yen devoted to handouts of 100,000 yen for children 18 and younger as well as 300 billion yen to boost wages for nurses, child care workers and others.

The package also includes spending designed to bolster the economy over the longer term, like 100 billion yen to subsidize cutting-edge battery factories as well as contributions to a 10 trillion yen government fund to aid research at Japanese universities. Over 22 trillion yen will go toward Japan's pandemic response.

LDP policy chief Sanae Takaichi, who had vowed to continue Abenomics while running against Kishida in the party leadership race in September, also backed Abe's calls for greater spending.

During the lower house campaign in October, Kishida pledged to compile tens of trillions of yen in economic stimulus. The push for a supersize package accelerated after the LDP won an absolute majority in the election.

Other party heavyweights like LDP Secretary-General Toshimitsu Motegi, who is in charge of campaign strategies for the upper house election next summer, also advocated for at least 30 trillion yen.

But there are critics, represented by the fiscally conservative Finance Ministry.

In an opinion article ahead of the lower house election, Vice Finance Minister Koji Yano, the agency's top bureaucrat, slammed LDP and opposition lawmakers for engaging in a "pork-barrel battle" with competing promises for economic assistance.

Yet Yano's comment only made the LDP double down. "It was extremely rude," Takaichi said, accusing Yano of "ridiculing every member of parliament." Other party leaders also hit back against the Finance Ministry.

Yano cleared his article ahead of time with then-Finance Minister Taro Aso, another LDP heavyweight. But once Aso left the post to become LDP vice president after the election, there was nobody left in the cabinet who could or would rein in the size of the package.

In all, about 5 trillion yen is dedicated to cash or cash-equivalent handouts to individuals, causing consternation among critics, who believe the measure would boost consumption only temporarily.

In response, the LDP set an annual income cap of 9.6 million yen for households to receive the 100,000-yen child handouts. But critics question whether this cap is too high. Another criticism is that the stimulus needs more measures aimed at fueling medium- to long-term growth.

"We should work to realize our promises from the lower house election as quickly as possible," Kishida told Natsuo Yamaguchi, who leads junior coalition partner Komeito, on Nov. 10.

Spending is only expected to increase ahead of the 2022 upper house election, with few opposed to the idea within the ruling coalition. No push for fiscal discipline is expected to gain momentum until after that vote.