Koike's new Party of Hope to be 'tolerant centrist party'

Draft party principles call for distancing itself from vested relationships 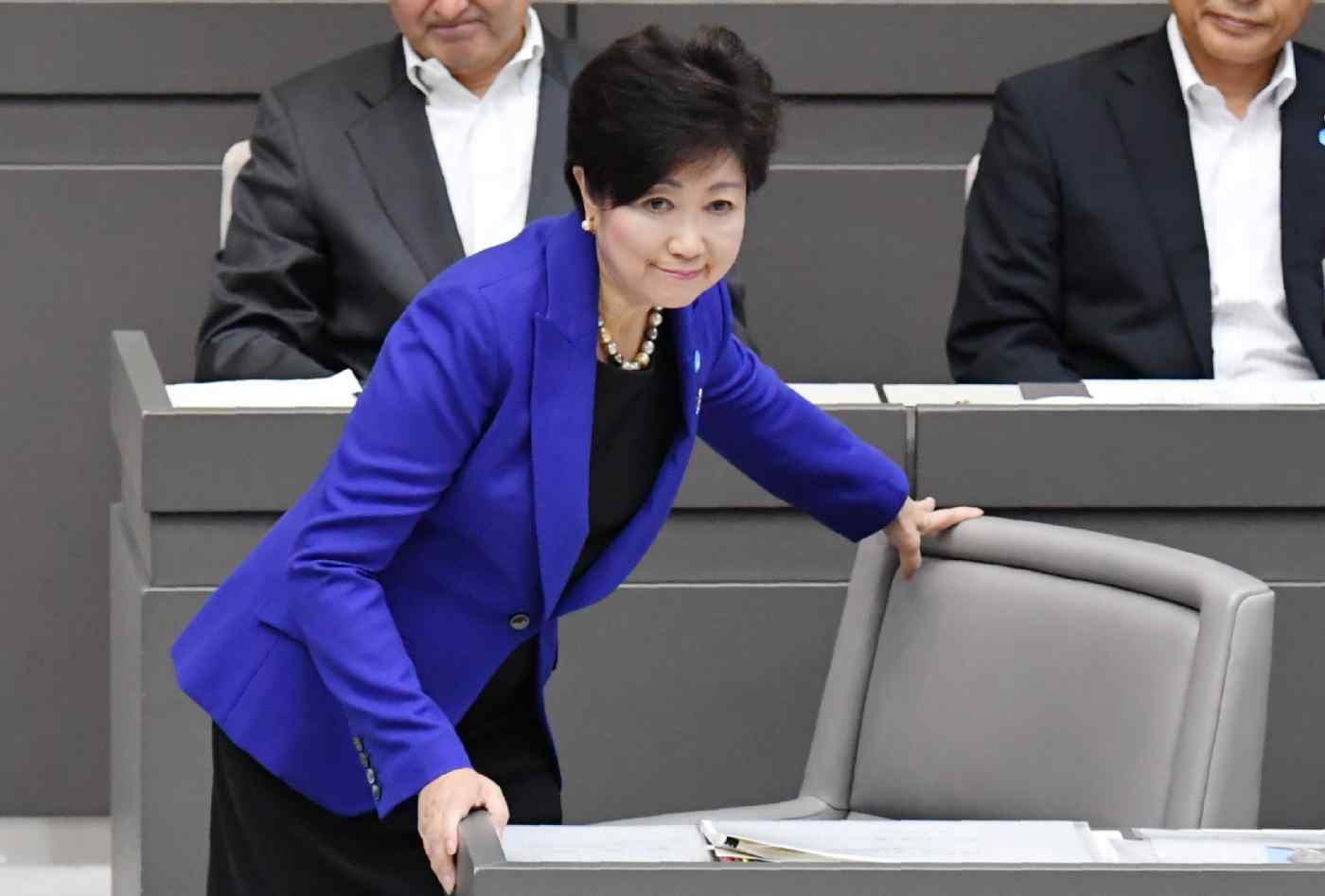 TOKYO -- Tokyo Gov. Yuriko Koike's newly established party will look to gain support from across the political spectrum, according to draft of party principles obtained by The Nikkei Tuesday.

The draft says Kibo no To, or the "Party of Hope," will "seek to become a tolerant centrist party that subsumes the fragmentation of society deepening throughout the world, including in Japan."

The party will publicly lay out its principles at a news conference on Wednesday.

The four-paragraph document calls for transparency and states that the party should distance itself from the "entanglement of personal relationship-based politics that haunts national politics at its deepest levels."

The principles also call for the creation of a "society in which people can live diverse lives based on their respective values."

The document, which makes no reference to the controversial issue of constitutional revision, describes the party's diplomatic and security policy as being "under pacifism [and] built on pragmatism on the assumption of an exclusively defensive posture."

On Monday, Kibo no To reported its foundation to the internal affairs minister through the Tokyo Metropolitan Government Election Administration Commission.

The report bore the names of nine members, including Masaru Wakasa, a close aide of Koike, and Goshi Hosono, who recently left the Democratic Party, the country's main opposition group.