Young lawmaker held up as next prime minister despite thin resume 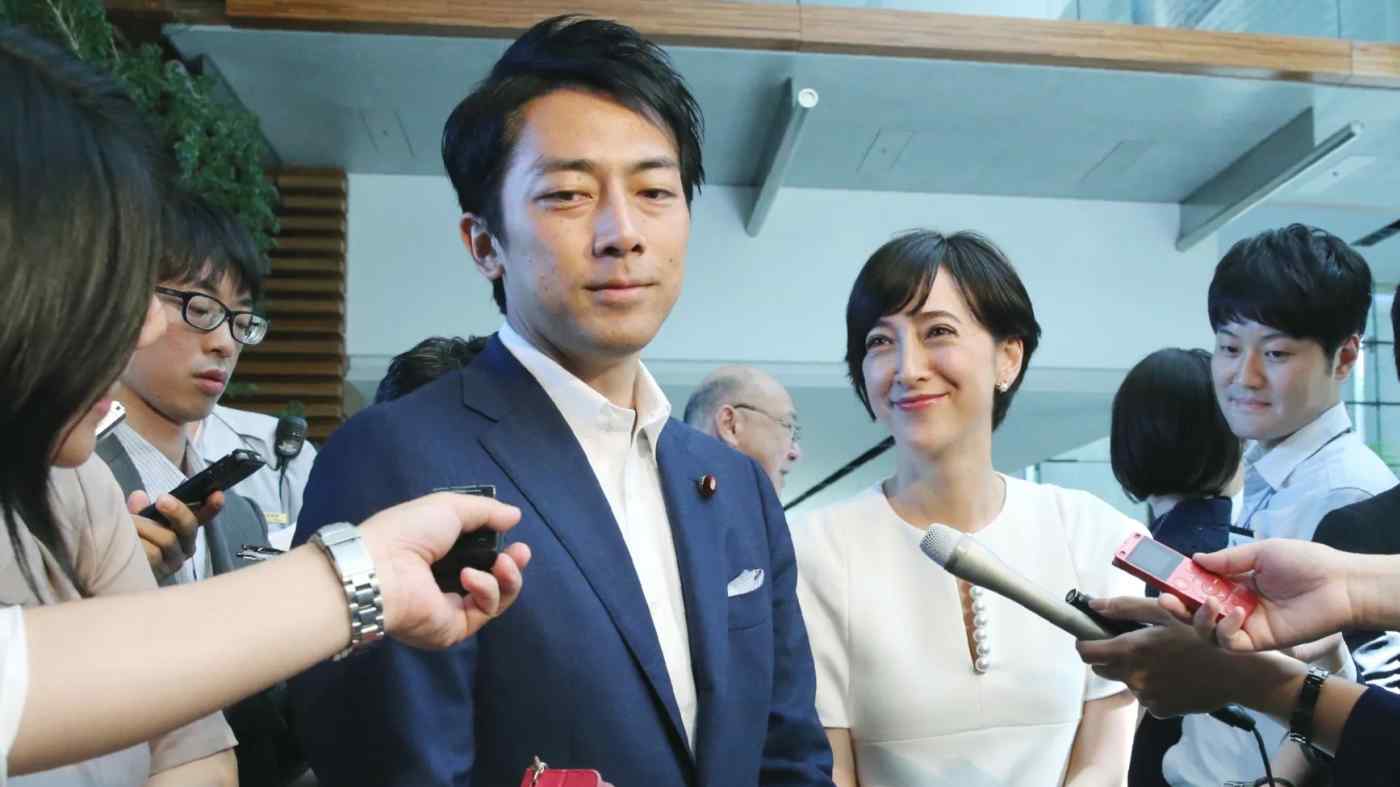 TOKYO -- When Shinjiro Koizumi takes over as Japan's new environment minister, the 38-year-old lower house member will have a chance to prove that he can walk the walk.

Koizumi announced his engagement to television personality Christel Takigawa on camera Aug. 7 on a visit to the prime minister's official residence. Takigawa, of French and Japanese background, once drew international attention for using the word omotenashi (hospitality) in a speech as ambassador for Tokyo's bid to host the 2020 Olympics.

"If he is willing to do it, I would not object," Abe's right-hand man said.

Koizumi has a strong political pedigree as a son of former Prime Minister Junichiro Koizumi. He is known as a gifted speaker who sounds like he could be a future prime minister. Major news polling shows Koizumi as one of the most likely successors to Abe.

That said, Koizumi's cachet is more about his popularity than his actual record. He has won just four lower house races so far. A signature agenda item -- reforming the legislature to be more productive by the close of the just-ended Heisei era -- remains largely unfulfilled. Koizumi has enjoyed only marginal success in pushing through agriculture and entitlement reforms.

Koizumi has a spotty record in toeing the line of the ruling Liberal Democratic Party, having criticized the Abe government. He voted for former Defense Minister Shigeru Ishiba over Abe in the LDP presidential elections of 2012 and 2018.

Koizumi stumped for candidates in the run-up to July's upper house election, but Abe's and Suga's speeches are said to have been more dynamic. Despite his previous reluctance to join Abe's cabinet, Koizumi likely answered the call this time to repair his reputation.

LDP Secretary-General Toshihiro Nikai described Koizumi as a promising and active lawmaker in a late-August news conference. But when asked about Koizumi's political rise, Nikai said Koizumi had gotten no special favors.

"Youth should not be the only asset," he said.

Koizumi and Takigawa's baby is due early next year. Koizumi has indicated that he is considering taking parental leave. He has also touched on whether his fiancee could keep her maiden name, a controversial issue within the LDP.

"If an environment for keeping both surnames were in place, I think that could be a possibility," he said.

As a cabinet minister, Koizumi will attract even greater attention with his every move. And criticism is sure to follow if his performance does not live up to his popularity.