Japarov grabs about 80% of vote, with referendum to grant him greater power 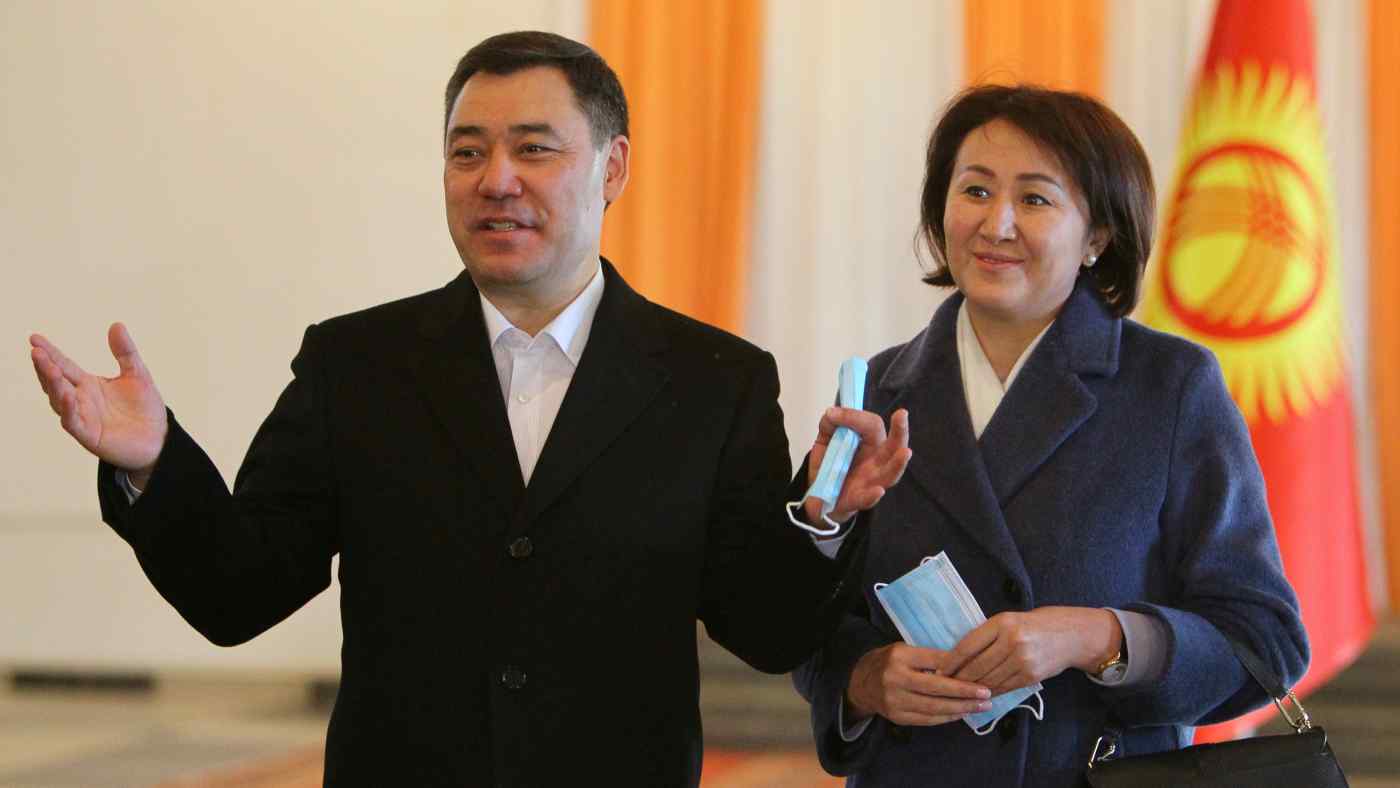 Sadyr Japarov and his wife Aigul pose for a picture after casting their ballots in Kyrgyzstan's presidential election in Bishkek on Jan. 10.   © Reuters
January 11, 2021 00:25 JST | Kyrgyzstan
CopyCopied

BISHKEK (Reuters) -- Nationalist politician Sadyr Japarov won a landslide victory on Sunday in Kyrgyzstan's snap presidential election, which was triggered by the collapse of the previous government.

Japarov has won almost 80% of the vote in the Central Asian nation which is closely allied with Russia, preliminary results cited by Kyrgyzstan's Central Election Commission showed, meaning there will be no run-off.