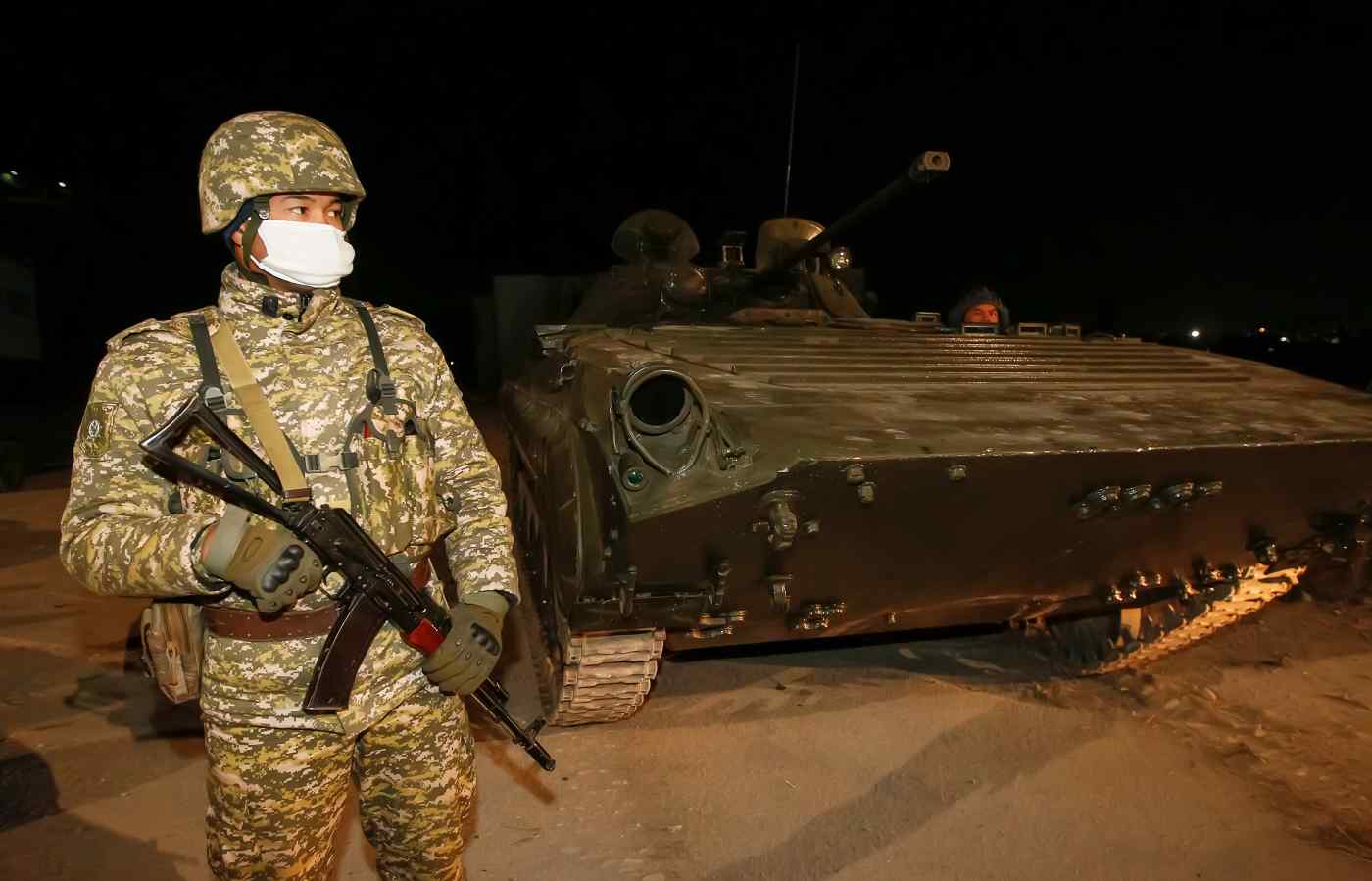 A member of Kyrgyz armed forces guards during a curfew after President Sooronbai Jeenbekov declared a state of emergency in the capital and ordered troops to be deployed there, in Bishkek, Kyrgyzstan October 10.   © Reuters
October 11, 2020 09:10 JST | Kyrgyzstan
CopyCopied

Jeenbekov's allies in parliament elected a new prime minister, moving to impose order on what close ally Russia has called a state of political chaos a day after the president deployed troops in and around the capital Bishkek.