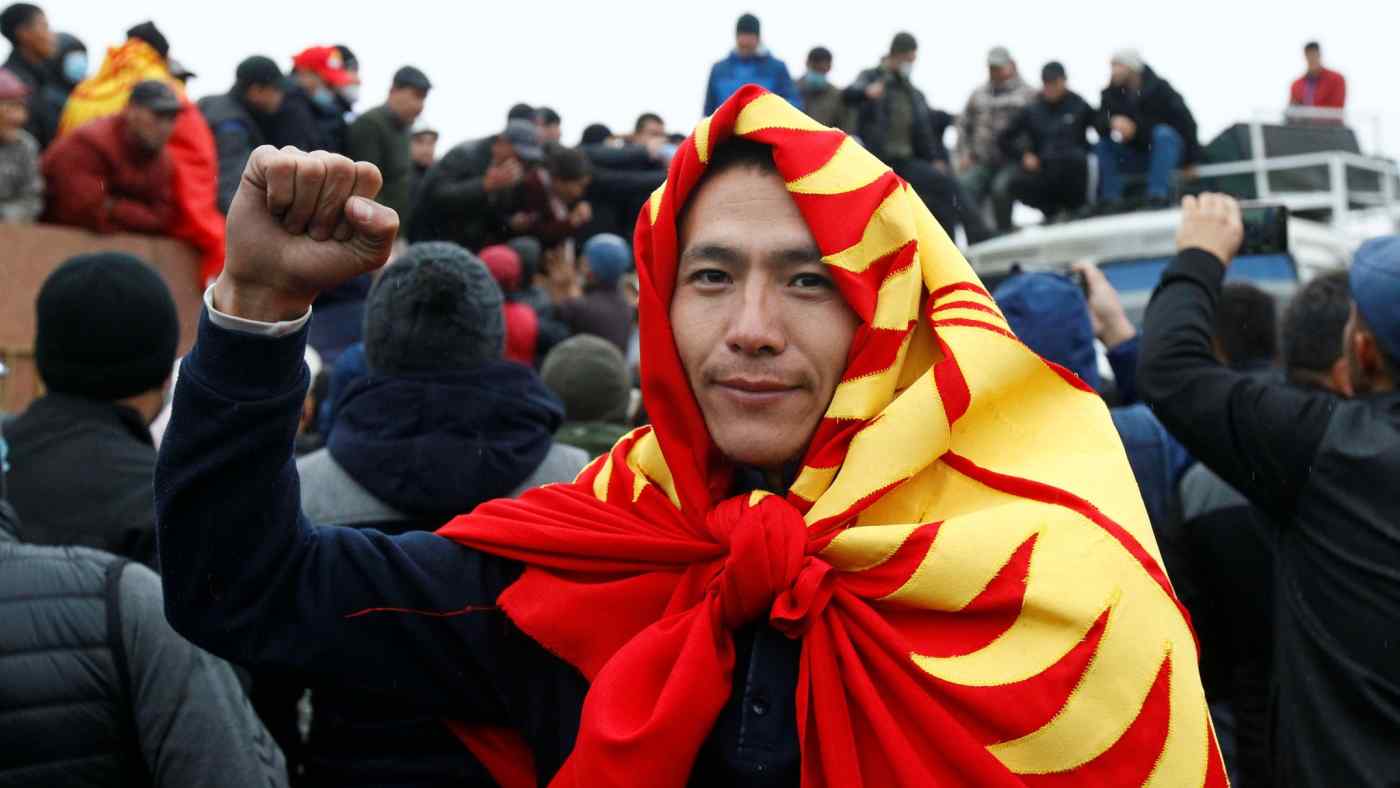 A demonstrator wears the Kyrgyzstan national flag during a protest against the results of a parliamentary election in the capital Bishkek on Oct. 6.   © Reuters
PAUL BARTLETT, Contributing writerOctober 7, 2020 03:57 JST | Kyrgyzstan
CopyCopied

ALMATY, Kazakhstan -- A chaotic night of revolt in Kyrgyzstan, in which protestors stormed the president's office and other key government buildings, has plunged the country into an uncertain political future, with no clear picture of who is in charge of the country.