Russia watches closely as citizens weigh voting 'against all' 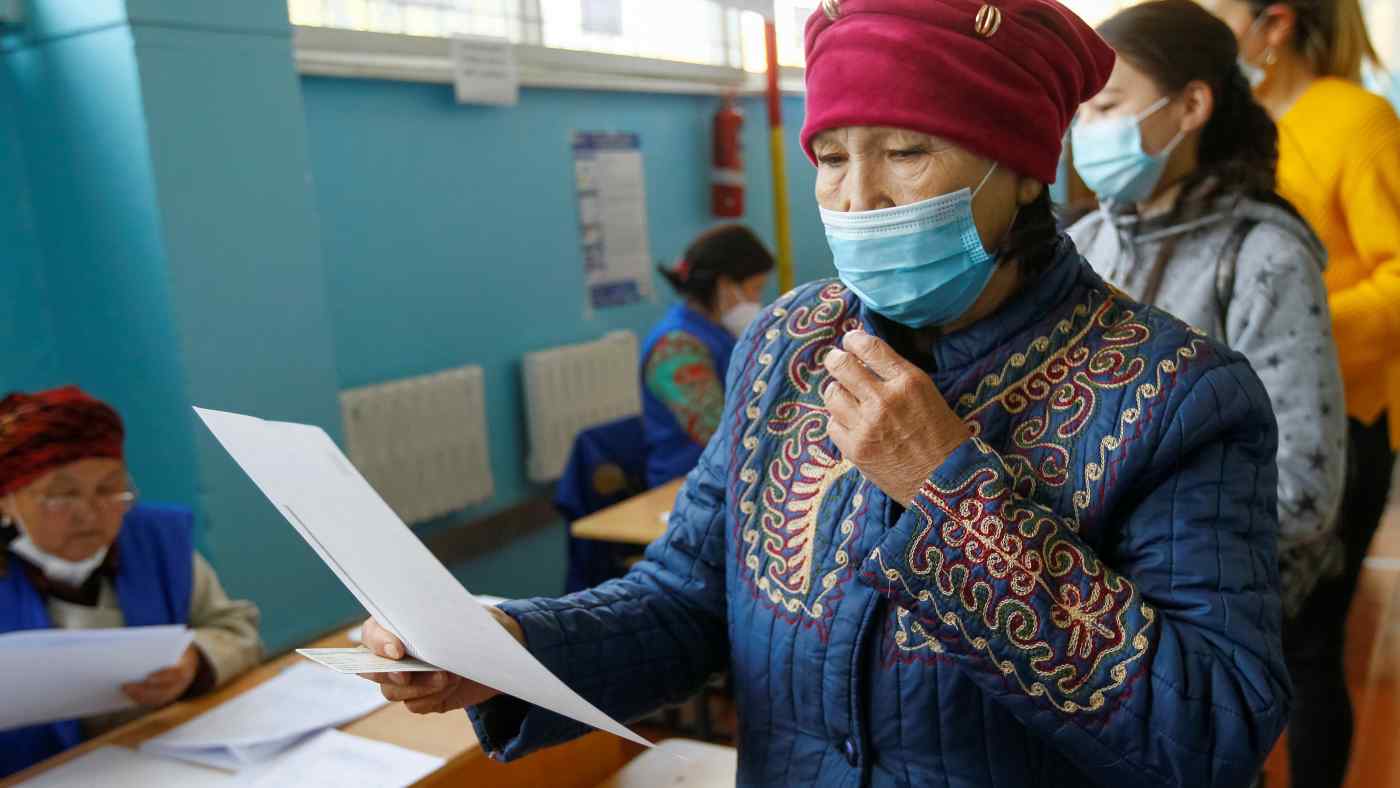 A voter studies a ballot during the parliamentary election in the village of Besh-Kungey, Kyrgyzstan, on Oct. 4.   © Reuters
October 4, 2020 19:30 JST | Central Asia
CopyCopied

BISHKEK (Reuters) -- Kyrgyzstan held a parliamentary election on Sunday with many voters disillusioned with the political elite and anxious about the worst economic crisis in two decades.

President Sooronbai Jeenbekov's supporters look likely to win a significant number of seats in the legislature in the Central Asian country, a close ally of Russia.

But the current pro-presidential ruling coalition is certain to be upset due to internal splits in the two major political groups, testing the president's ability to forge new political alliances.

"There is less and less democracy, systemic opposition is virtually non-existent," Nasyrbek Attokulov, a 50-year-old university lecturer, said after casting his ballot in Bishkek.

The campaign was marred by allegations of vote-buying, and an August opinion poll ordered by the U.S.-backed International Republican Institute showed that 15% of respondents favoured the idea of voting against all parties.

A total of 16 parties are contesting 120 seats in the single-chamber parliament. If none of them wins more votes than the "Against all" option, a new election would have to be called.

The economy and corruption topped voters' concerns. The European Bank for Reconstruction and Development expects Kyrgyzstan's gross domestic product to plunge 9.5% in 2020 due to the pandemic and take years to recover.

"The economic situation is terrible," said a businessman, who identified himself only by his first name Kanat, speaking at a polling station where officials let in voters in small groups after measuring their temperature as a coronavirus precaution.

"We need to establish the rule of law."

The country of 6.5 million people has a history of political turmoil: in the past 15 years, two presidents have been toppled by revolts and a third is in prison after falling out with his successor.

Further instability would be a concern to Russia. Moscow operates a military airbase in the former Soviet republic and is already dealing with major crises involving its allies Belarus and Armenia.

Two parties that won more than a half of the seats in the 2015 election have split ahead of Sunday's vote, and some of their MPs including Jeenbekov's closest allies are seeking reelection under new banners.

Results of the election are likely to be known on Sunday night or on Monday, but given the fractured nature of the parties, it could be days or weeks before a government is formed.