As early burial at sea backfires, Beijing responds with 'forced travel' of dissidents 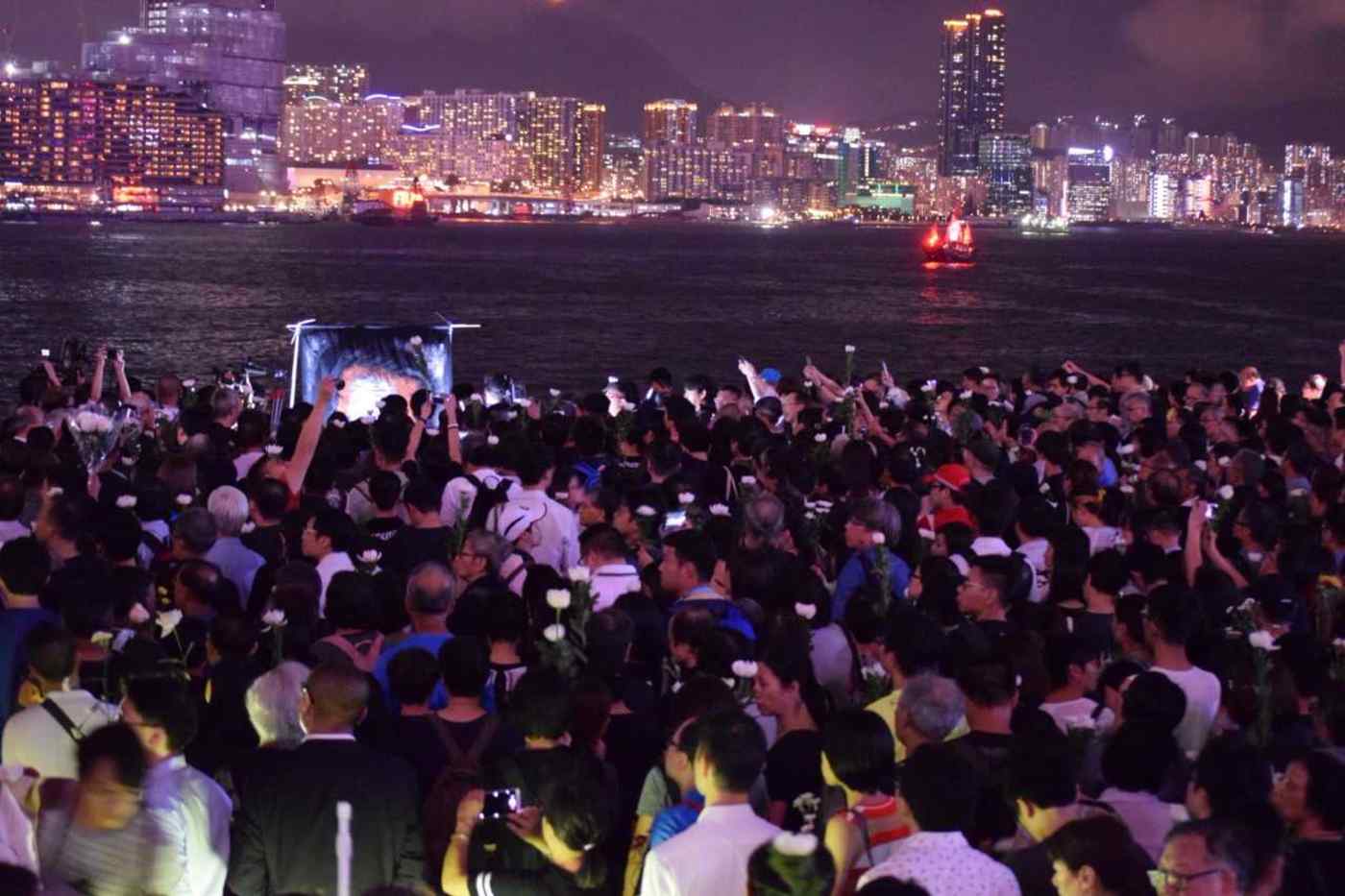 A crowd gathers around a portrait of Liu Xiaobo by Victoria Harbor at a memorial on July 19. (Photo by Kenji Kawase)
KENJI KAWASE, Nikkei deputy editorJuly 20, 2017 06:25 JST | China
CopyCopied

HONG KONG -- The ceremony was held by the sea. On the seventh day following the passing of Liu Xiaobo, the pro-democracy activist and 2010 Nobel Peace Prize laureate who died on July 13, hundreds gathered on Wednesday night by Victoria Harbor, his ashes having been buried in sea last Saturday.

The seventh day after a person's death -- called touqi in Mandarin and tauchat in Cantonese -- is a traditional day of mourning for Chinese.