Mahathir says Najib to be charged soon over 1MDB scandal

'No deal' with ex-leader in probe into missing money, prime minister declares 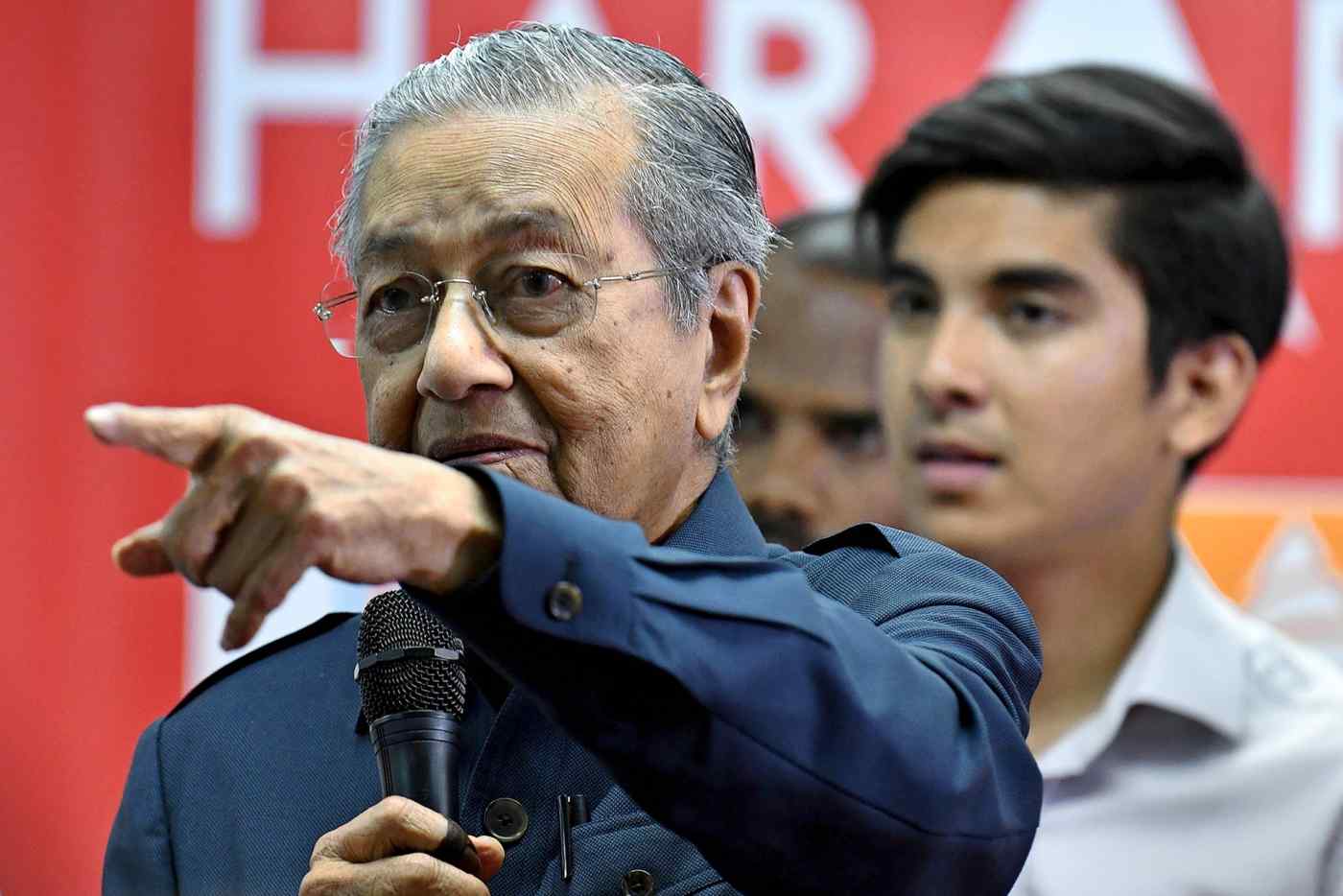 SINGAPORE -- Malaysian Prime Minister Mahathir Mohamad said on Tuesday that he expects to be able to bring charges soon against predecessor Najib Razak over the corruption scandal that helped sweep the new leader's Alliance of Hope coalition into power.

"We think that within a short while we will have a case against him -- we will be able to charge him," said Mahathir, speaking via video link to a Wall Street Journal conference in Tokyo. He also asserted that "no deal" would be struck by his government even if Najib offered to return money allegedly funneled from state investment fund 1Malaysia Development Berhad.

A final decision will be made after gathering information concealed by the previous administration, the prime minister said.

Reuters reported on Tuesday that Attorney General Apandi Ali declined to look further into evidence found by the Malaysian Anti-Corruption Commission in late 2015 that 42 million ringgit ($10.6 million) was transferred from a former 1MDB subsidiary into an account belonging to Najib. The Reuters report cited a member of a panel that reviewed the commission's case files.

Mahathir on Monday forced Apandi to go on leave, in effect ousting him. Treasury Secretary-General Irwan Serigar Abdullah, who also serves as chairman of 1MDB, was removed as well. The prime minister is clearing out Najib appointees while pursuing a speedy probe into the scandal and a return of the missing money.

With the campaign against Najib, Mahathir hopes that quick action against the corruption that drove voters to throw out the old ruling coalition will meet the public's expectations and get his government off to a smooth start.

It also serves as a way to score quick points at a time when progress elsewhere is likely to be slow. The new government had planned to announce heads of 10 major ministries as early as Saturday, but just three have been selected so far. Carrying out the coalition's ambitious manifesto is likely to prove difficult as well.

Mahathir, who led Malaysia from 1981 to 2003 and brought up younger leaders, including Najib, sought to distance his new government from the old culture of corruption in a television appearance Sunday. He declared that no donations can be accepted without the cabinet's knowledge and permission.

The 92-year-old prime minister, who staged a stunning comeback last week after a hiatus from politics, said Tuesday that he expects his one-time deputy Anwar Ibrahim, a prominent coalition figure now imprisoned on sodomy charges, to be freed Wednesday after receiving a royal pardon.

Mahathir had said before last week's election that he would hand over power after Anwar wins a seat in the legislature. "Maybe lasting one or two years, I will have to be the prime minister," he said on Tuesday.