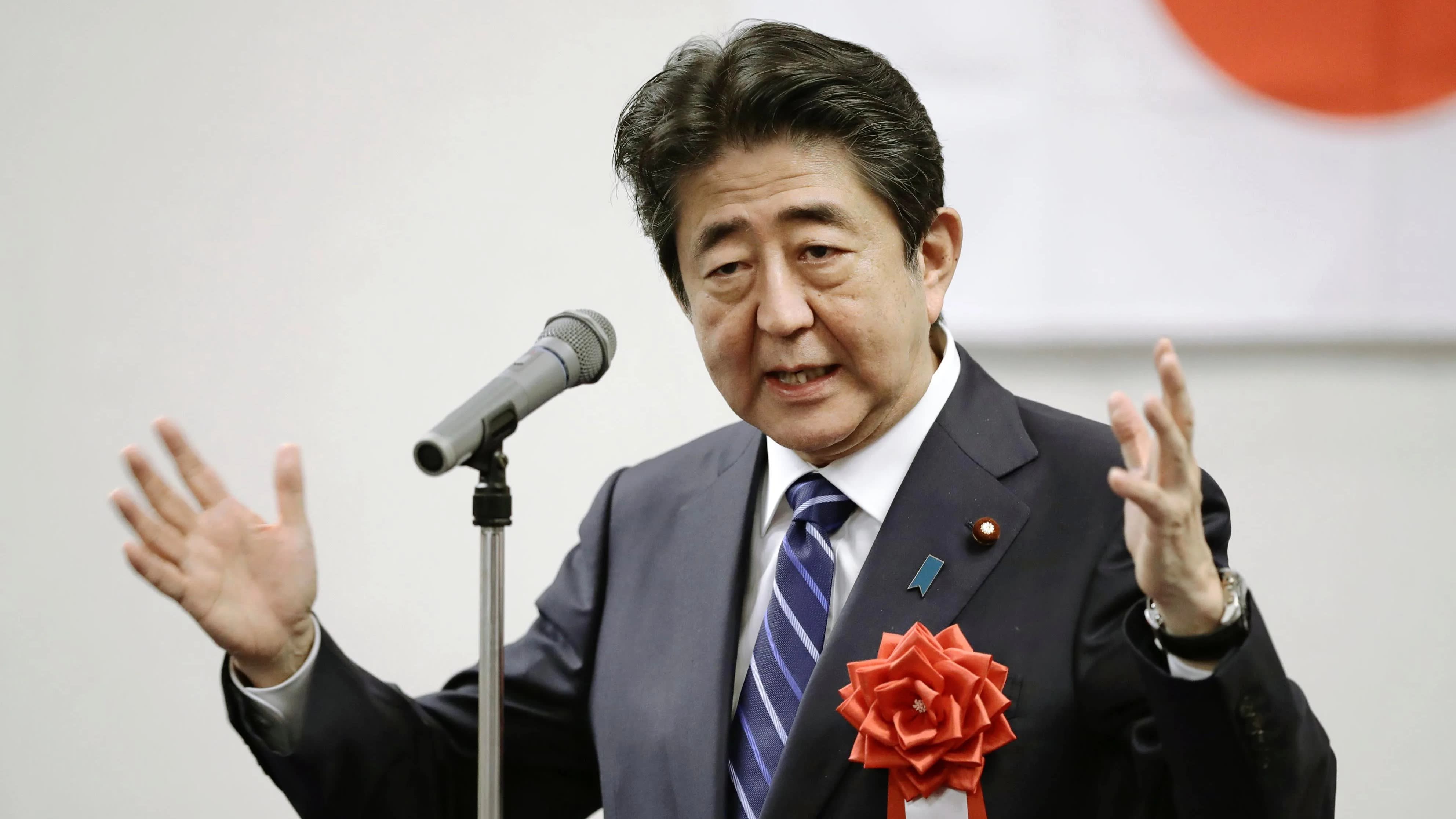 A continued majority for the Liberal Democratic Party and junior coalition partner Komeito was preferred by 55% of respondents, while 34% favored a different outcome.

Holding on to the majority is key to Abe's goal of amending Article 9 of Japan's pacifist constitution to enshrine the role of the Self-Defense Forces.

The poll also found that 46% would support Abe meeting with North Korean leader Kim Jong Un without any preconditions, against 37% who would opposed such a summit.

Younger generations showed greater backing for Abe's upper house majority, which drew support from 68% of those under 40 compared with just 47% of those 60 and older.

Support for amending the constitution appears to be waning in general, with 37% for and 45% against -- roughly a reversal in public opinion from May 2017.

The LDP remained the most popular pick in the upper house parliamentary election, with 44% saying they wanted to vote for a candidate from Abe's party. The main opposition Constitutional Democratic Party garnered only 14%.

Japan's social welfare system was the top election issue for poll respondents in a multiple-choice question, following a recent report by a Financial Services Agency panel that estimated Japanese couples will be short 20 million yen ($185,000) in their retirement. The controversial finding was later shelved.

Overall, 62% of respondents thought individuals should make up for the retirement shortfall themselves through investments and other means, while just 24% wanted to increase pension payments even if it meant higher taxes and premiums. Younger respondents leaned more heavily toward personal responsibility for old-age savings.

The poll was conducted through random-digit dialing from Friday to Sunday. It received 936 responses from those 18 or older.