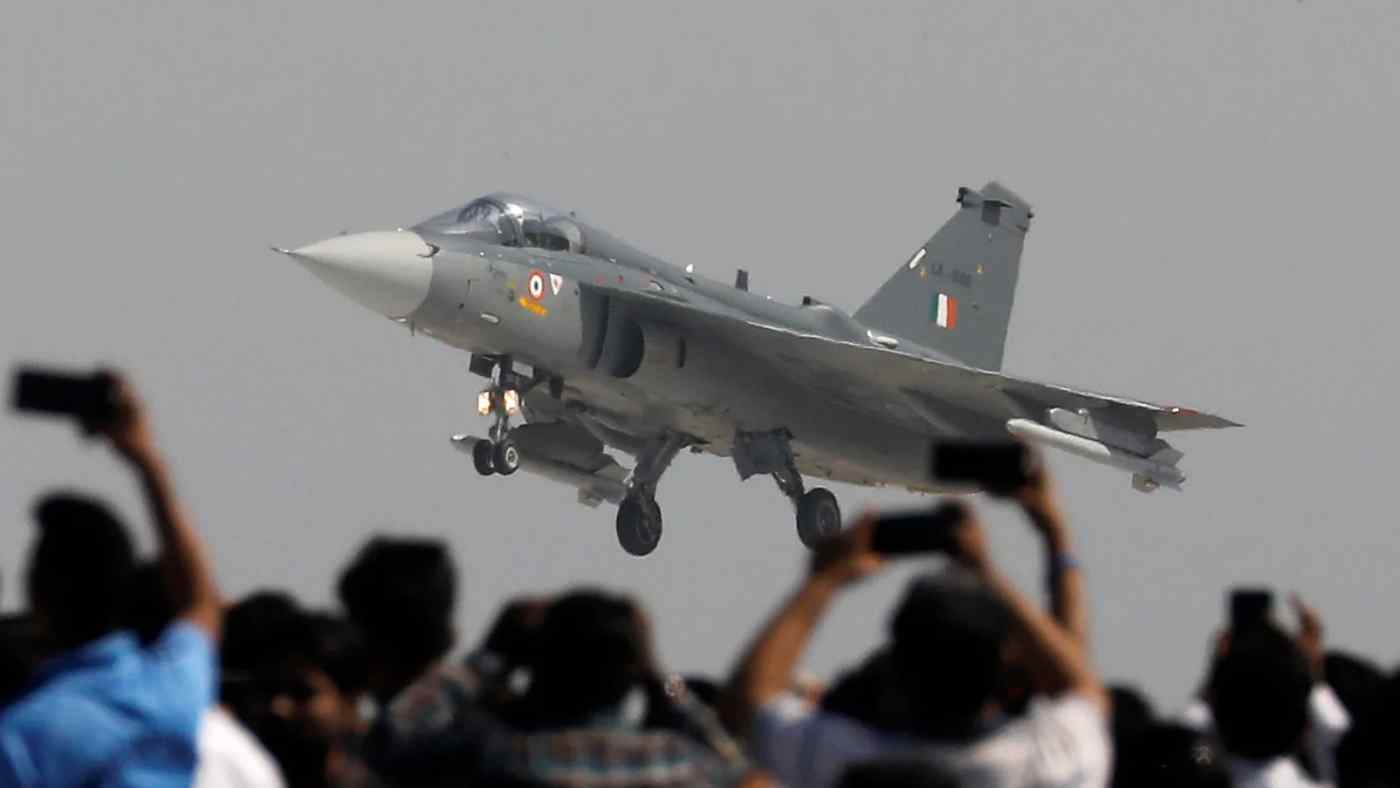 India's light combat aircraft Tejas lands at an airbase on the outskirts of New Delhi in October. The fighter is claimed to be a good choice to upgrade Malaysia's air force.   © Reuters
KIRAN SHARMA, Nikkei staff writerNovember 24, 2019 13:54 JST | India
CopyCopied

State-run Hindustan Aeronautics, manufacturer of the single-engine jet touted as the world's lightest supersonic fighter, appears keen to submit a bid early next year to supply up to 36 of the aircraft to the Royal Malaysian Air Force, according to defense-related sources who spoke on condition of anonymity.