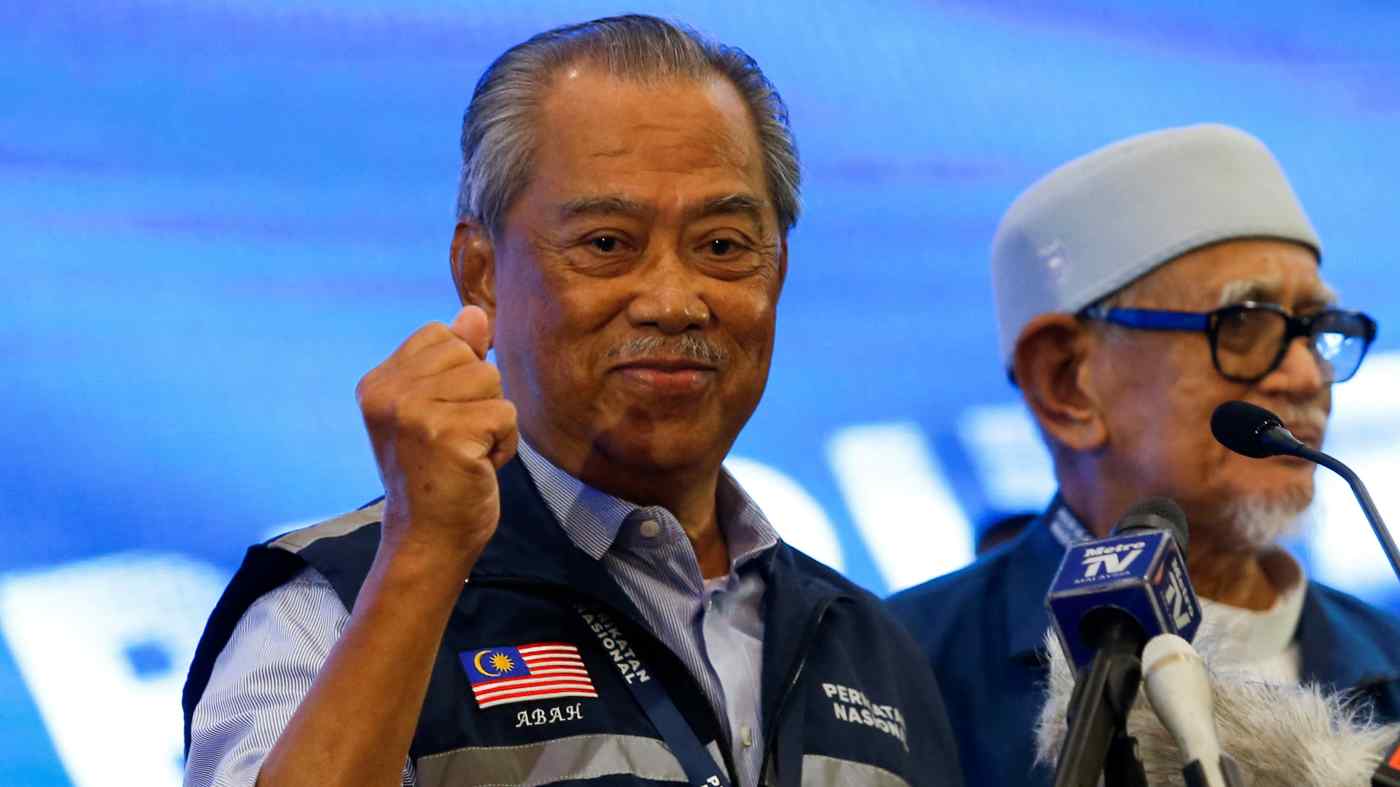 Muhyiddin Yassin, a former Malaysian prime minister, at a news conference in Shah Alam after Malaysia's 15th general election on Nov. 19, appeared on Sunday night to be on course to return to the premiership.   © Reuters
P PREM KUMAR and CK TAN, Nikkei staff writersNovember 20, 2022 19:30 JSTUpdated on November 20, 2022 22:57 JST | Malaysia
CopyCopied

KUALA LUMPUR -- A day after Malaysians cast their ballots in a general election that produced no outright winner, the National Alliance coalition led by former Prime Minister Muhyiddin Yassin, which won the second largest number of seats, claimed on Sunday that it had "secured enough support" to form the new government after gaining the support of parties on Borneo Island.

The federal polls resulted in a hung parliament since no party achieved a simple majority. Two statements released on Sunday afternoon broke the silence after major political parties entered into behind-the-scene negotiations to find a political formula to form a government.