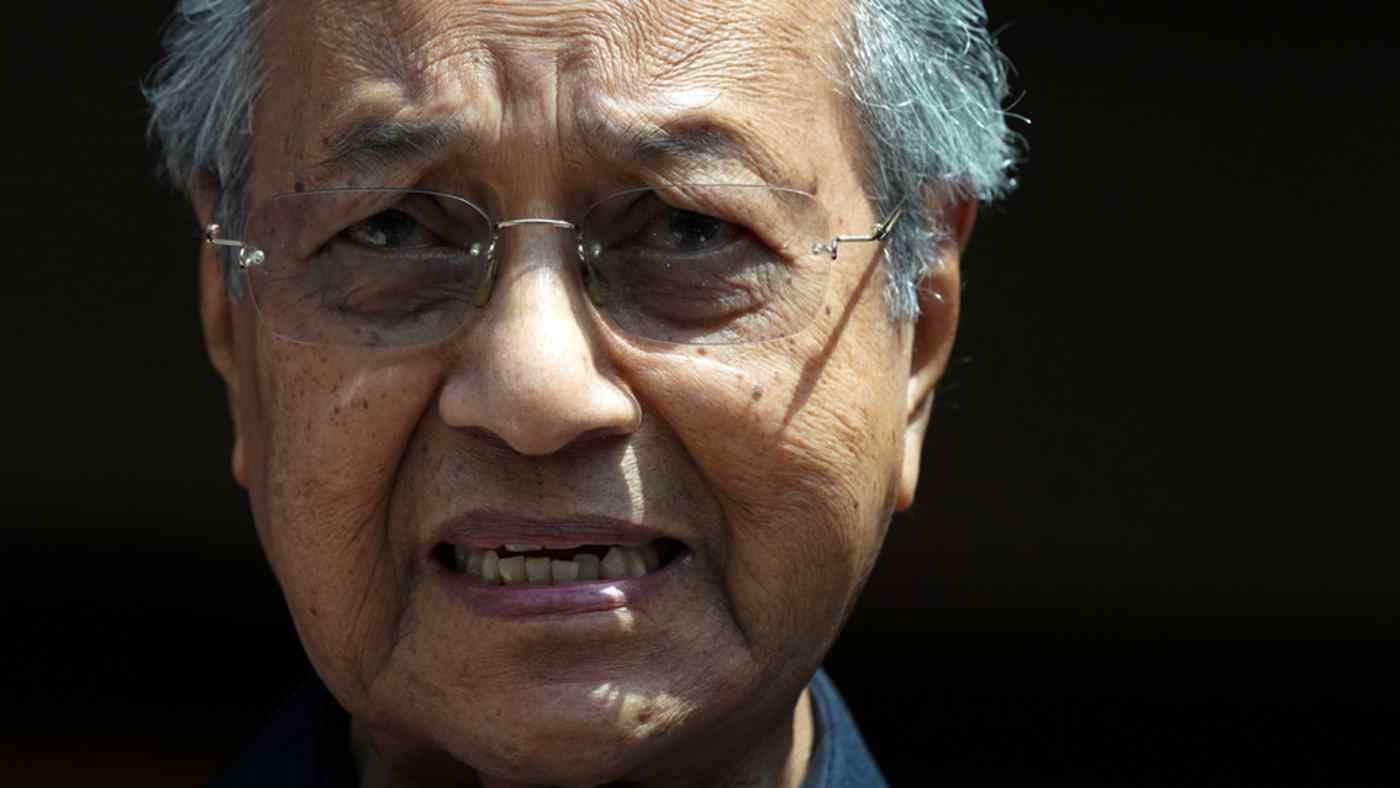 Malaysia's new Prime Minister Mahathir Mohamad has promised to abolish the country's goods and services tax, but it is unclear how his government plans to make up for the shortfall in revenue.   © Reuters
CK TAN, Nikkei staff writerMay 15, 2018 18:25 JST | Malaysia
CopyCopied

KUALA LUMPUR -- Investors have seemingly adjusted to the surprise victory of Mahathir Mohamad's opposition coalition in last week's lower house election in Malaysia. Markets saw little movement in the aftermath of the vote, yet many remain cautious ahead of what is likely to be a complicated transition period.

The country's benchmark Kuala Lumpur Composite Index closed down 0.1% on Tuesday as the expected market turbulence failed to materialize.

However, there is a sense of uncertainty among investors over what lies ahead, particularly during the first 100 days of the new administration as it seeks to deliver on its campaign promises.

"Although there was an improving intraday trend, we expect some level of volatility to remain at least in the near term," wrote Ambank Group Research on Tuesday.

The new administration, which will be built around 10 core ministries, has a number of election pledges on which it needs to deliver.

The coalition vowed to abolish the 6% goods and services tax introduced by the previous government to offset a fall in oil and gas revenue. The levy has been unpopular since its introduction in April 2015, with lower and middle income groups blaming it for a significant rise in the cost of living.

The tax contributed 18% of state revenue in 2017, and how the new government plans to mitigate the loss of income remains unclear.

Zeti Aziz, Malaysia's former central bank governor said the reforms would be taking place at a "very positive time." Zeti is one of five members of the "Group of Eminent Persons" appointed by Mahathir to assist during the transition period.

She told state news agency Bernama on Monday that, with oil trading above $70 per barrel, there was "some breathing space" for policymakers to make adjustments that could increase the disposable income of lower and middle income households.

Zeti is no stranger to market uncertainty; she was appointed by Mahathir during his previous term as prime minister to steer the central bank through the Asian financial crisis. Under her watch, the country's economy recovered thanks to the implementation of capital controls that pegged the currency against the dollar.

On Monday, Mahathir instructed the Ministry of Finance to review the midterm budget in order to cut expenses. Some big ticket projects may be reconsidered, something Zeti said was necessary to improve the country's balance of payments.

"We have done it before and we will do it again," she said.

The coalition also promised to gradually scrap tolls on the country's expressways. Most toll road operators are companies with ties to the state, making it easier for the government to renegotiate contracts.

State-linked companies, which account for over a third of the top-100 listed on the country's stock exchange, are set to come under increased scrutiny. Mahathir has entrusted the restructuring of these companies to Daim Zainuddin, the leader of the group.

Daim, a two-term finance minister during Mahathir's previous stint in power, has instructed the institutional fund managers that control these companies to undertake a review of state projects.

One of the more significant changes expected will be the removal of certain politicians from the boards of the companies. Such measures are designed to strengthen governance and accountability, and make good on another election promise of rooting out corruption.

Financially strong funds could be given more of a free hand to invest and prop up the country's stock exchange, in line with the government's desire for an increase in capitalization.

If abolishing the GST does result in an increase in disposal income, consumer goods companies and banks such as Malayan Banking,or Maybank and Public Bank may become targets for investment.

The victory of Mahathir's Pakatan Harapan, or Alliance of Hope, over the Barisan Nasional, or National Front, of incumbent Najib Razak marks the first change in government since the country won independence in 1957.

Mahathir is set to name the remaining seven members of his cabinet in the coming weeks. The new prime minister has said he will lead a smaller cabinet than that of his predecessor, which was comprised of over 60 ministers and deputy ministers holding posts at 25 ministries.

Wherever possible, Mahathir said, he would seek to include candidates put up by the different parties that make up the coalition, including members from states on the island of Borneo.

Anwar Ibrahim, a de facto co-leader of the coalition, is set to be released from prison on Wednesday, pending a royal pardon. Anwar, who has been incarcerated since 2015 on allegedly trumped-up sodomy charges, is expected to be named in Mahathir's cabinet once he recovers from a shoulder injury. Anwar served as Mahathir's deputy for several years until he was sacked in 1998 following disagreements over how to resolve the financial crisis.