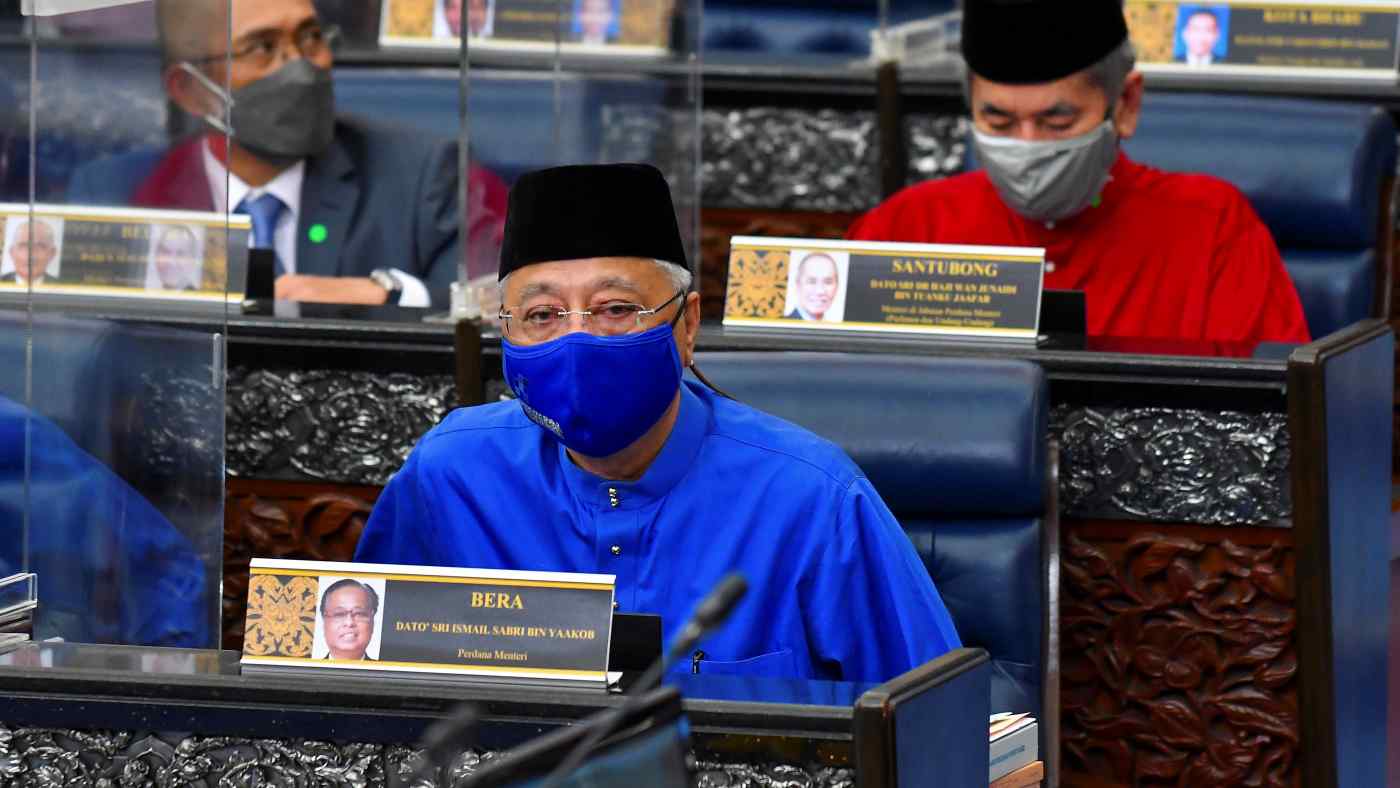 KUALA LUMPUR -- A rare period of calm in Malaysia's stormy politics may be nearing its end, with sources saying Prime Minister Ismail Sabri Yaakob faces growing pressure within his own party to call an election.

Ismail Sabri, 62, is now entering his sixth month in office, after predecessor Muhyiddin Yassin was forced to resign due to a lack of majority support in parliament. The prime minister has signaled his intention to stretch his administration until its term expires in August 2023, according to one well-placed source who spoke on condition of anonymity.