Mahathir doles out cash to win over disgruntled Malaysian public

KUALA LUMPUR -- The Malaysian government has revived measures its leader once deemed as cynical ploys to win votes following criticism that it has not done enough to lower the cost of living.

Unmarried Malaysians from lower income groups and students in public universities will get a one-off payment of 100 ringgit ($25) each next month aimed at reducing their financial burdens, the government said last week.

Such measures, first introduced by former Prime Minister Najib Razak a few years ago -- although the amount and mechanism differed slightly -- were scrapped by the current administration under leader Mahathir Mohamad. As the opposition then, Mahathir criticized Najib for dishing out cash to buy votes.

But nine months after winning the historic election fought on a platform of anti-corruption and improving livelihoods, the new government finds itself facing a similar problem - an electorate frustrated with high costs of living.

Mahathir admitted that his government has not done enough to fulfill his election promises.

"Yes, the criticism from the people is bound to come because we did not abolish tolls," the 93-year-old leader said on Monday, referring to the promise to remove charges for using expressways.

The government announced on Saturday that it has began talks with Gamuda with the aim of acquiring the highway operator's stake in four toll roads linking Kuala Lumpur and its suburbs. If successful, the government will change the toll mechanism and charge users only during peak hour.

The announcement along with the two cash handout decisions were made within a week, reflecting the government's unease over increasing criticism mounted by Najib. The former leader, who is awaiting trial for over 40 counts of corruption and money laundering charges, has employed the same playbook once used against him by the opposition before the May election, attacking the government for failing the people, especially the lower income group.

"After my attack, the [ruling] government suddenly announced cash payout for singles," Najib posted on his Facebook page on Feb. 20.

Writing mainly in Malay, he appears to be reaching out to the lower income group within the Malay community, the country's biggest political base. He even used a meme Malu apa bossku, translated as "What is there to be embarrassed of, my boss?" to campaign for the opposition candidate in an upcoming by-election.

Yet, analysts dismissed the rise as an indication that Najib is back in public favor. Far from it, it is a sign of growing resentment against the ruling coalition for failing to fulfill its election manifesto, according to James Chin, an academic at the University of Tasmania specializing in Malaysian politics. 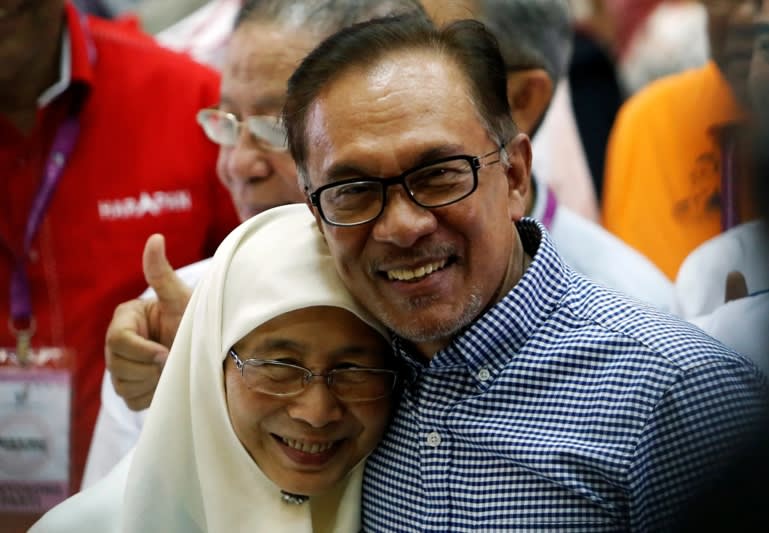 The recent announcements on cash handouts and toll road acquisition reflected the "drastic action on the part of the government as many Malaysians are unhappy that Najib is still not incarcerated over the corruption scandals," said Chin.

There are concerns over the fiscal burden of dishing out such measures but Shazma Abu Bakar, chief economist at TA Securities, said it would be too early to assess costs, without more details from the government. "Although the government needs to pay Gamuda when acquiring the concession, if we add up the discounted future cash flow, it could probably be higher or more than sufficient to cover the compensation," she said.

Disappointment with the government also fueled speculation of a vote of no-confidence in Mahathir especially given lingering uncertainty over the handover of power to Anwar Ibrahim, as promised during the election campaign. Parti Islam Se Malaysia, a small Islamic opposition party, claimed recently that two out of the four ruling coalition parties are planning to revolt against Mahathir.

In a response, Anwar-led People's Justice Party pledged allegiance to Mahathir. In a statement on Sunday, the party denied "allegations that sought to wreak havoc on the leadership and undermine close cooperation" among the ruling coalition. It reiterated an agreement reached a year ago with Mahathir to hand over power to Anwar two years after winning the election.

Such assurance is unlikely to quell speculation as long as a definite handover date is yet to be agreed.