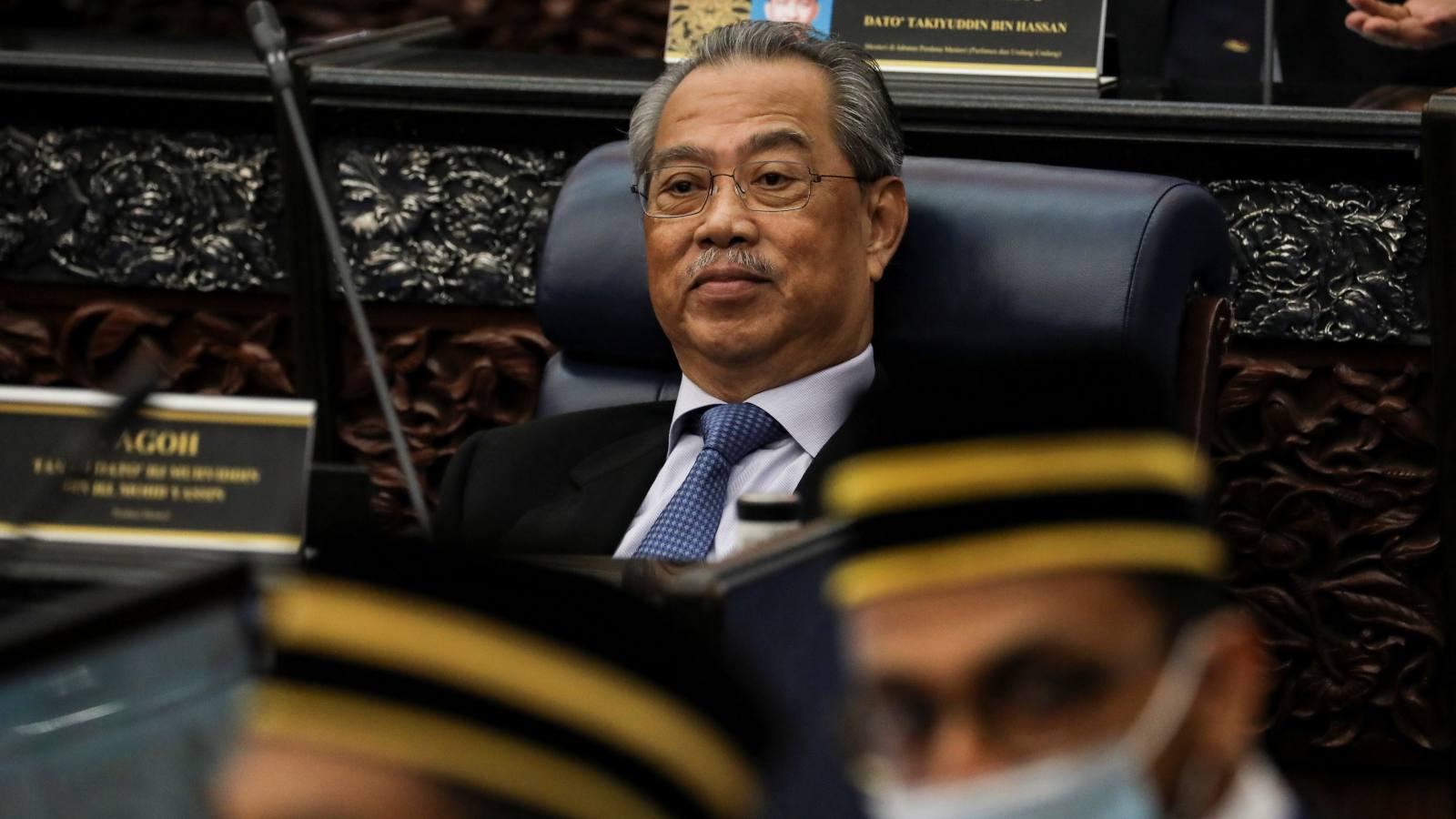 KUALA LUMPUR -- Malaysia's Prime Minister Mahathir Mohamad has reiterated his intention to step down at the end of the year, but only after the country hosts the Asia-Pacific Economic Cooperation meeting in November.

The prime minister said on Tuesday that he is willing to retire in the next nine months, though the exact date is undecided as the presidential council prepares for a high-level meeting on Friday.

Mahathir chairs the ruling coalition Pakatan Harapan, or Alliance of Hope, which includes his influential arch nemesis-turned-ally, Anwar Ibrahim. Anwar, 72, is the presumed prime minister-in-waiting as per a coalition agreement hammered out before the historic May 2018 general elections, which replaced the six-decade stranglehold on the country by Barisan Nasional, or National Front, led by former Prime Minister Najib Razak.

But whether Anwar actually assumes the premiership remains unclear. Potential scenarios have Mahathir staying put to finish his five-year term, or dissolving parliament for snap elections at the end of the year.

Some suggest Mahathir could form a new Muslim-based coalition with opposition parties to stay in power for the next three years. A campaign to declare support for the 94-year-old leader is already underway among lower house members, according to media reports.

The ruling coalition's presidential council is expected to deliberate on Mahathir's retirement on Friday. A source close to Anwar told the Nikkei Asian Review that his supporters are already upset with the prime minister's decision to remain in power until November, denying Anwar the global recognition he would achieve by chairing the APEC. "Mahathir chaired APEC in 1998. Now Anwar should be chairing it because he will need the spotlight as the new leader of an emerging economy like Malaysia," the source said.

Meanwhile, a person close to the prime minister told Nikkei that Mahathir will inform the council of his decision to resign after APEC, but will stop short of supporting Anwar as his successor.

"He will ensure that he steps down after chairing APEC, but will not dwell on who takes his place because it's really not his decision," the source said. "Whoever commands the majority of the [lower] house will be the next PM."

Sources say the possibilities over the next nine months are limited.

Most observers feel Mahathir will try to remain in power by reaching out to opposition lawmakers for support over the next three years -- a move that will deprive Anwar of badly needed votes in the lower house.

"The supporters of Azmin Ali will definitely back Mahathir," said the source, referring to Anwar's rival within his People's Justice Party. Azmin is also the economic affairs minister in Mahathir's cabinet. "It's also possible that Mahathir could hand over the reins to Deputy Prime Minister Wan Azizah Wan Ismail," said another source. Wan Azizah is part of Mahathir's inner circle, despite being Anwar's wife. If chosen, she will become Malaysia's first female prime minister.

Whether the soft-spoken Wan Azizah, 67, is capable of running the country is beside the point to Mahathir. The source said the prime minister has always favored Wan amid her husband Anwar's numerous sex scandals.

"Mahathir has been very close to Wan Azizah lately, asking her to chair high-level government committees and consulting her on every major government decision," the source said. "It's like he is grooming Wan Azizah to take over and let her decide if she wants to give [the premiership] to Anwar after that."

Azmin could also be a front-runner due to his close relationship with the prime minister and high visibility. He accompanies Mahathir on most foreign trips and seems always at his side for important engagements.

Anwar and Azmin are embroiled in sex scandals involving other men. Anwar has been charged with sexual assault involving a former assistant, potentially the third formal sodomy charge against the 72-year-old leader since 1998. Azmin was purportedly seen having sex in a video with a young politician within his party. Charges of sexual misconduct against Minister of Economic Affairs Azmin Ali have been dropped and he remains in the running for Malaysia's top job.   © Reuters

Both politicians have rejected the allegations as dirty politics. Police have dropped charges against Azmin, saying they could not identify the persons in the video, while Anwar's case is still under investigation.

As a last resort, Mahathir could advise the king to dissolve parliament for snap elections, with Anwar seeking a fresh five-year mandate to lead.

Amid the current political uncertainties and rising voter discontent, a general election might not be in the ruling coalition's favor -- a situation that could again delay Anwar's 23-years dream of becoming Malaysia's prime minister.