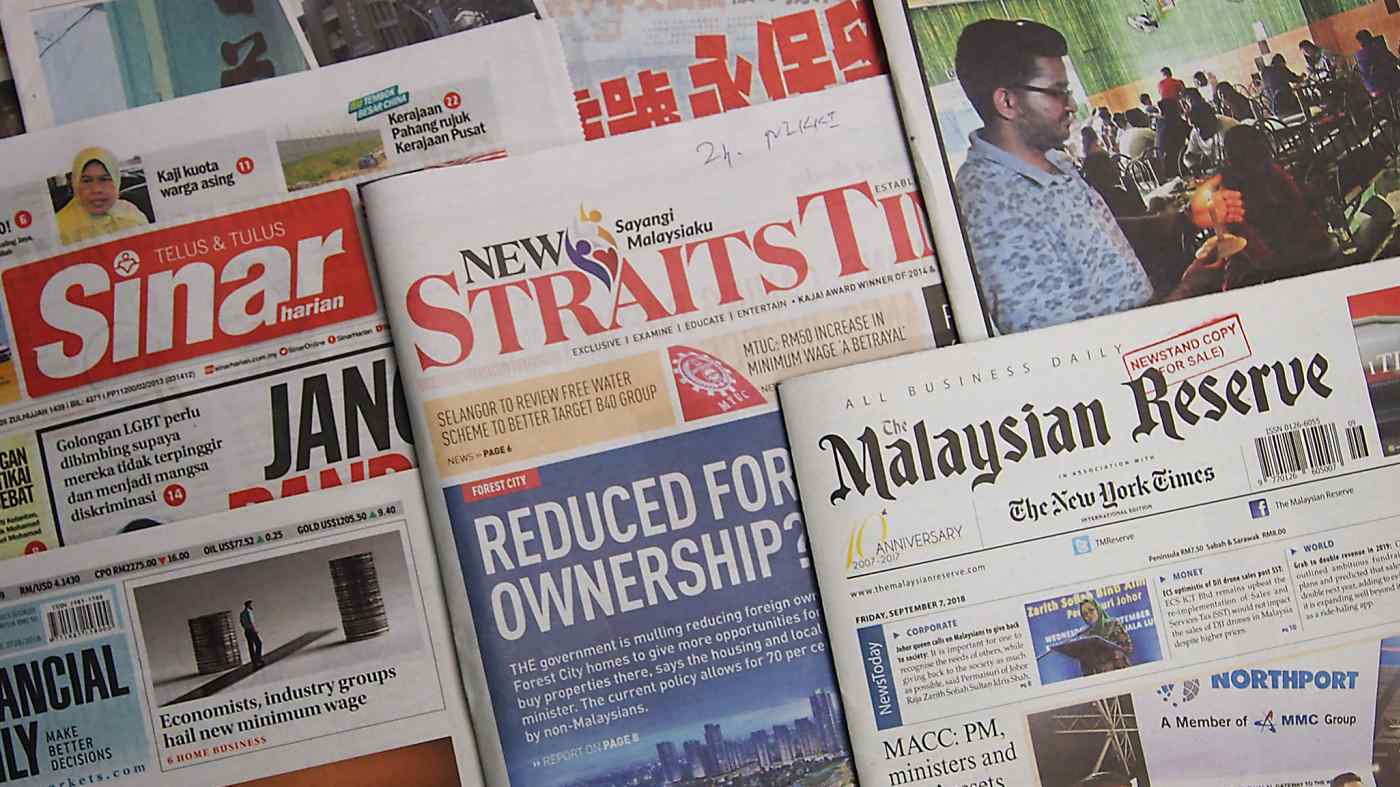 The majority of the country's mainstream media, both print and broadcast, are controlled by political parties in opposition, including the United Malays National Organization, the party of former Prime Minister Najib Razak which held power until the election in May.