Mahathir to name a small 'core cabinet' on Saturday 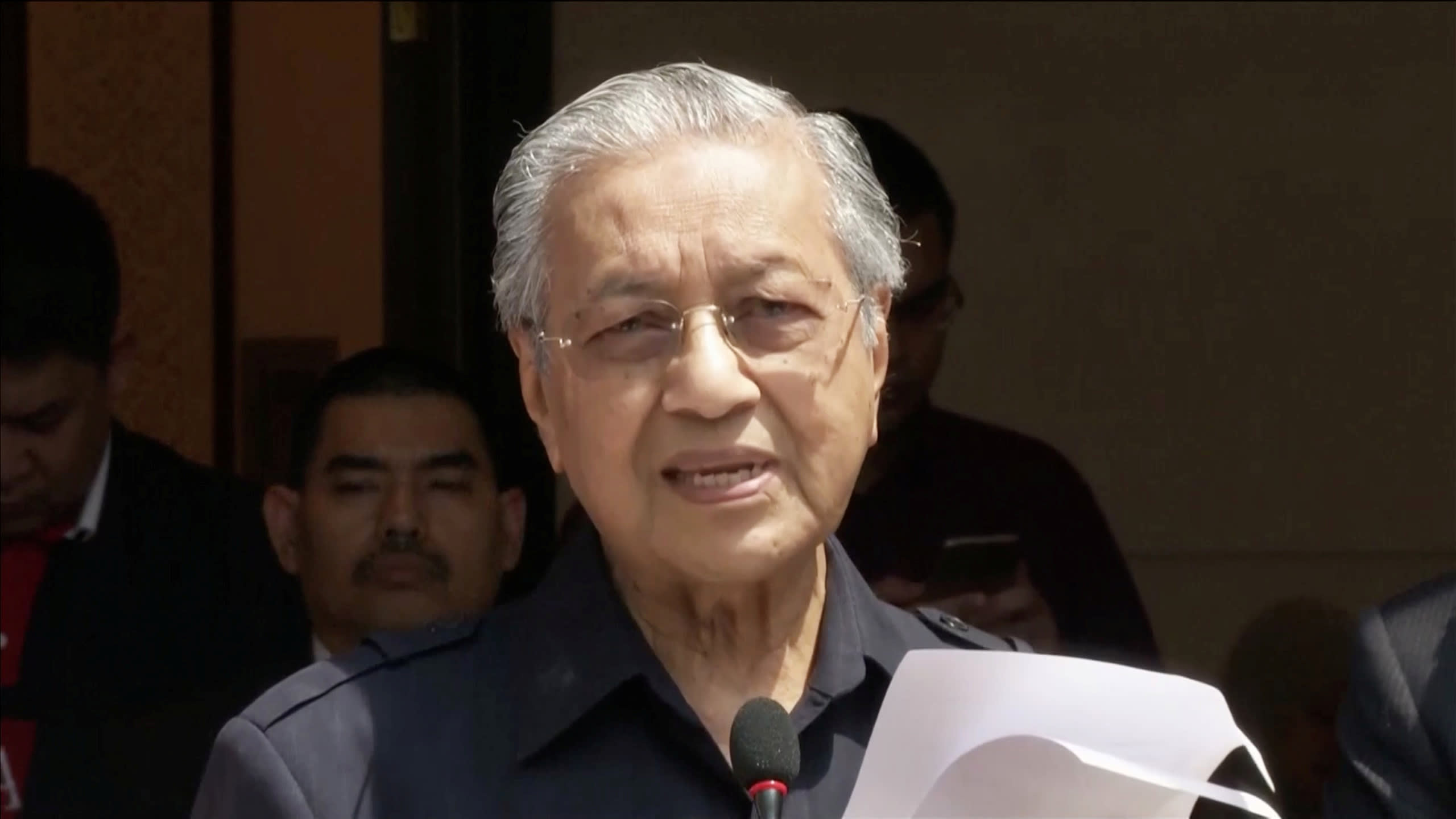 Working from a makeshift office in the country's capital, the 92-year-old outlined his economic and foreign policies. He also spoke of efforts to release Anwar Ibrahim, a leader of Mahathir's ruling alliance who was jailed on what many believe to be trumped-up charges.

Dressed in his trademark bush jacket, Mahathir named 10 ministries that will have new leaders by tomorrow. His address was meant to assure markets that the transition to a new government will be orderly.

Mahathir, who had served as prime minister for 22 years, through 2003, led his now-ruling alliance to an electoral victory on Wednesday, ending the National Front's six decades in power.

The ministries that will get new leaders include: finance, home affairs, defense, economic and foreign affairs. Mahathir will decide on the ministers on Saturday; the positions will likely be spread among key politicians from the four parties that make up the Pakatan Harapan, or Alliance of Hope.

Mahathir hinted at a small cabinet during his press conference on Friday. "We don't want a huge cabinet," he said. "But something needs to be done immediately."

Najib Razak, whom voters unseated two days ago, had over 60 ministers and deputy ministers holding posts at 25 ministries. The previous ruling coalition Barisan Nasional, or the National Front, consisted of more than 10 parties, whose leaders were given key state posts by way of political patronage. As a result, Malaysia has a bloated bureaucracy of 1.6 million civil servants, about 11% of the country's working population.

"We need [foreign] markets," he said. Malaysia is an export-oriented nation.

"Sanctions by big powers will not influence our policies," Mahathir went on, apparently referring to U.S. President Donald Trump's punitive tariffs and Trump's recent disposing of the so-called Iran nuclear deal, which lifted sanction on the Gulf state. "We know powers of such countries apply sanctions on countries who do not agree with them."

On Anwar, Mahathir said the king has indicated that he will immediately pardon the former deputy prime minister. Anwar is scheduled to be released in early June after serving a five-year sentence on sodomy allegations.

Under an agreement that forged the Alliance of Hope, Mahathir pledged to eventually make way for Anwar to succeed him. But the country's laws prohibit a convict from running in an election for the first five years after release. Without a royal pardon, Anwar would not be able to contest a parliamentary election, a prerequisite to becoming prime minister.

That Mahathir is working for Anwar's release is another irony for a country that just helped a 92-year-old unseat the ruling coalition that he once led. In the late 1990s, Mahathir perceived Anwar as a political threat and led the charge to have him jailed, also on sodomy charges.

On Friday, Mahathir promised to go after corrupt politicians and civil servants. He singled out Apandi Ali, the country's attorney general.

"He has in fact hidden evidence of wrongdoing," Mahathir said, "and that is wrong in law."

Apandi was appointed by Najib at the height of domestic investigations into the alleged financial scandal at state fund 1Malaysia Development Berhad. Apandi cleared Najib and other officials of any wrongdoing in the 1MDB case despite probes by the U.S., Singaporean and Swiss governments that showed involvement.