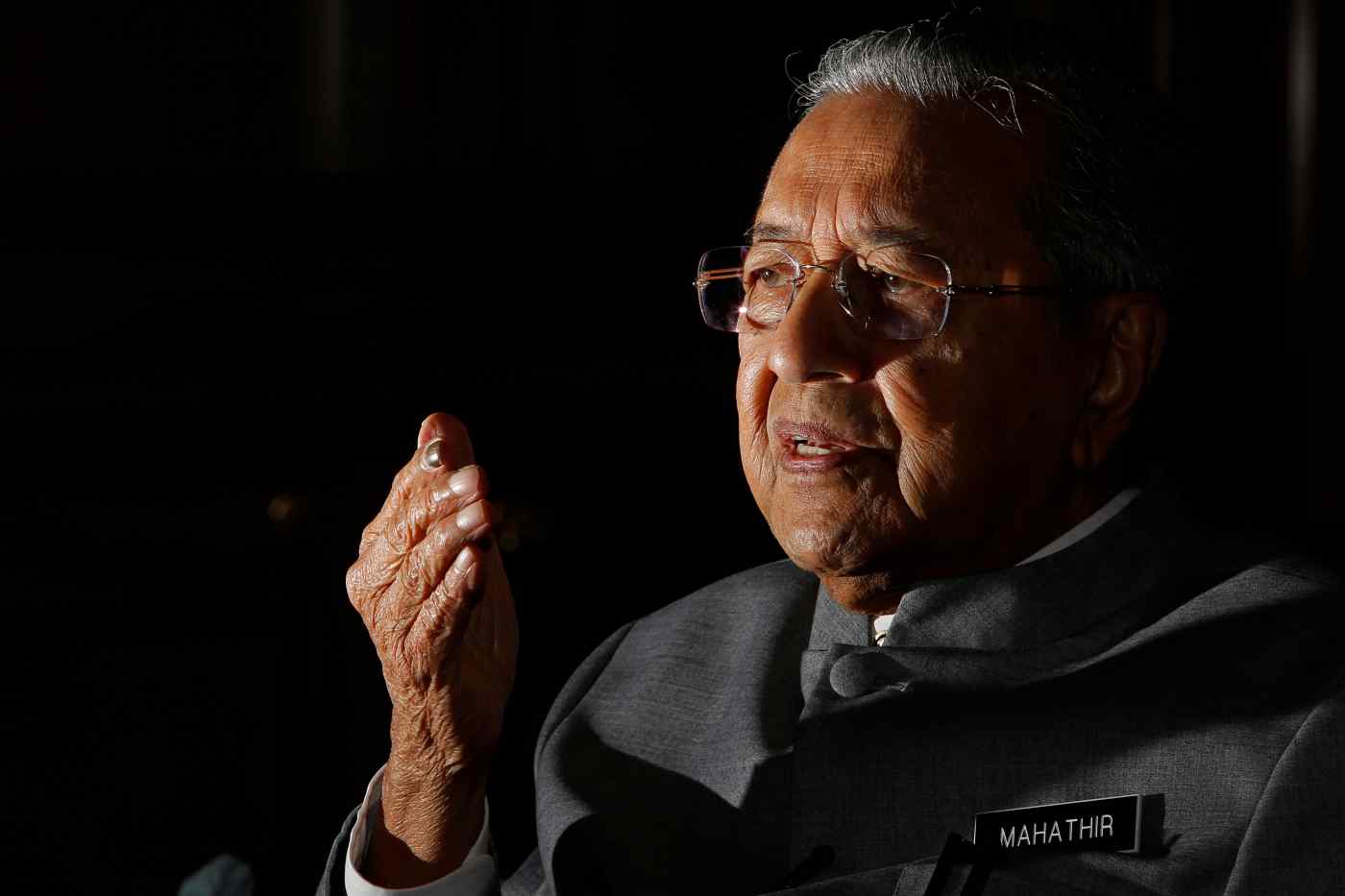 KUALA LUMPUR -- With Malaysia facing a slowdown in commodity-fueled growth, the new government of Prime Minister Mahathir Mohamad finds itself increasingly having to turn to regional economic powerhouses for investment.

Gross domestic product growth in Southeast Asia's third largest economy declined for the third consecutive quarter to 4.5% year-on-year between April and June, having been weighed down by contractions in the mining and agriculture sectors, according to data released by the central bank on Friday. The economy grew at 5.4% in the January to March period.

Expansion was sustained by spending in the private sector, which grew 7.5%. The suspension of Chinese-backed infrastructure projects took its toll on investment in the public sector, which fell 1.4%.

Mahathir will lead a delegation including ministers and business leaders on a five-day official visit to China starting Friday. He is scheduled to hold meetings with President Xi Jinping and Premier Li Keqiang, as well as a number of high-ranking officials.

Continued economic and trade collaborations will be "centerpiece" of the visit, according to Abdul Majid Khan, president of Malaysia-China Friendship Association who is part of the Malaysian delegation.

The Malaysian central bank revised its GDP growth forecast for the year to 5.0% from 5.5%, as prolonged disruption to oil and gas production and lower demand for palm oil are expected to weigh on the economy.

It also said several measures were being considered to boost government revenue following the abolishment of the goods and services tax, one of Mahathir's main campaign promises. These measures will be revealed when the government announces its budget for 2019 in November.

A protracted growth slowdown could shake confidence in the new government, which marked its first 100 days in office on Friday. A recent public opinion poll showed that everyday issues such as the cost of living and job opportunities were the biggest concern for 64% of respondents.

Few expect a rebound in growth, as the government, hampered by a debt to GDP ratio of 74%, will keep a lid on spending, said Capital Economics in a research note on Friday. The spillover from the trade war between the U.S. and China would also hold back growth, it added.

Having spent its first three months in power focusing on corruption charges linked to the previous administration and implementing institutional reforms, Mahathir's government is now set to turn its attention to the economy.

Mahathir's trip to China comes after two recent visits to Japan, where he sought to attract investment through a renewed "Look East" policy. Malaysia has approached Japanese automakers Toyota Motor and Nissan Motor in regard to collaboration on a new national car project.