Mahathir vows in interview to review TPP and China deals

Government-linked funds and companies also to be scrutinized He also said he is prioritizing sorting out the country's finances and fighting corruption.

The agreements to be scrutinized include infrastructure contracts as well as multilateral trade and security pacts.

"This government must review all agreements entered into by the previous government," Mahathir said. "We will honor treaties made in the past, but when there is a need for reconsideration, we will appeal to our partners to give us a chance to take into consideration the situation we are in."

In an interview with the Nikkei Asian Review at his office on the outskirts of Kuala Lumpur, the 92-year-old leader said that while there will not be many policy changes, he is working to "correct the many damages" caused by the previous government.

"The new government is finding out a lot of things that it did not know of before," Mahathir said when asked about the difference between his current stint as prime minister and the first time he held the office, for the 22 years through 2003. "The damage [in figures] done to the government, institutions, banks was larger than we thought."

His government says total national debt, including liabilities and lease payments, has reached 1.083 trillion ringgit ($272 billion), or 80% of gross domestic product, substantially higher than the 50.8% claimed by the previous government. 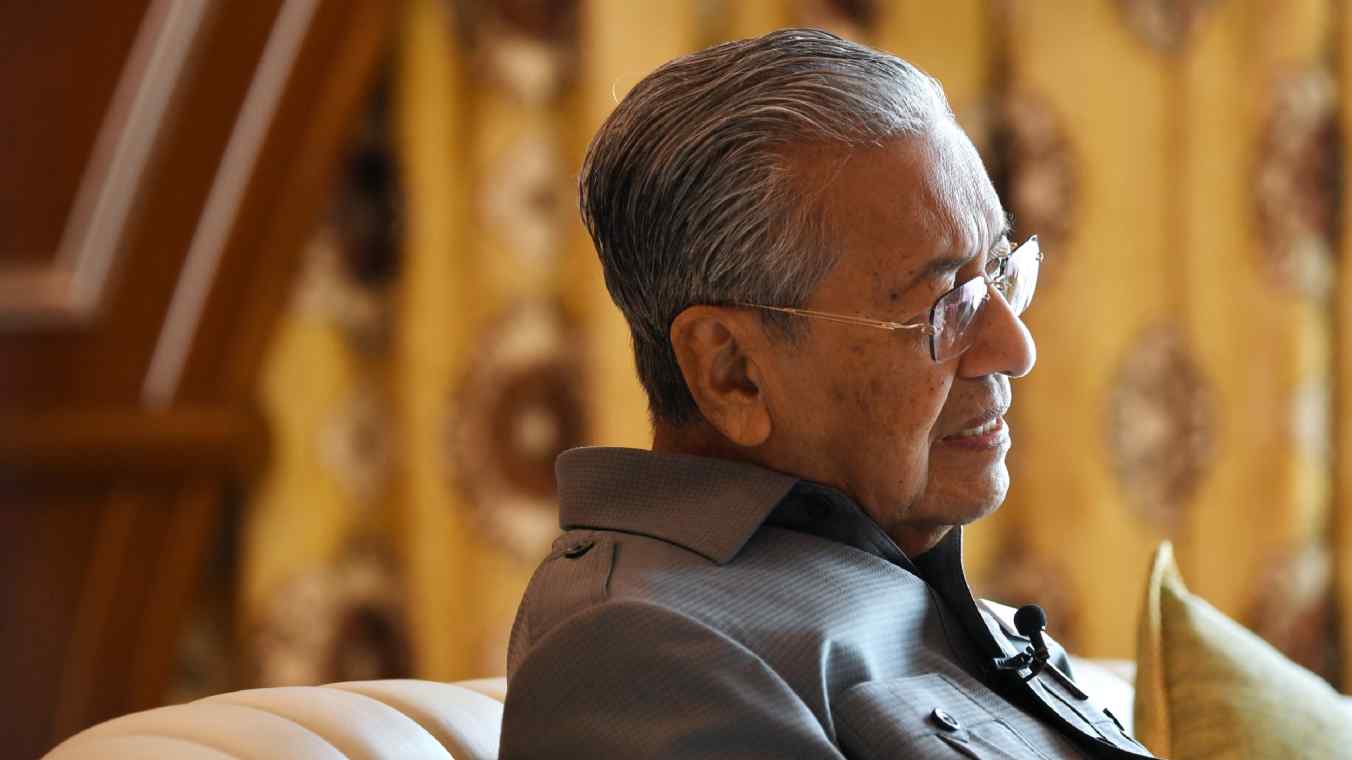 Mahathir calls for changes to TPP-11

"We have to reduce it by renegotiating, or even stopping some of the projects," he said, adding that Malaysia would have to get Beijing's understanding.

The ongoing scrutiny will not be confined to the domestic sphere, but also include the renamed Comprehensive and Progressive Agreement for Trans-Pacific Partnership. Malaysia is one of 11 signatories.

"Some of the terms in the previous agreement were drawn up by America, which were not good for poor countries," said Mahathir.

To strengthen Malaysia's finances, the government is making institutional reforms. It began by barring politicians from holding executive positions at sovereign wealth funds and at state-linked companies. The move is meant to stem corruption and ensure decisions are made by professional managers.

Mahathir said some of these enterprises have been poorly managed.

"Some chief executives and chief operating executives are there because of politics," he said. "Their ability to do business is very minimal."

On Malaysia's diplomatic strategy, Mahathir said he wants to revive the "Look East" policy initially executed in the early 1980s as a means of acquiring the positive work ethic of East Asian countries, including Japan. The nonagenarian leader reiterated that Japan could share its knowledge and skills through investments under Malaysia's "business-friendly" policy.

On regional security, Mahathir reiterated that Malaysia did not want the presence of warships in the South China Sea and the Straits of Malacca. "We do not want to have any tensions and the possibility of fighting in these areas." His government will review the Code of Conduct on the South China Sea, which is being negotiated between Beijing and the Association of Southeast Asian Nations. "This is a new government. The old government may have [had] some understanding with its counterparts, but we want to review that understanding."

Mahathir swept into power on May 9, delivering an unexpected blow to former Prime Minister Najib Razak, ending the ruling party's hold on power that had lasted since independence in 1957.

"When you no longer uphold the principles that you were struggling for, you should be changed," he said.

With a high debt to tackle, Mahathir reminded the public not to rely on state largesse in return for their political support. The people, he said, must do their part by changing their mindset in order to get rid of the corruption plaguing the country.

"This is one message we have to get out, otherwise some people will continue to believe that they don't have to work because the government will give them money," he said.

Mahathir is expected to make his first visit abroad after being sworn in to attend the Future of Asia 2018 conference in Tokyo on Monday.