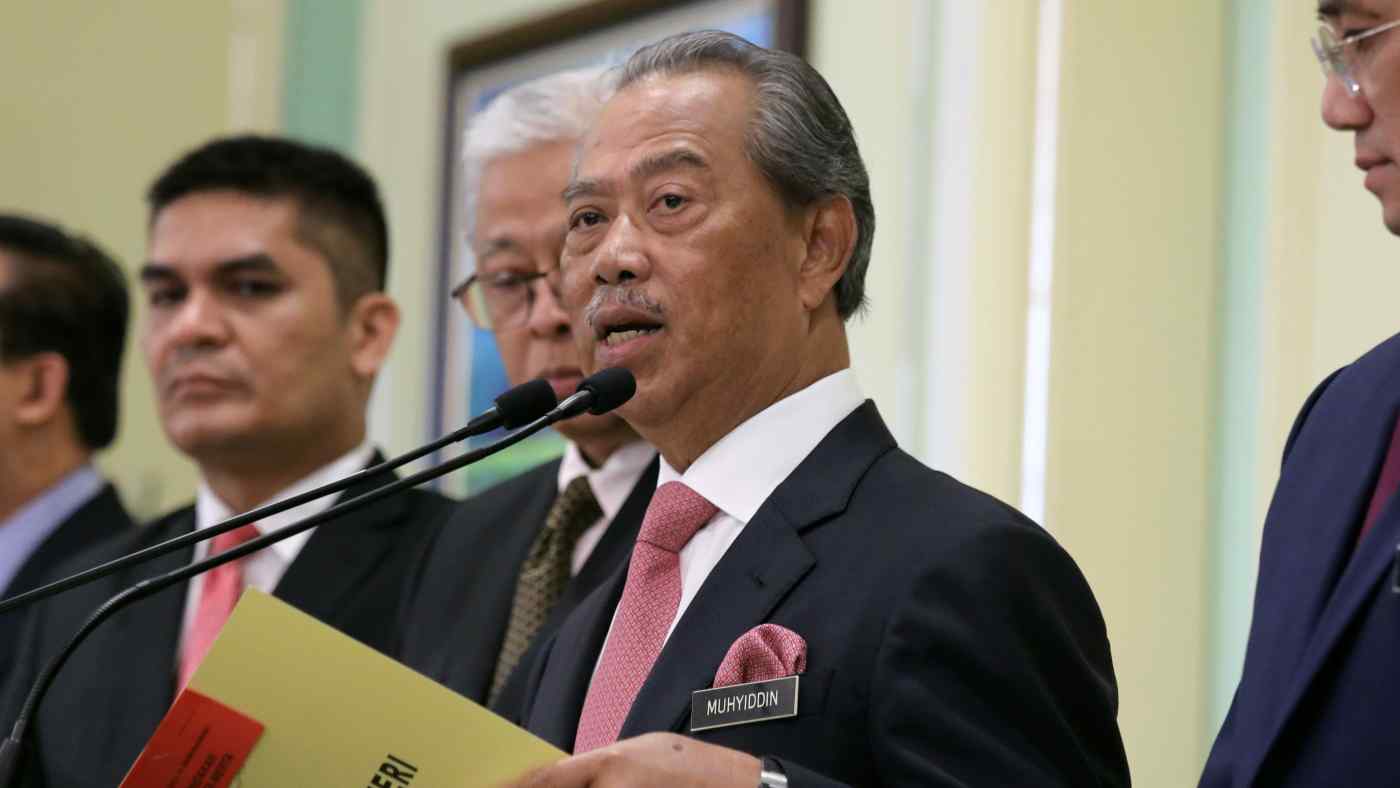 KUALA LUMPUR (Reuters) -- Malaysian Prime Minister Muhyiddin Yassin on Wednesday named defense minister Ismail Sabri Yaakob as his deputy, in a move that could ease tensions with a key ally in the ruling coalition.

Muhyiddin's tenure since he came to power in March last year has been plagued by tensions with the United Malays National Organisation (UMNO) party -- the largest bloc in the ruling alliance and Malaysia's biggest party.

Some UMNO lawmakers have repeatedly threatened to withdraw support for Muhyiddin and have been unhappy playing second fiddle to the premier's own party.

Ismail Sabri, a senior UMNO leader, will continue to hold the defense portfolio, Muhyiddin said in a statement.

Hishammuddin will take on additional responsibilities and help the premier implement a recovery plan for the economy, which has taken a hit from the COVID-19 pandemic.

Muhyiddin has a slim majority in parliament and has so far avoided a confidence vote that opposition lawmakers have called for.

Parliament was suspended in January after Malaysia's king declared a national emergency on Muhyiddin's advice, a move that the premier's critics have described as an attempt to cling to power.

A special parliamentary sitting is scheduled for later this month ahead of the end of the emergency on Aug. 1.