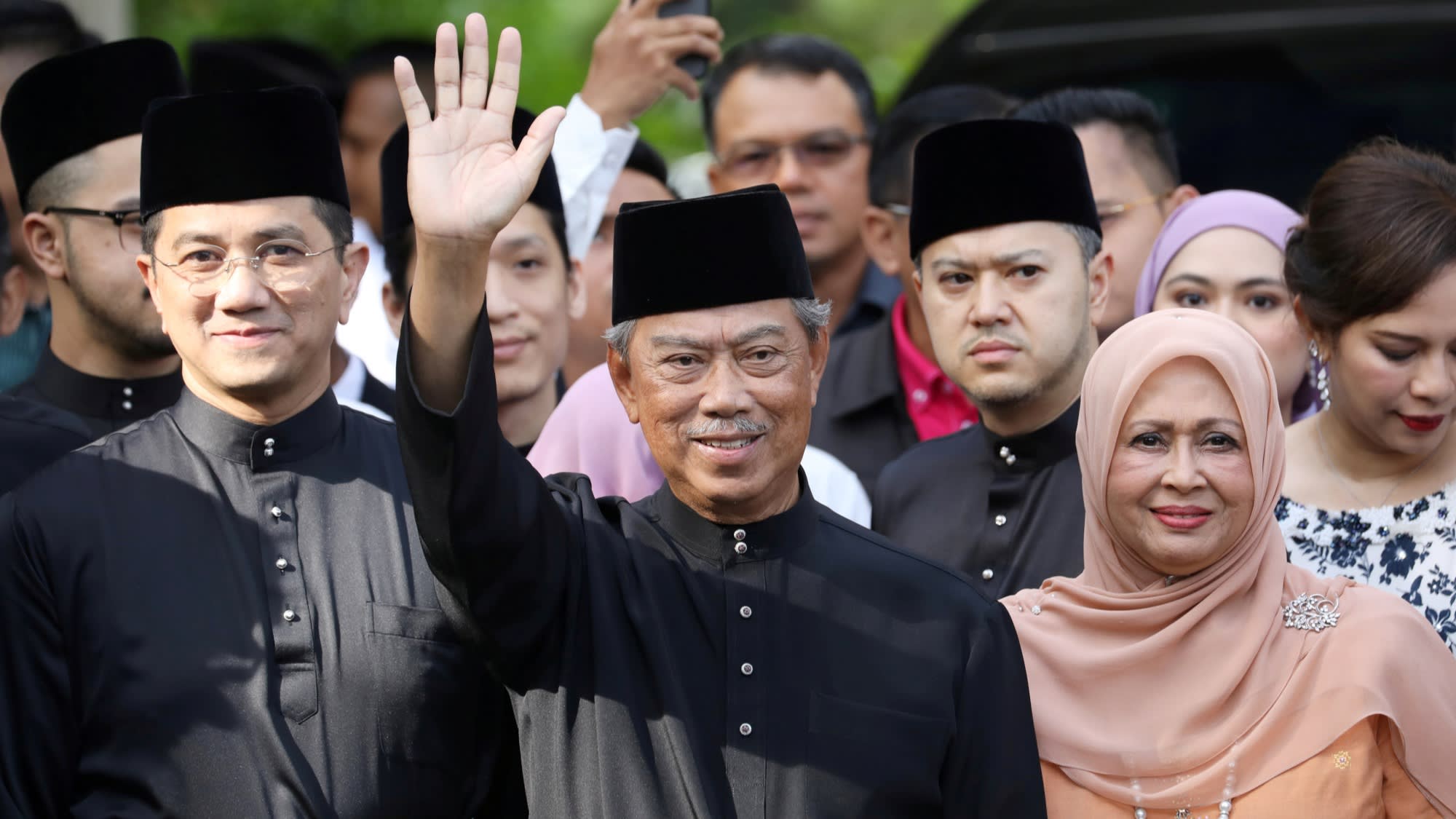 KUALA LUMPUR -- Malaysia's new Prime Minister Muhyiddin Yassin postponed the next legislative session by two months in an apparent gambit to head off a no-confidence vote by his predecessor, Mahathir Mohamad.

The parliament's lower house was scheduled to meet Monday, but the date has been pushed back to May 18, Speaker Mohamad Ariff Yusof said Wednesday, relaying a notice received from Muhyiddin. The legislative session will now end on June 23.

Muhyiddin, who was sworn in as prime minister on Sunday after a week of high political drama, broke with Mahathir's coalition to form an alliance among opposition parties. Mahathir, whose resignation on Feb. 24 allowed Muhyiddin to take the prime minister's seat, is now preparing to submit a no-confidence motion against Muhyiddin during the next parliament session.

Because the two men are still jockeying for support among lawmakers, Muhyiddin faces the very real prospect of losing the confidence vote and his position. By delaying the legislative session until May, Muhyiddin would buy himself time to build up majority backing by drawing in regional parties.

In the meantime, Muhyiddin plans to lift popular support for his administration by naming a cabinet and rolling out policies to address the new coronavirus.

Muhyiddin has been under fire for allying himself with United Malay National Organization, the party once led by Najib Razak. Najib, who served as prime minister from 2009 to 2018 before losing an election to Mahathir, has been arrested and indicted on corruption charges for his alleged role in the multibillion-dollar fraud scandal surrounding 1Malaysia Development Berhad, the state-backed fund.

Now UMNO has returned to power without securing a mandate through an election. Muhyiddin sought to allay voter concerns over corruption during a televised address Monday.

"I promise that I will appoint individuals who are free of graft, possess integrity and caliber in my cabinet," Muhyiddin said.

Muhyiddin, however, heads the Malaysian United Indigenous Party, which counts only about 30 members of parliament. That means the ruling government will be heavily influenced by UMNO. If Muhyiddin fails to solidify his political base in the next two months, a no-confidence vote will remain in play.