Move is part of Mahathir's review of major infrastructure deals 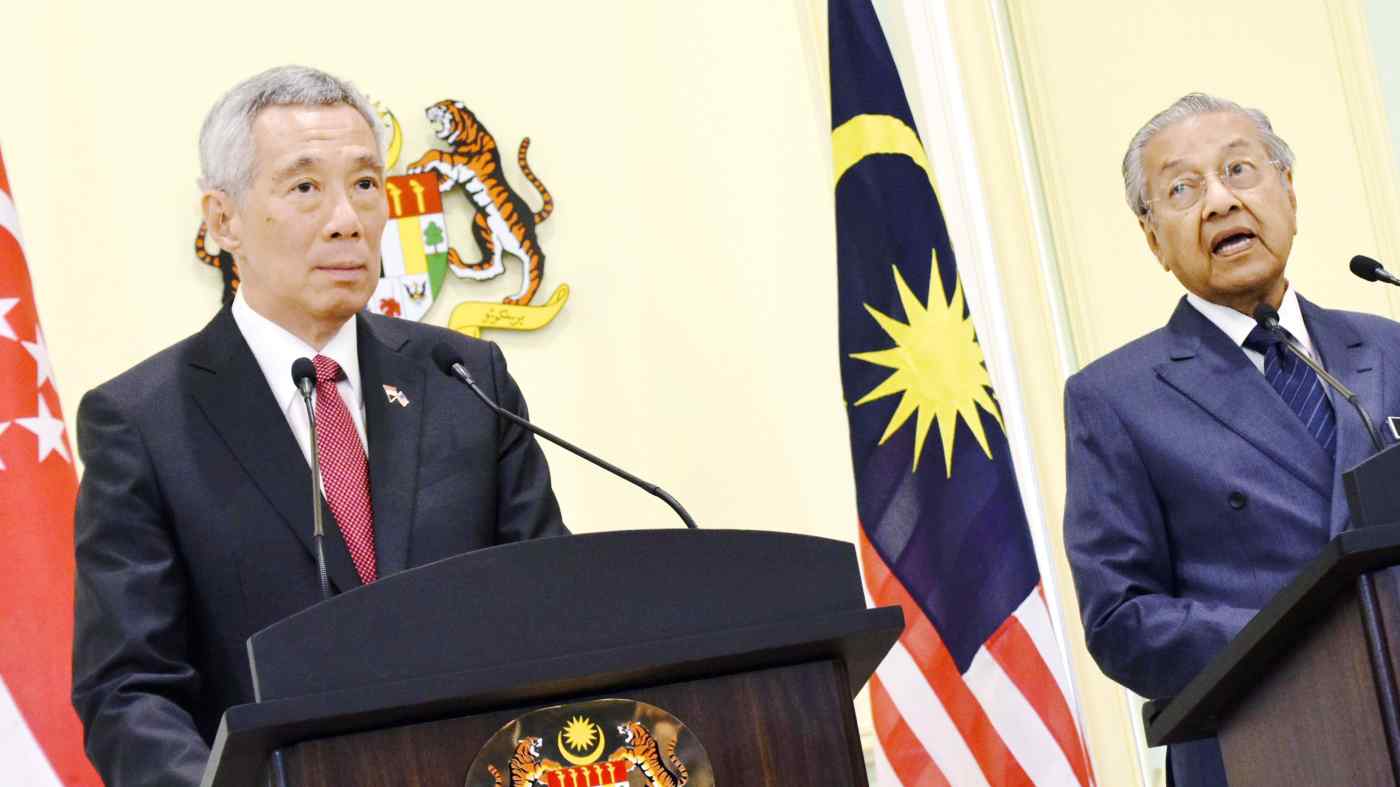 KUALA LUMPUR -- Malaysia and Singapore agreed to postpone their cross-border rail link, aimed at reducing congestion at the countries' border, the latest major infrastructure project to be suspended under the administration of Malaysian Prime Minister Mahathir Mohamad.

Transport ministers of both countries signed a supplementary agreement in Singapore on Tuesday, agreeing to defer the 4 km-long Johor Bahru-Singapore Rapid Transit System, known as RTS, until September.

Malaysia will have to decide on the future of the project before the extension expires, according to a joint statement released by Malaysia's Transport Ministry in Kuala Lumpur. The Malaysian government will also foot deferment costs and, if canceled, pay necessary compensation to Singapore.

The estimated cost of the rail link is $1 billion. Malaysia will have to pay roughly $500,000 in costs to postpone the project.

The rail project originally was meant to be completed by 2024, but it has been behind schedule due to Malaysia repeatedly delaying confirmation of its joint venture partner with Singapore. Construction on the project has not yet begun.

Both sides said on Tuesday that they recognized the urgent need to alleviate traffic congestion at the Johor Bahru-Singapore Causeway border, which facilitates about 300,000 crossings a day. The RTS Link would ferry up to 10,000 passengers an hour each way.

"Malaysia and Singapore will also continue to discuss other affordable and sustainable solutions to address traffic congestion at the border," the statement said. The two countries also will explore the use of new technology for better security and checkpoint efficiency, among other new initiatives.

"The ministers noted the importance for both countries to establish cost-effective, efficient and sustainable transport interconnectivity, as it will foster greater people-to-people ties and generate shared economic and social benefits," the statement added.

The deferment of the cross-border rail link is the latest in a series of major projects placed under review by Mahathir after he was swept into office in a historic election a year ago.

Malaysia last month clinched a discounted deal with China for the construction of the East Coast Rail Link.

Under the current administration, Malaysia-Singapore ties also appear to be strained by Mahathir's proposal to revisit their decadeslong dispute over water supply, in which Malaysia sells water at what the prime minister says is too low a price, as well as the deferment of the ambitious Kuala Lumpur-Singapore high-speed rail project.

The two countries also were locked in a spat over airspace, but resolved that issue last month.

A memorandum of understanding between SMRT of Singapore and Prasarana Malaysia was signed in September 2017 to form a joint venture company to operate the link. Details such as control of the operating company have yet to be worked out. In January 2018, the governments of the two countries signed a bilateral agreement on the project.