COVID emergency up for debate; Muhyiddin says parliament could restart in September KUALA LUMPUR -- Malaysia's king is expected to host state rulers at a special conference on Wednesday in Kuala Lumpur, where they are likely to weigh the government's handling of COVID-19 and the state of emergency that expires in six weeks.

The outcome of the huddle could have significant bearing on the country's long political standoff.

Alongside discussions on whether to extend the decree, a key question is whether there will be any call to reconvene parliament, which was suspended in the name of the emergency. If the legislature were to reopen, Prime Minister Muhyiddin Yassin would face immediate and intense pressure from rivals who insist his coalition no longer commands a majority.

Getting out in front of the issue, Muhyiddin on Tuesday evening said parliament could convene in September at the earliest, as long as daily COVID-19 cases drop below 2,000. He said he was committed to resuming the legislature's functions "at the appropriate time."

Wednesday's special conference comes after King Sultan Abdullah Ri'ayatuddin held private audiences with all political party leaders over the past week, taking in their views on an emergency extension and the government's pandemic performance.

"The rulers will be briefed with the current situation, and the reports from the independent committee advising the king on the emergency period," a senior government official said of the upcoming conference, on condition of anonymity.

"The king would also present the various strategies and suggestions thrown during the private audiences, for the consumption of the conference of rulers," the official added. 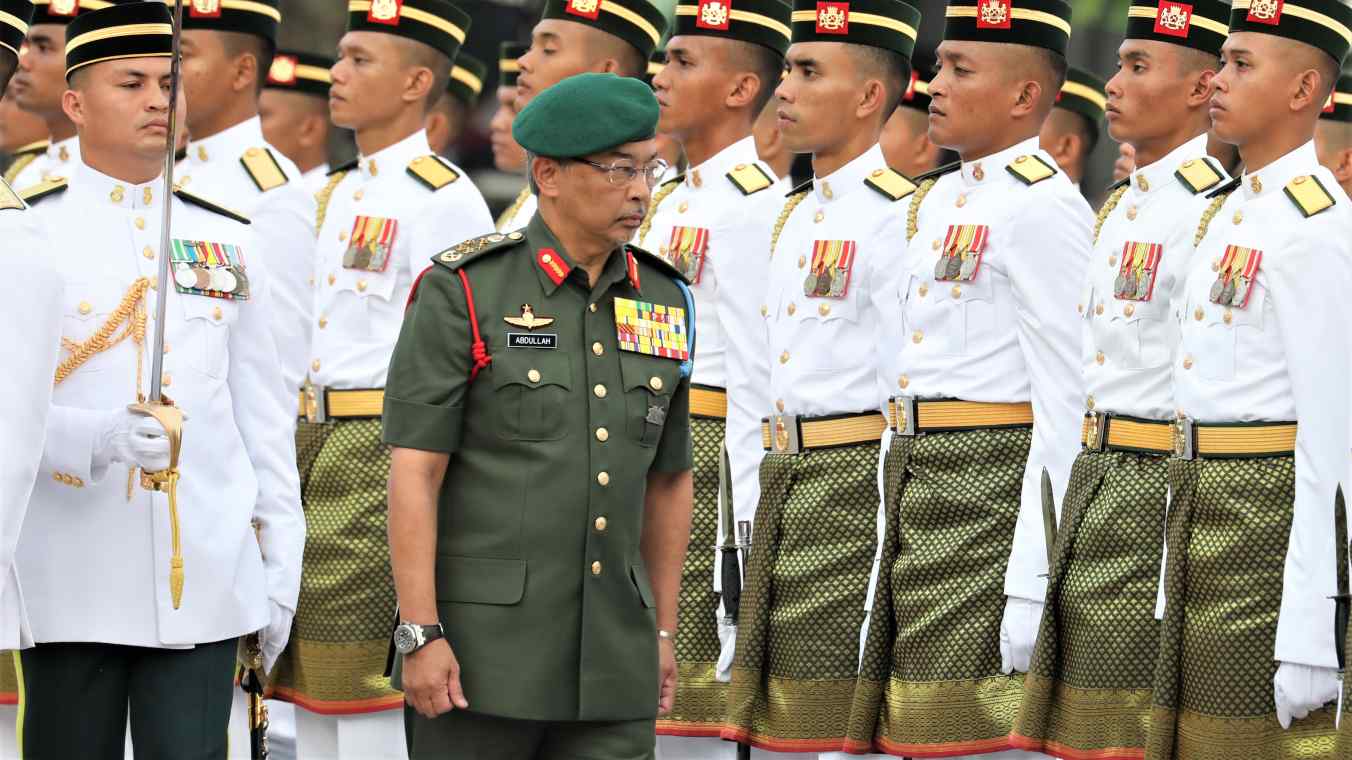 Muhyiddin is widely believed to want to prolong the emergency beyond the current deadline of Aug. 1. Although the decree has been in force since mid-January, there is little doubt Malaysia still has a crisis on its hands. Daily coronavirus infections have continued to top 5,000, due to the spread of aggressive variants. The country is in lockdown through June 28.

The prime minister's rivals and critics, however, suspect he is using the emergency to keep parliament in limbo and shield himself from a no-confidence vote. His own coalition looks shakier than ever after the largest party, the United Malays National Organization (UMNO), vowed in March to sever ties with Muhyiddin's Malay United Indigenous Party (Bersatu) in the next federal election. 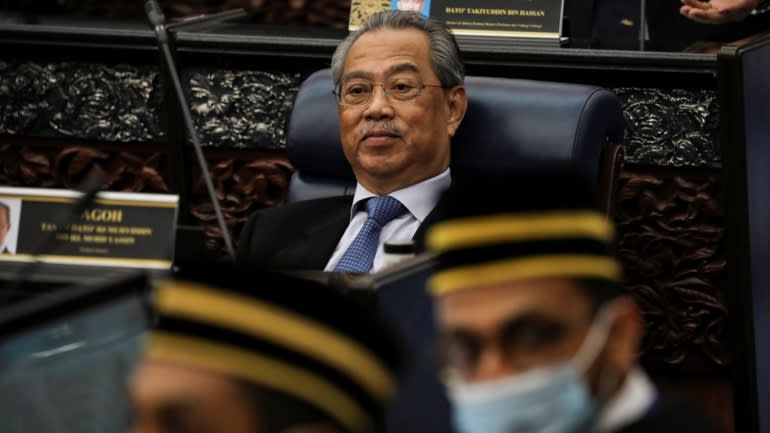 Malaysian Prime Minister Muhyiddin Yassin sits in parliament last July. It has been suspended since the state of emergency took effect in January, but his rivals want proceedings to resume.   © Reuters

Malaysia has a unique rotational monarchy system in which the king is elected via a secret ballot among the nine rulers of Malay states. Each ruler has an equal voice in the council.

As a constitutional monarch, the king's powers are largely exercised on the prime minister's advice -- except for the dissolution of parliament, the selection of prime minister and matters related to Islam. Under Article 150 of the constitution, the king may declare a state of emergency in the event of a major threat to the country's security, economy or public order.

Wednesday's special meeting will be the second Sultan Abdullah has called since he assumed the throne in January 2019. At the first, held last October, the rulers discussed Muhyiddin's original request for an emergency declaration.

That plea was rejected, but Muhyiddin made a successful appeal to the king two months later.

Technically, the constitution allows parliament to sit during an emergency. Sultan Abdullah himself has already pointed this out, although he and the other rulers can only urge the prime minister to restart proceedings. Since January, Muhyiddin's government has remained steadfast in suspending both the upper and lower houses.

Under pressure from rights groups and parliamentarians, the government is at least exploring the possibility of setting up a "hybrid" legislature, with some proceedings conducted online. But Muyhiddin's side argues the country cannot afford another bout of serious political instability while COVID-19 continues to spread.

"All we need currently to fight the pandemic is political stability," the government official said. The official added that any attempt to unseat the current government would only hinder the fight against the virus and hurt the economy.

"A vote of no confidence against the prime minister will erode business and market sentiment, which are already weak due to the one-year-long pandemic."

Health Director-General Noor Hisham Abdullah recently painted a grim picture, noting that the death toll for COVID-19 so far this year is already more than four times higher than the full-year figure for 2020. Hospitals, he said, were having difficulty handling the "sudden increase" in dead bodies. As of Monday, total deaths stood at 3,968.

Over the weekend, Noor Hisham argued that lifting the emergency would mean that postponed by-elections and a Sarawak state election must be held immediately. Elections now, he cautioned, could worsen the coronavirus outbreak.

The larger question, of course, is when Malaysia can hold a general election -- something Muhyiddin has promised once the coronavirus is under control.

The office of the Keeper of the Rulers' Seal is expected to release a statement on the outcome of Wednesday's special conference.