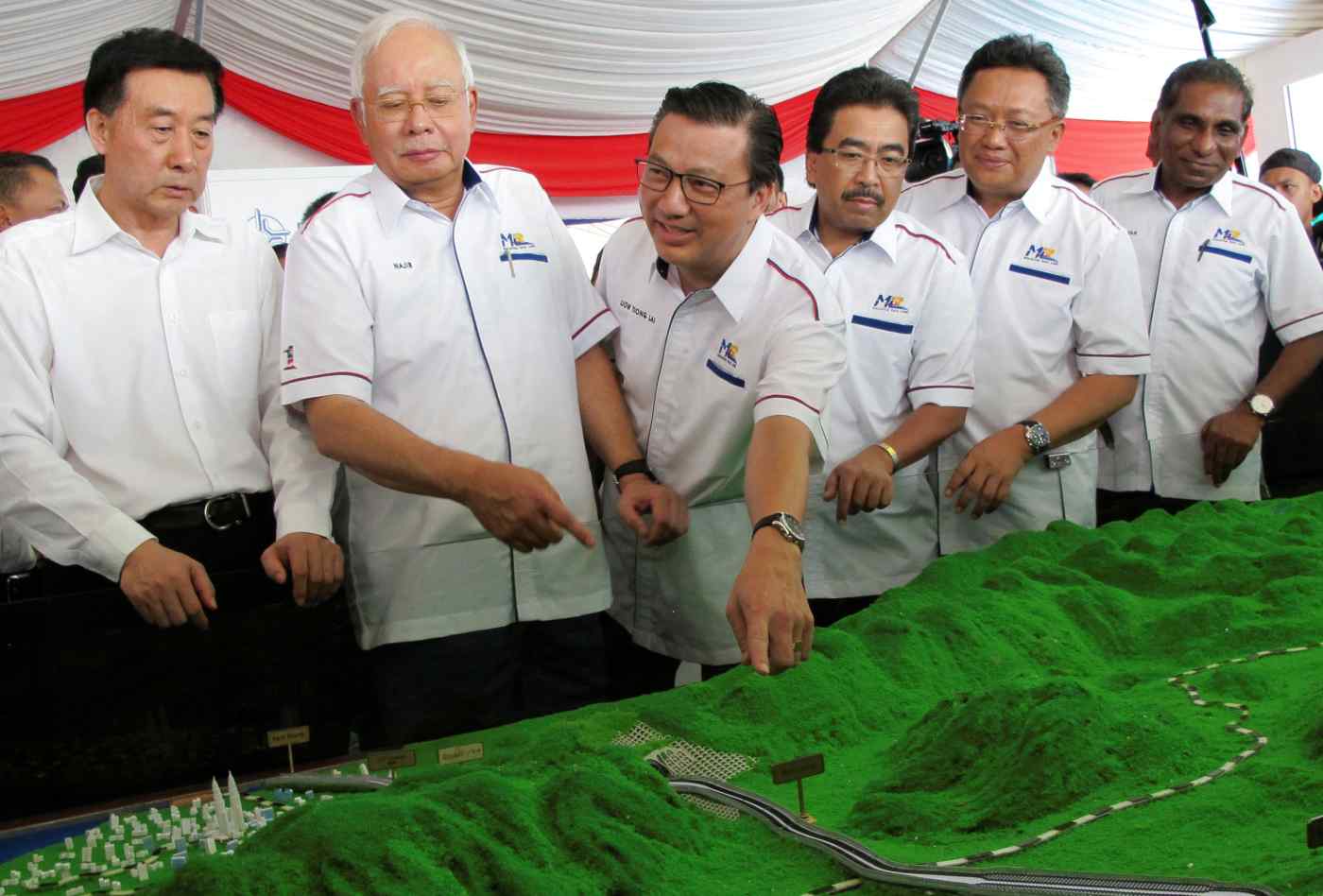 SINGAPORE -- Malaysia's decision to scrap the high-speed rail link from Kuala Lumpur to Singapore suggests that Prime Minister Mahathir Mohamad's new government could resort to drastic measures on other big projects to cut the country's debt.

It could also signal Malaysia's intent to wrest control of Chinese-led projects that emerged amid the management crisis at state fund 1Malaysia Development Berhad.

A day after Mahathir cancelled the rail project, Chinese foreign ministry spokesperson Hua Chunying said in response, "We stand ready to continue with our close cooperation with Malaysia."

China, along with Japan and Europe, was expected to join the tender to run the railway asset company. For China, the high-speed rail stretching 350km between the two cities would have been a key component in its Belt and Road Initiative, along with the 688km East Coast Rail Link, which Malaysia is also reviewing.

Chinese money flowed into Malaysia amid the 1MDB crisis during the administration of former Prime Minister Najib Razak. The state fund was established to promote economic development, but its debt ballooned to nearly 42 billion ringgit ($10.5 billion) in 2014. Construction costs, estimated at 55 billion ringgit ($13.8 billion), are covered by loans from the Export-Import Bank of China. Critics questioned the logic of borrowing such a huge sum of money from China to pay Chinese contractors, but the former administration brushed aside doubts in order to advance the project.

Mahathir has not cancelled the East Coast Rail Link, but intends to renegotiate its conditions.

Other Chinese-led projects in Malaysia include the Forest City development in the Southern state of Johor, which was also approved during the previous government.

"If this country is to avoid bankruptcy, we must learn how to manage our big debts," Mahathir said on Wednesday. "One of the ways to do this is to eliminate projects that are not beneficial to the country."