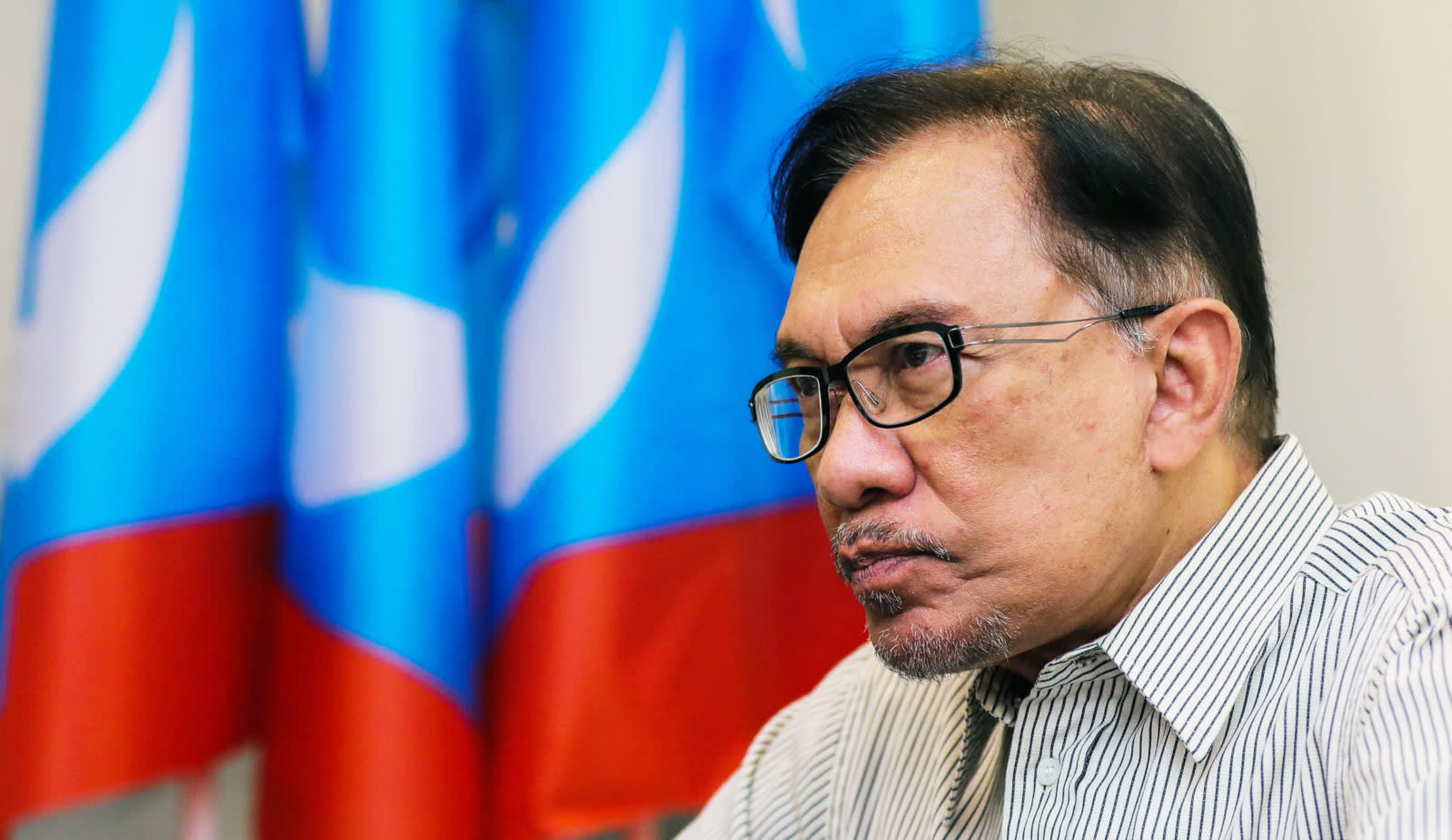 SINGAPORE (Financial Times) -- Goldman Sachs has been slammed for "inexcusable" behaviour in its work for Malaysian investment fund 1MDB by Anwar Ibrahim, the country's leader-in-waiting, who stepped up pressure on the US bank to repay hundreds of millions in fees earned on the controversial deals.

"They must understand that to be complicit to the excesses and crime is inexcusable," Mr Anwar told Bloomberg Television on the sidelines of the New Economy Forum in Singapore.

With Mr Anwar set to succeed Mahathir Mohamad in the next two years as prime minister, his comments indicate Malaysia may remain at odds with Goldman for years to come over the scandal that led to billions of dollars being allegedly misappropriated in one of the biggest frauds in history.

This could make it hard for the bank to do business in one of the largest countries in the region at a time when its south-east Asian business has already been shrinking.

Mr Anwar's remarks come only days after the US Department of Justice indicted two former Goldman bankers, accusing them of working with Malaysian financier Low Taek Jho, also known as Jho Low, to launder billions of dollars siphoned out of 1MDB, the state-backed fund from which an alleged $4.5bn has gone missing. Mr Low maintains his innocence, while former Goldman partner Tim Leissner has pleaded guilty and Roger Ng, a former Goldman managing director in south-east Asia, was arrested in Malaysia on similar money laundering and bribery charges. The bank also placed a former co-head of investment banking in Asia on leave as it studied details of the accusations.

Malaysia's ruling coalition, which ousted 1MDB founder Najib Razak in the May elections, has long called for Goldman to return the $600m the country paid for the arrangement of three bond issues -- fees one senior official at the ministry of finance has described as "extortionate."

"We need to go through due process. If they are prepared to negotiate, then they have to return [the fees]," Mr Anwar told Bloomberg TV. "We must get hold of every cent that has been taken out of the country by either the leaders or those complicit in this action."

Lim Guan Eng, finance minister of Malaysia, told the Financial Times last month that the country was looking to recoup even more than $600m, without specifying an amount.

Mr Anwar said on a panel at the Singapore event that Malaysia must now give a strong message on ending poor governance and on changing the way it does business with international financial institutions, in what was interpreted as one of several blows to Goldman throughout the session.

He also told Bloomberg TV he was not planning on meeting Goldman representatives during the conference while the global 1MDB probe was under way.

David Solomon, Goldman's new chief executive, and its former president Gary Cohn -- who were among the more than 30 executives at the bank who reviewed the Malaysian debt deals -- are both attending the Bloomberg forum.

Mr Cohn declined to comment on the repercussions the 1MDB saga might have on the bank in the region. Mr Solomon could not be reached for comment. Goldman Sachs spokesman Edward Naylor said: "The firm continues to co-operate with all authorities investigating this matter."

The Wall Street bank helped 1MDB to sell about $6.5bn of bonds between 2012 and 2013, two years before Malaysian police raided the state investment fund's offices to investigate allegations of huge fraud.

The senior ministry of finance official said it was unlikely Malaysia would issue a ban on the bank's activities, adding it was unnecessary "given the reputational damage they've done for themselves here."

Money allegedly misappropriated from 1MDB was used to purchase luxury real estate in New York, expensive artwork and even to fund the Hollywood film The Wolf of Wall Street, according to the US justice department.

In December 2017, Jeff Sessions, the US attorney-general, called the 1MDB scandal "kleptocracy at its worst". The justice department has previously mounted a series of civil lawsuits to recover funds allegedly stolen from the Malaysian fund.