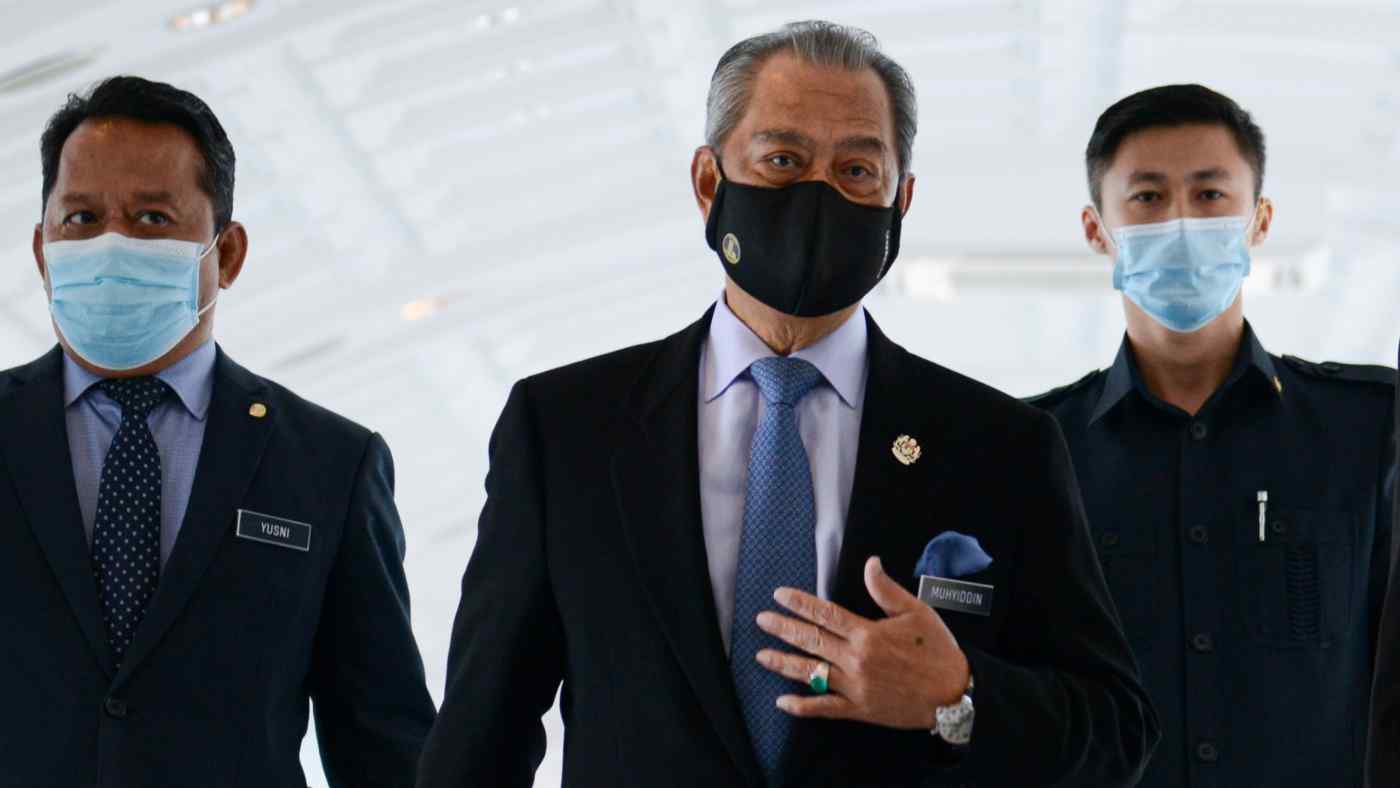 The record 322.5 billion ringgit ($78.8 billion) budget for 2021 was approved on Thursday in a voice vote. For weeks, the vote has been anticipated as a test of Muhyiddin's disputed legitimacy. The result comes as a relief to the prime minister but also means underlying political tensions are likely to drag on, keeping the nation on edge.

Even most opposition members rejected a call for individual balloting, allowing the budget to go through with little resistance.

The budget will now be deliberated, by specific allocations to each ministry, at the committee stage in the lower house and will be subjected to voting again mid-next month. After going through committees, the bill moves to the Senate for rubber-stamp approval.

Muhyiddin issued a statement thanking the ruling parties for supporting the budget, saying he "was touched" by the gesture. "The support signifies the maturity of the members of parliament in making important decisions by placing utmost importance on people's welfare, life safety and well-being above everything else," he said.

In an immediate response, King Sultan Abdullah Ri'ayatuddin thanked the parliamentarians for heeding his advice to support the budget.

"Besides economic recovery and people's livelihood, the 2021 Budget is crucial to the government and authorities, particularly the medical front liners to enforce policies and initiatives to combat and overcome the Covid-19 pandemic," the royal household comptroller Ahmad Fadil Shamsuddin said in a statement, released on behalf of the King.

He said that while the Muhyiddin administration succumbed to pressure from the United Malays National Organization, the largest player in the coalition behind Muhyiddin, the Malays-based party's real demands -- better power-sharing and even taking over the leadership -- have still not been met.

Many lawmakers had been wary of obstructing a plan the government had sold as essential for the country's economic recovery from the coronavirus pandemic. The budget includes over 3 billion ringgit for purchasing COVID-19 vaccines, as well as billions for other anti-coronavirus measures, cash handouts to the public and more.

"For me this budget is for the people, economy and businesses," Finance Minister Tengku Zafrul Abdul Aziz told Nikkei Asia in a recent interview.

On the eve of the vote, former Prime Minister Mahathir Mohamad -- who was replaced by Muhyiddin in March -- announced that he and his allies would reject the budget. "My friends and I took the decision to reject the 2021 budget, and we did so with a full sense of responsibility and trust that we hold on behalf of the people until the end of our term as elected representatives," Mahathir wrote.

But this alone was not enough to doom the bill.

Support from UMNO was critical. Some UMNO backbenchers led by ex-Prime Minister Najib Razak had threatened to block the passage if their demands were not met. The government succumbed and brought them on board with last-minute policy adjustments, including compromises on extending a loan moratorium for lower income earners and small businesses, along with broader withdrawals of retirement funds.

The result deals another blow to the leadership hopes of opposition chief Anwar Ibrahim, who has been insisting that he is the one with majority support in parliament -- not Muhyiddin.

With the prime minister clinging to an apparent two-seat majority, just above the minimum threshold of 112 seats, Anwar in October sought but failed to secure the king's help in toppling the government.