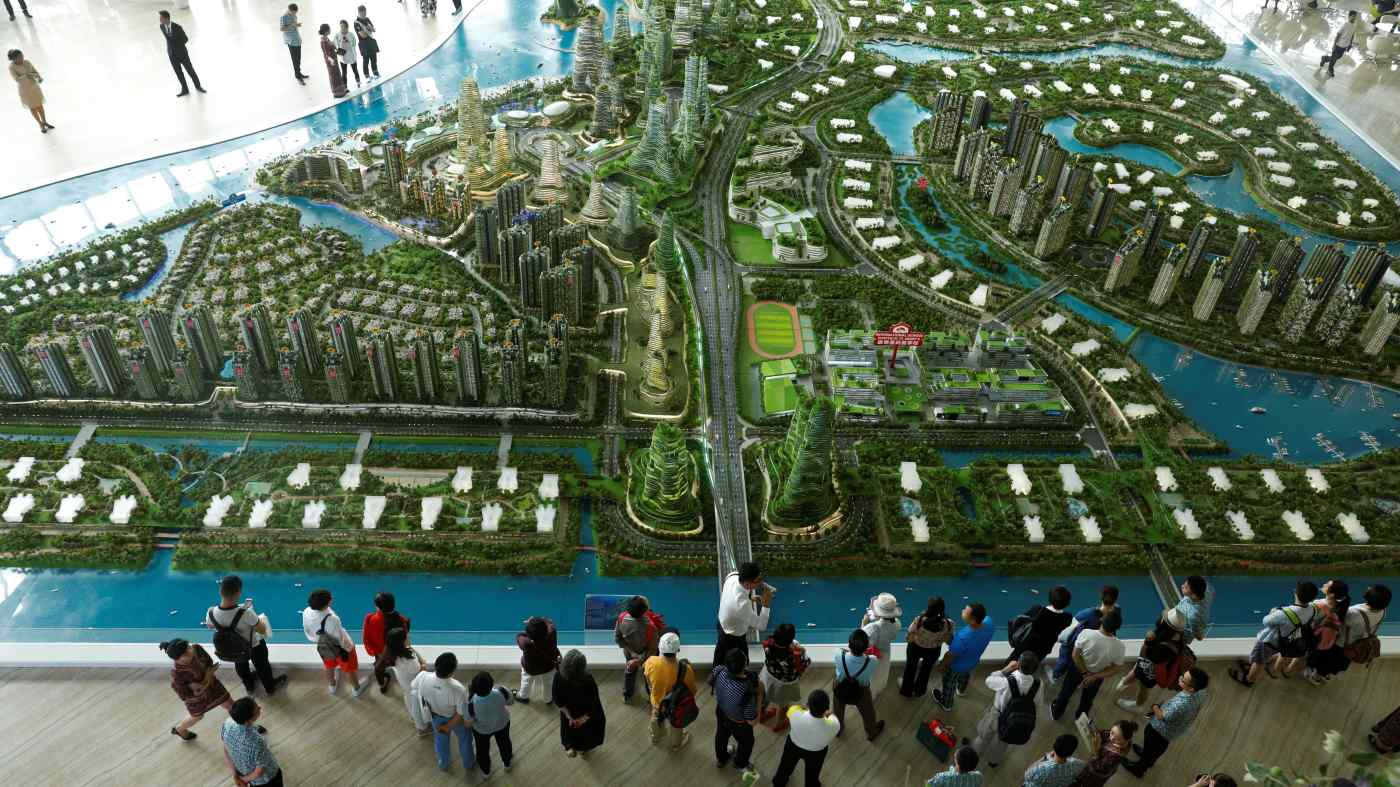 "The Johor government believes that Malaysia has comprehensive laws that protect the rights of foreign investors and companies, including purchasing property," Osman told a briefing.

"The Johor government believes that the federal government is able to be fair in protecting foreign companies that run operations in Malaysia," he said.

The comments appear unlikely to ease confusion surrounding the fate of the giant project, which had already faced much uncertainty, following Mahathir's pledge last week.

Chinese buyers account for about two-thirds of Forest City units sold so far. A fifth are from Malaysia and the rest from 22 other countries, including Indonesia, Vietnam and South Korea.

"Country Garden Pacificview is always providing economic benefits from the project to local agencies," Osman said, referring to the joint venture between the Chinese developer and the Johor state.

The project will create more than 9,000 jobs in the construction sector, he added.

Mahathir had capitalised on popular disquiet about Chinese investment pouring into Malaysia during his campaign ahead of the stunning election win on May 9.

Osman belongs to the coalition that brought Mahathir to power.

Since becoming prime minister Mahathir has put the brakes on a number of China-backed projects, including the $20 billion East Coast Rail Link project and a natural gas pipeline project in Sabah state.