Malaysia's Mahathir: Timing of resignation 'depends on me' 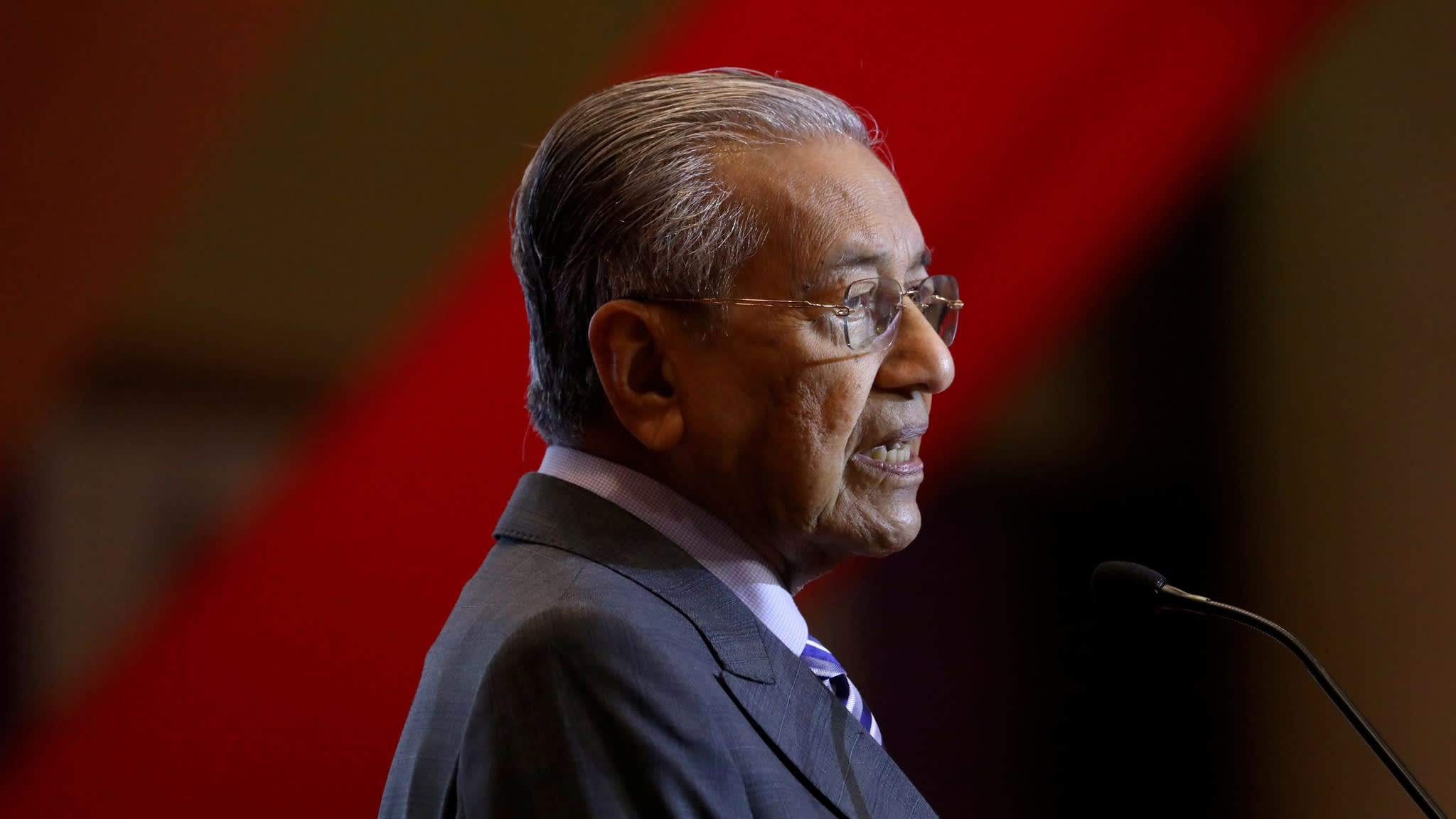 PUTRAJAYA, Malaysia -- The decision on when Prime Minister Mahathir Mohamad steps down will be made only after he chairs the Asia-Pacific Economic Cooperation summit in November, the ruling coalition's presidential council determined late Friday night.

The council gave Mahathir its confidence to decide on the timing after the summit, and the issue of nemesis-turned-ally Anwar Ibrahim becoming his successor will not be addressed at this time, the 94-year-old prime minister said at a late-night news conference.

The outcome in essence marks a defeat for Anwar, who had sought to pin Mahahir down on the timing of his promised succession, and leaves uncertainty over if and when he will become prime minister.

"It really depends on me whether I leave my job after APEC or otherwise. That's the trust the party has given me, praise to Almighty," Mahathir said, referring to Pakatan Harapan, or the Alliance of Hope, which he chairs. 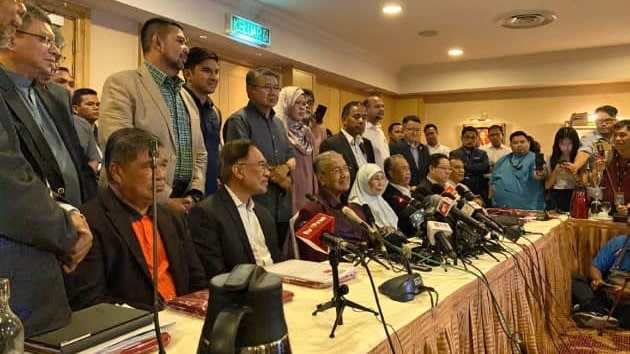 Malaysian Prime Minister Mahathir Mohamad, center, speaks to reporters following a meeting of the ruling Pakatan Harapan coalition leaders on Feb. 21. His is flanked on his right by Anwar Ibrahim and on his left by Deputy Prime Minister Wan Azizah Wan Ismail, Anwar's wife.

The decision also was unanimous among the leaders of the coalition's member parties, said Mahathir, who was flanked by Anwar on his right, though the nonagenarian prime minister added that there were two schools of thought on the succession.

When asked whether he was satisfied with the outcome, Anwar said that he will have to be patient and that Mahathir should be given freedom to govern at least until November.

"Our stand has always been clear that Mahathir be given ample space and time to govern, and even I had proposed just now that only Mahathir should decide on when the power transfer is made," Anwar added.

Now in his second stint as Malaysia's leader, Mahathir has vowed publicly to hand the reins to Anwar, who became his ally in a return to power in 2018. But political observers remain doubtful. Some elements within the coalition reportedly oppose such a succession, and news reports allege secret plans that could see the prime minister finish his five-year term or dissolve the parliament for snap polls at year-end.

Some reports suggest Mahathir could form a new Muslim-based coalition with opposition parties to stay in power for the next three years. A petition campaign among lower house parliamentarians, to declare their support for the current leader, is also reportedly underway.

Anwar, once the protege of Mahathir, was sacked as deputy prime minister in 1998 over charges of corruption and sodomy. Following his release from prison in 2004, Anwar became the leading figure in the opposition and helped mass the opposition parties into the now-defunct Pakatan Rakyat, which contested the 2008 and 2013 general elections.

Anwar began a five-year prison sentence in 2015, following a second sodomy trial involving his personal aide. Human rights groups again called the conviction politically motivated. However, he received a royal pardon and was released in May 2018, a week after the Mahathir-led Pakatan Harapan swept into power.

Anwar was recently embroiled in another scandal, slapped with a sexual assault case by a former assistant, which could emerge as the third formal sodomy allegation against the 72-year-old. Though Anwar has rejected the claims as a political vendetta, police are investigating the case.