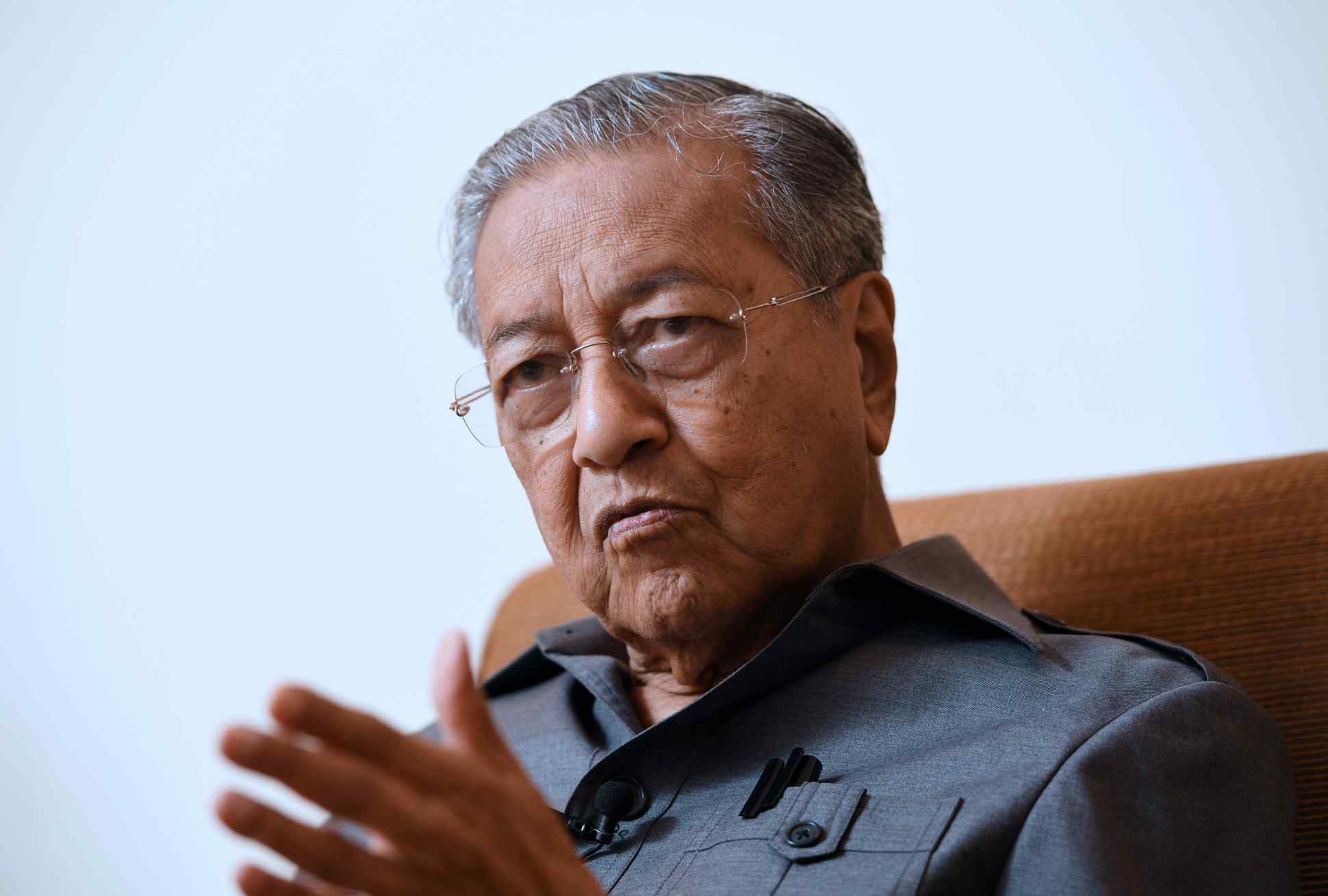 Malaysia's Mahathir claims ousting Najib is on the cards

'Your enemy's enemy is my friend,' says former PM on uniting opposition

KUALA LUMPUR -- Mahathir Mohamad insists there is a real possibility of a new government coming to power when Malaysia goes to the polls later this year.

Speaking to The Nikkei at his office on the outskirts of the Malaysian capital on Monday, Mahathir, who now leads a coalition of four opposition parties, said the mutual goal of unseating Prime Minister Najib Razak was of far greater importance than any differences they may have.

"This is what they called the mother of all elections," said the 92-year-old former prime minister. "It will be very big and the possibility of changing the government is there. For the first time, the opposition is very united."

The Pakatan Harapan, or "Alliance of Hope," is an unlikely collection of politicians. Some, such as Parti Keadilan Rakyat leader Anwar Ibrahim and Lim Kit Siang of the Democratic Action Party, were jailed during Mahathir's 22 years in power.

Anwar, once seen as Mahathir's chosen successor, is serving a five-year sentence on sodomy charges that many believe were fabricated -- his second incarceration for a similar offense.

"This is more or less like the saying, 'your enemy's enemy is my friend,'" said Mahathir.

The veteran politician appears to have united a once fragmented opposition, a role once played by Anwar, even managing to gain broad consensus on seat allocation for the election, which must be called by June 24.

The coalition has agreed for Mahathir to be appointed prime minister should the bloc win, but make way for Anwar when his prison term ends in June. Anwar, however, will still need a royal pardon in order to become leader.

"Anwar will be the next prime minister after me," assured Mahathir, refuting allegations that his return was designed to pave the way for his son Mukhriz to take over. "I wanted to retire but things were not right," he said. Malaysia's image, he continued, had been tarnished by Najib's alleged links the multibillion dollar scandal surrounding state investment fund 1Malaysia Development Berhad.

Najib has repeatedly denied any involvement in the scandal and said it had been turned into a concentrated campaign to sabotage the economy for political gain. He has admitted there were "failings" at the fund, but these lapses of governance had been rectified after investigations.

Regardless, Mahathir insisted the country would get "worse" if Najib stayed in power, and that he just wanted to put Malaysia back on track.

He also accused the current administration of blurring the lines between the executive, judicial and legislative branches of government.

Mahathir himself was no stranger to criticism during his time in office, but rebutted any suggestion that he might have been too hard-line.

"Dictators do not resign. I resigned."

Mahathir is the chairman of Parti Pribumi Bersatu Malaysia, or the "Malaysian United Indigenous Party." The coming elections will be the tenth he has contested in a political career that began in 1964. He is expected to stand in Putrajaya, the suburb where his office is located, Langkawi or his previous constituency of Kubang Pasu.