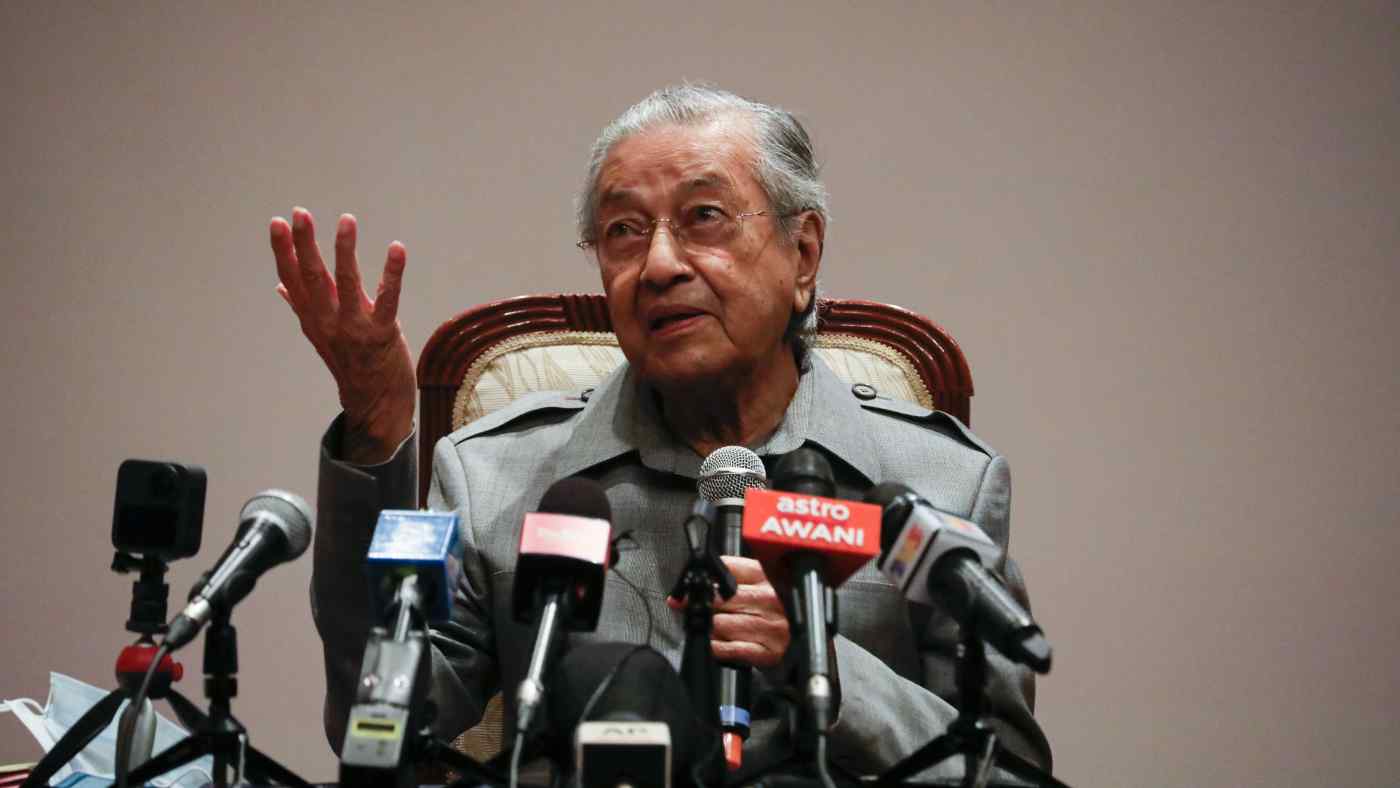 SINGAPORE -- As the upheaval in Malaysia's political scene intensifies, the approval of a new party established by influential former Prime Minister Mahathir Mohamad has the potential to help spur a realignment.

The 95-year-old Mahathir said Thursday that his Pejuang party, formed back in August, has been officially registered. The news came on the heels of the United Malays National Organization, the largest party in the ruling coalition, withdrawing support for Prime Minister Muhyiddin Yassin and demanding his resignation.