Malaysia's Muhyiddin braces for election with COVID shots in sight 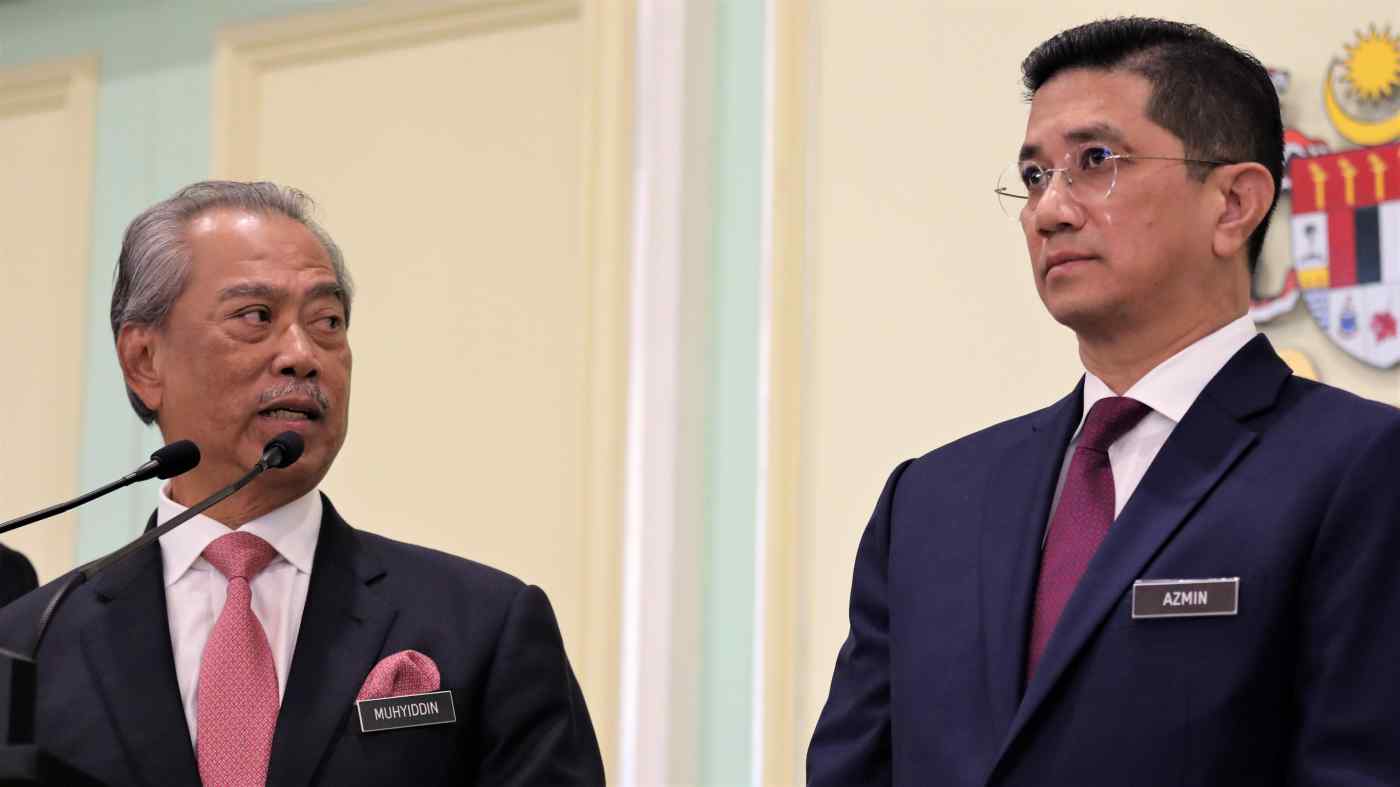 The United Malays National Organization, or UMNO -- which props up the government and has effectively ruled for all but two years since 1955 -- is tightening the screws and potentially setting the stage for a political realignment.

Members throughout the UMNO ranks are apparently urging leader Ahmad Zahid Hamidi to contest the next election under the party's own banner, dissociating itself from the governing National Alliance and Muhyiddin's Malaysian United Indigenous Party, known as Bersatu.

A source close to the government told Nikkei Asia that Muhyiddin is already engaged in intense negotiations over seat distribution and election strategy with coalition partners including Ahmad Zahid, as well as the Malaysian Islamic Party and Bornean parties.

The source revealed that while Bersatu has agreed to compromise on allocations of certain parliamentary seats, the prime ministerial post is a major sticking point.

"The deadlock is between UMNO and Bersatu on who should be the prime ministerial candidate," the source said on condition of anonymity. "If this obstacle cannot be resolved, the entire coalition arrangement might be dissolved before the next polls."

The prime minister "is being advised and guided by Azmin Ali," the source said, referring to the trade minister and former loyalist of Muhyiddin's rival, opposition leader Anwar Ibrahim. Azmin was instrumental in making Muhyiddin prime minister in the first place, through the internal coup that ousted Mahathir Mohamad early last year. Azmin was also the election director for the Sabah state election won by the Muhyiddin-led coalition.

For months, Muhyiddin has relied on UMNO's backing to fend off a challenge from Anwar, who claimed to have majority support in parliament. The premier has been clinging to a two-seat advantage and resorted to emergency declarations to freeze two parliamentary by-elections, due to be held after the incumbents died.

The outcomes, if unfavorable to Muhyiddin, could have resulted in a change in government.

In late November, the prime minister said a national election would be held once the country overcomes the pandemic. "God willing, when COVID-19 is over, we will hold a general election," he said at a virtual Bersatu meeting. "We will return the mandate to the people and leave it to them to choose which government they want."

Administering vaccines would not immediately solve a crisis that has resulted in over 119,000 infections, but it would be a major milestone. The government has secured 12.8 million doses of Pfizer's shot, alongside other procurement deals, and expects to begin inoculations in February -- with Muhyiddin getting one of the first jabs as a show of safety confidence.

The exact timing of the election is yet to be determined, but many expect it in the first half of 2021, possibly even the first quarter.

Sivamurugan Pandian of the Malaysian Science University said that before the polls are called, the National Alliance coalition will have to resolve its internal issues and bickering to show voters it is intact.

Oh Ei Sun, senior fellow at the Singapore Institute of International Affairs, said UMNO is eager to hold the general election as soon as possible, since it has been mobilizing its grassroots support and election machinery for some time now.

The Islamic party could be an important factor. "As time drags on, PAS appears to be drawn closer to Bersatu which, with Muhyiddin at the driver's seat, can more readily accommodate PAS' Islamization agenda," he said, using the party's Malay acronym.

"If Bersatu can indeed win over PAS instead of UMNO's side, then Muhyiddin would be more confident to call for a snap poll."