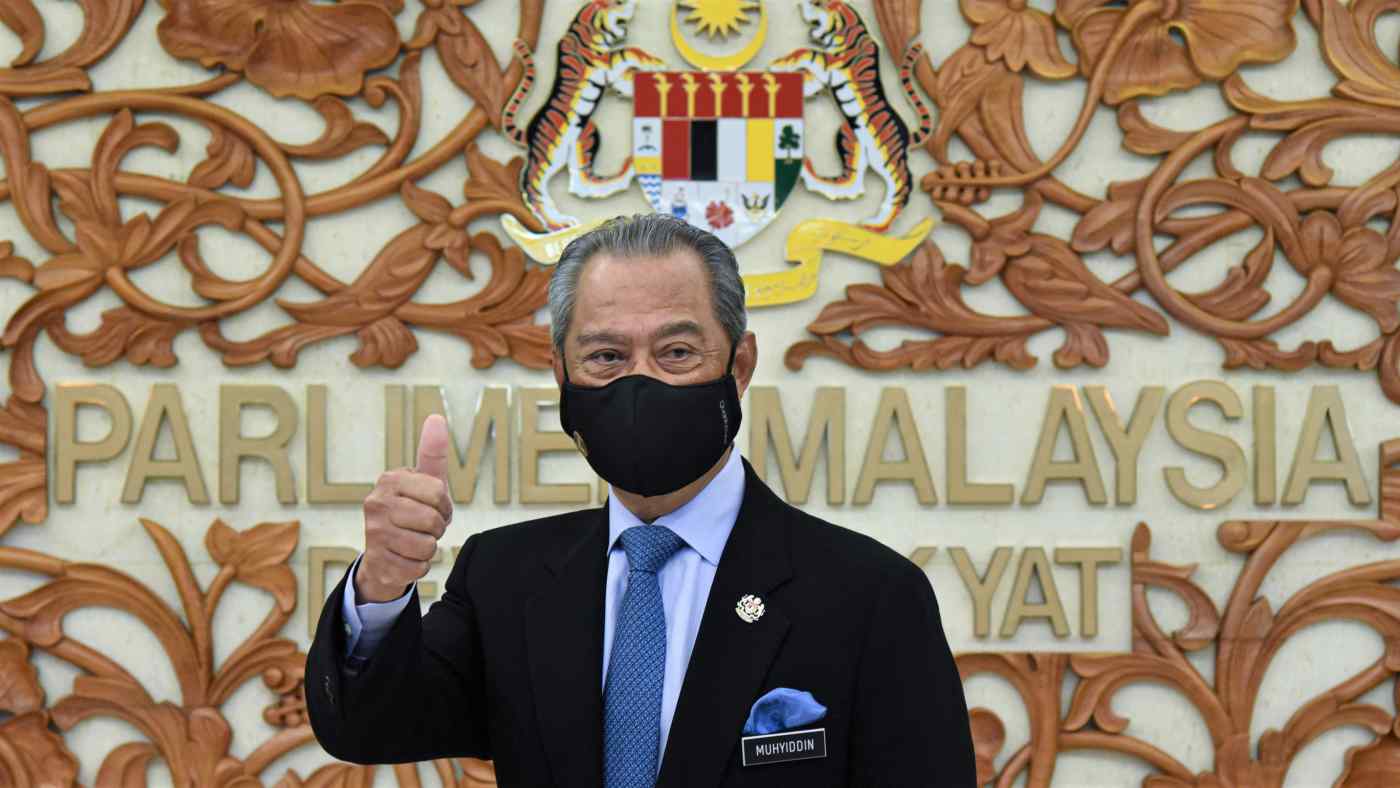 Lawmakers on Tuesday voted to accept the record 322.5 billion ringgit ($79 billion) budget, reaffirming their decision to approve it in late November. But while the opposition put up virtually no resistance the first time around, this time it passed by a slim margin of 111 to 108.

Opposition leader Anwar Ibrahim failed to make good on his repeated claims that he, in fact, is the one who controls the support of the legislature. Had Anwar managed to shoot down the budget, it would have been tantamount to a no-confidence vote against the premier.

Still, the result was not exactly a triumph for Muhyiddin, who remains stuck with what is frequently described as a "razor thin" advantage.

Some lawmakers may have been swayed by the king's pleas for cooperation.

Before the budget deliberations began, King Sultan Abdullah Ri'ayatuddin had urged parliamentarians to accept it for the sake of the country, which is still reeling from a new wave of COVID-19 cases and has recorded more than 80,000 infections.

In a statement released after the budget was initially approved on Nov. 26, the palace had issued a statement, saying: "Besides economic recovery and people's livelihood, the 2021 Budget is crucial to the government and authorities, particularly the medical front liners to enforce policies and initiatives to combat and overcome the COVID-19 pandemic."

Tuesday's outcome means the government's plans for recovering from the crisis can proceed. However, it also means political uncertainty and infighting will drag on.

Aside from Anwar, the prime minister has been under relentless pressure to grant concessions to the largest force in his coalition -- the United Malays National Organization. Likewise, he has faced a steady stream of criticism from the man he elbowed out of office this past March, Mahathir Mohamad.