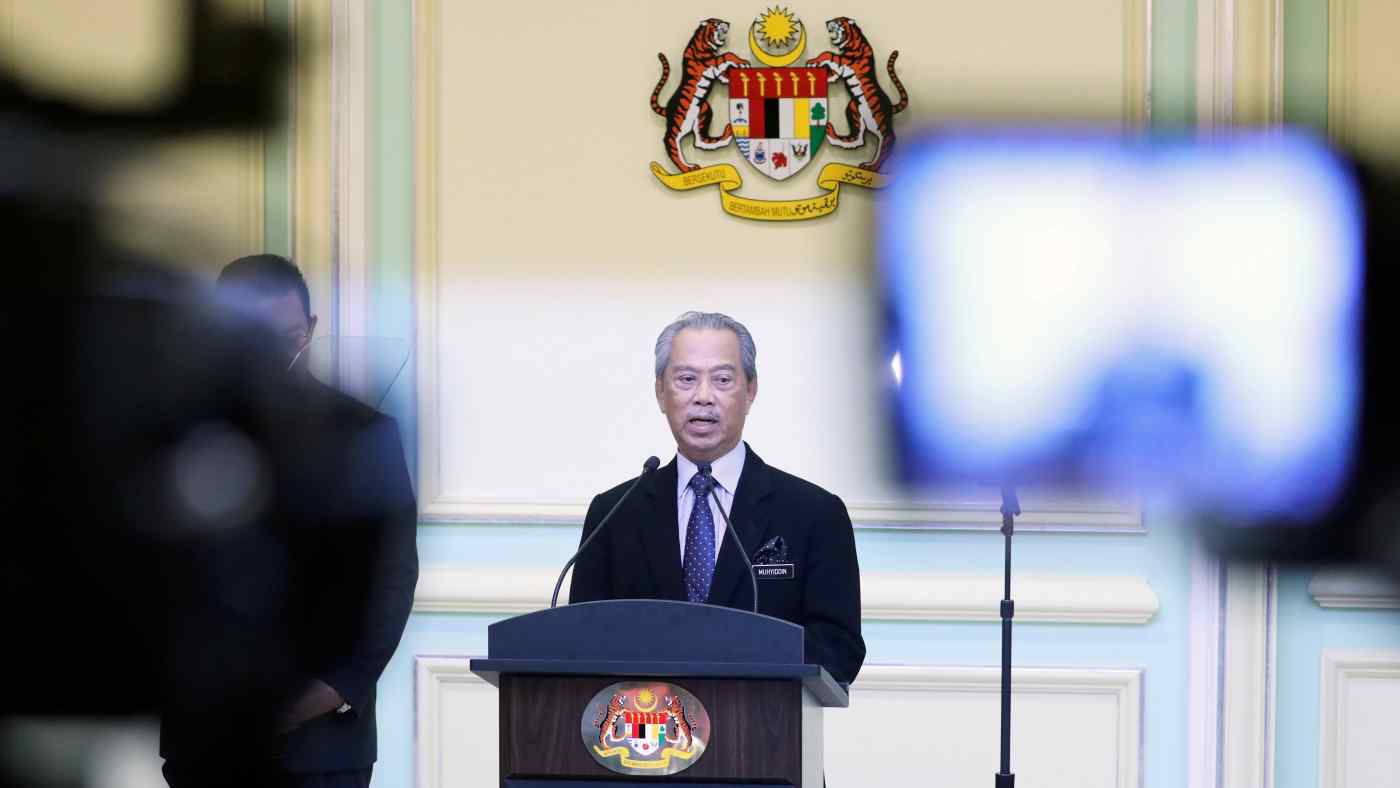 KUALA LUMPUR -- Malaysian Prime Minister Muhyiddin Yassin on Wednesday fought off attempts to force his resignation, likely buying at least a month to demonstrate he still controls a majority in the lower house of parliament.

The premier appeared to have lost what was thought to be a two-seat advantage Tuesday night, when around 10 lawmakers from the largest ruling coalition party -- the United Malays National Organisation (UMNO) -- formally withdrew their support. Yet Muhyiddin told a live telecast on Wednesday that he will face a confidence motion in parliament after it reopens next month.