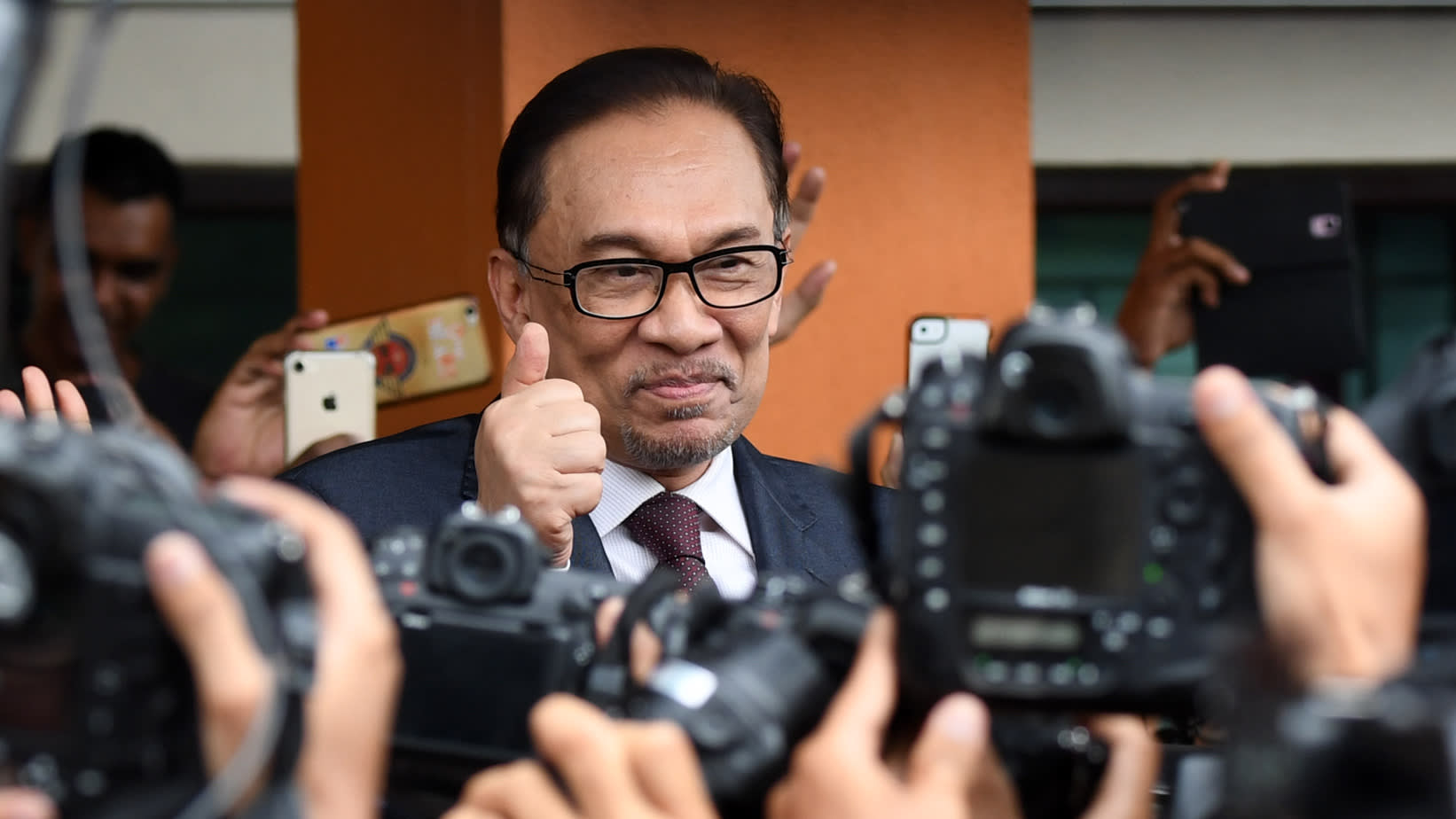 Anwar has been in jail on charges of sodomy since 2015, but was in a hospital when he was released.

New Prime Minister Mahathir Mohamad, who won the general election on May 9, had promised throughout the campaign to ask the king to pardon Anwar and eventually step down to have Anwar take over his position within two years, if the then-opposition Pakatan Harapan, or Alliance of Hope, won. Mahathir confirmed that he would keep his promise after the victory, and also revealed that the palace has started the pardoning process.

Anwar will have to become a member of parliament -- most likely through a by-election -- in order to be sworn in as prime minister. But in a news conference after his release, he said he was in no hurry to hold any government post.

"My position is to give [Mahathir] the necessary support, and to ensure that the reform agenda is effectively carried out," Anwar told reporters at his house in a Kuala Lumpur suburb.

Anwar was Mahathir's protege in the 1990s and was widely expected to succeed him. But their relationship grew tense due to disagreement over how to handle the Asian financial crisis, among other issues. In 1998, Anwar was sacked and later sent to jail on charges of sodomy and corruption.

After his release, Anwar emerged as a prominent opposition figure, and in the 2013 general election led the coalition against then-Prime Minister Najib Razak. He was jailed once again under the Najib government, after the 2004 acquittal that had freed him was overturned. Anwar was due to be released in June, when his sentence was to have been complete.

Mahathir and Anwar mended fences and agreed to join forces in 2017 after Mahathir left Barisan Nasional, or National Front.

"I have forgiven him and he has proven his mettle," said Anwar. "He struggled and supported the reform agenda and facilitated my release. Together we will ensure the smooth transition that Malaysians can be proud of."