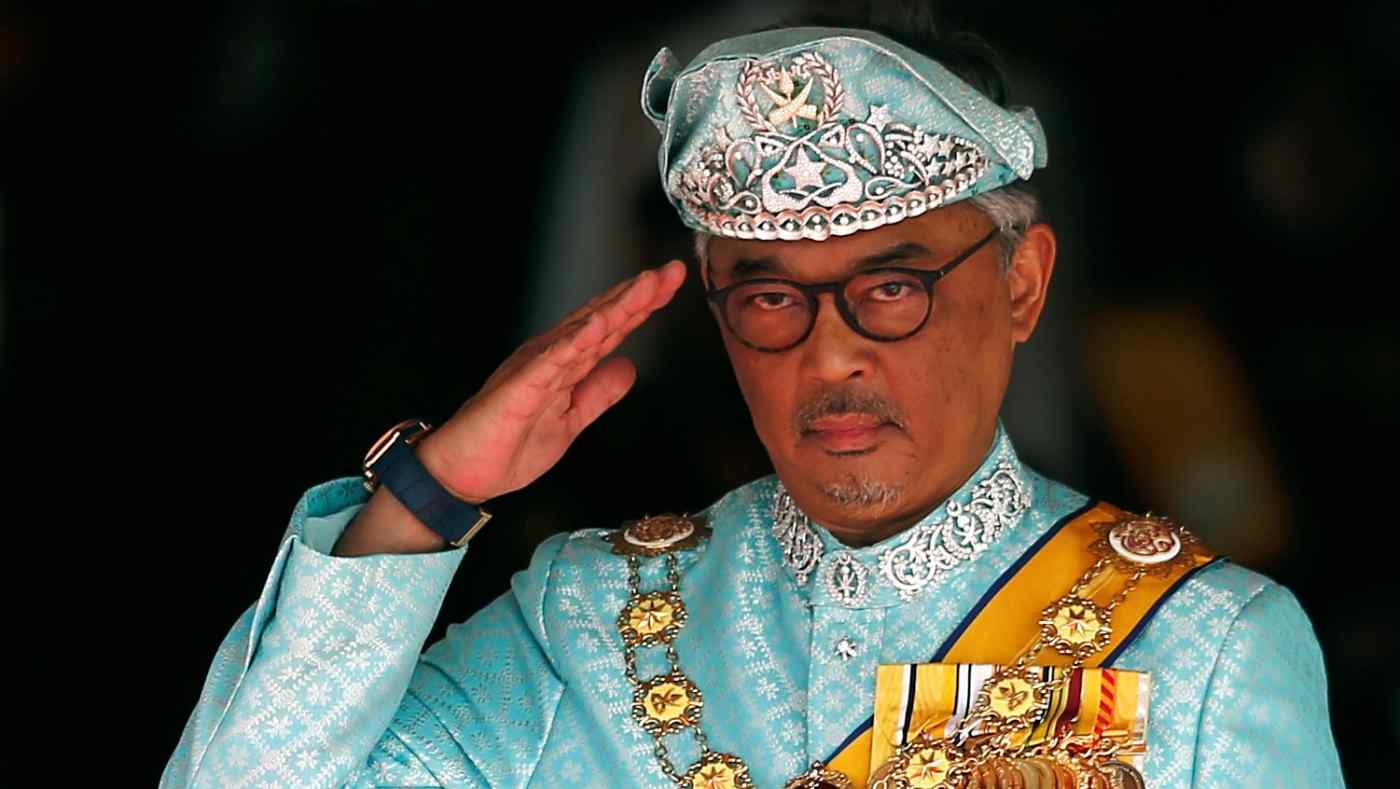 KUALA LUMPUR -- The Malaysian king has dismissed a request by Prime Minister Muhyiddin Yassin to declare an emergency over rising COVID-19 cases in the country -- a proposal critics saw as an attempt to buy time for the premier's embattled government.

"Sultan Abdullah opines that there is no need for him to proclaim an emergency in the country, or any part of the country," Ahmad Fadil Shamsuddin, comptroller of the royal household, said in a statement on Sunday.

Ahmad said the king has confidence in the current government's ability to fight the pandemic and urged all politicians to focus on helping Muhyiddin's government to eliminate the virus.

"After exploring the [emergency] proposal and discussing it with the Malay rulers, and looking at the current situation faced by the country, Sultan Abdullah feels that the current government has been successful in handling the pandemic effectively," he added.

After making it through most of the year with relatively low cases, Malaysia has seen COVID-19 infections surge in recent weeks. On Saturday, the country reported a record 1,228 new cases, bringing the total to 26,565.

Muhyiddin and his allies argued this virus wave justified calling an emergency. Under the Federal Constitution, the king can declare one if he is satisfied there is a threat to national security, the economy or public order. The prime minister held a special cabinet meeting on the proposal on Friday and took it to Sultan Abdullah the same day. Malaysian Prime Minister Muhyiddin Yassin arrives at a mosque for prayers in August: The country has since been hit by another wave of COVID-19 cases.   © Reuters

Had the king agreed, the declaration would have suspended the legislature. Muhyiddin's rivals were quick to point out that this would allow him to avoid the risk of a no-confidence vote.

Also looming is a vote on Muhyiddin's inaugural budget in November. If it is shot down, the government would be automatically dissolved. An emergency, on the other hand, would have enabled the premier to bulldoze through his economic stimulus plans without lawmakers' assent.

The mere prospect of the emergency declaration brought howls of protest.

Anwar Ibrahim, who claims to have majority support to topple Muhyiddin's government, said the emergency proclamation, if it happened, would be a step backward for Malaysia.

"By seeking emergency powers, the illegitimate government reveals its sheer incompetence in handling the COVID-19 health and economic crises," he said before the king made his decision. "While the rest of Asia is looking for ways to manage the virus and reopen their economies safely, Malaysia is heading in the opposite direction."

The Human Rights Commission of Malaysia has also expressed deep concern that the proposed declaration would lead to further instability at a time the country cannot afford it.

"The present health and economic situations in the country relating to COVID-19 do not pose a threat to national security," the commission stated.

"The proposed proclamation of an emergency under the pretext of containing COVID-19 is unconstitutional and simply unjustifiable, especially since the public has largely complied with the movement control orders and the standard operating procedures implemented by the government."