Malaysia's king seeks names for next PM: Candidates to watch KUALA LUMPUR -- The search for Malaysia's next prime minister is on, after Muhyiddin Yassin ended a rocky 17 months in power by tendering his resignation on Monday. 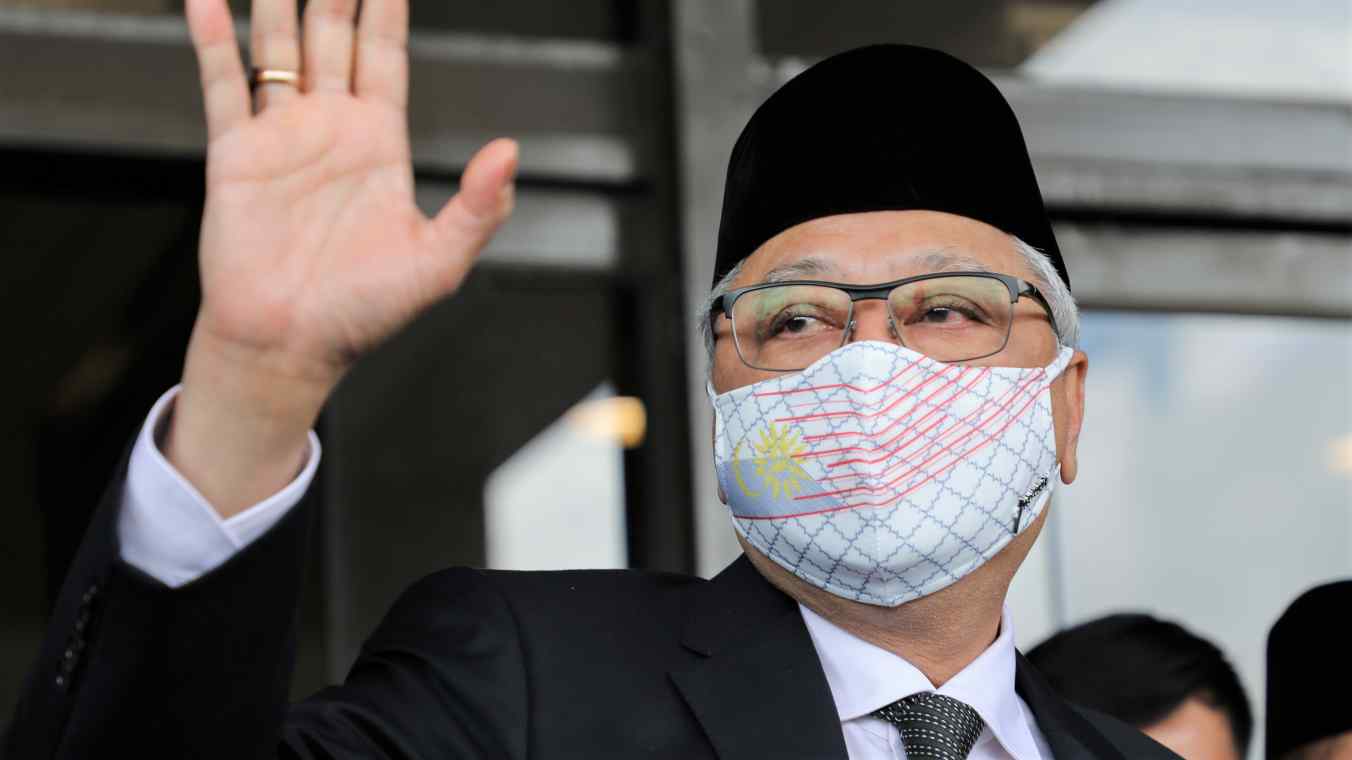 Political parties have been scrambling to gather support behind their preferred replacements with written declarations. Online, countless polls have asked Malaysians to "virtually" vote for their candidate of choice. But with the palace ruling out a snap election due to COVID-19, it is up to King Sultan Abdullah Ri'ayatuddin to choose a premier he believes can command a majority in the lower house, according to the constitution.

The king summoned all party leaders to private audiences on Tuesday to propose candidates. Parliament speaker Azhar Azizan Harun, meanwhile, gave parliamentarians until 4 p.m. local time on Wednesday to submit declarations naming "one lawmaker" who has their support to become prime minister.

While the king met with all 222 lower house members before appointing Muhyiddin last year, this time the declarations should be sent by fax, email or WhatsApp due to COVID-19.

There are about 20 political parties with representatives in the lower house and six independent members of parliament.

The largest of them, the United Malays National Organisation (UMNO), is calling for a "war cabinet" that only focuses on steering the nation out of the pandemic and toward an economic recovery. "After the country reaches herd immunity and the situation improves for a general election to be held, this government should be dissolved to return the mandate to the people," UMNO President Ahmad Zahid Hamidi said in a statement late on Monday.

Ahmad Zahid -- who triggered Muhyiddin's resignation by leading 15 lawmakers in withdrawing their support for the National Alliance government -- said the party was considering a few names.

As for former Prime Minister Mahathir Mohamad, his party only has four lawmakers including himself, though the nonagenarian is believed to have the indirect allegiance of 12 others. They include eight from the Sabah Heritage Party led by Shafie Apdal, who Mahathir suggested as a prime minister candidate earlier this year, much to Anwar's displeasure. 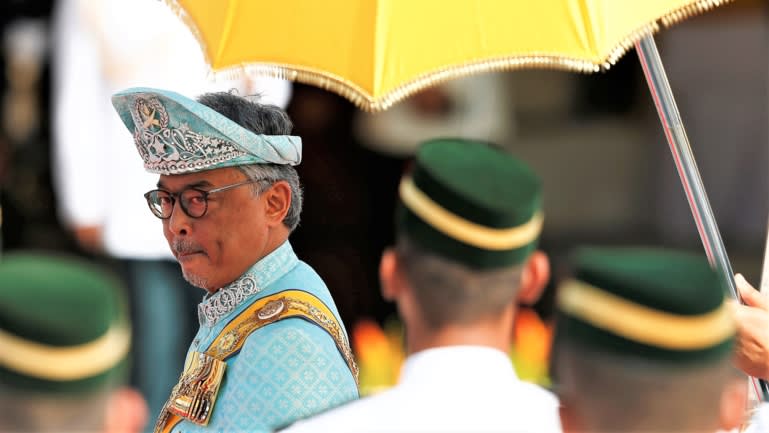 Whoever emerges as leader will face a serious challenge. Malaysia has about 250,000 active coronavirus cases, out of a total of 1.4 million so far, with around 12,500 deaths.

"The new government should be in place as soon as possible," said Oh Ei Sun, a senior fellow at the Singapore Institute of International Affairs.

"Based on the constitution, the king has to pick who in his opinion has the parliament's majority support. But that's not the only criteria," Oh said. "The other criteria for a prime minister, outside the constitution, is that the person should be very competent and awe inspiring, because of the need for the new PM to take drastic and crucial measures in order to take us out from the crisis."

Anything could happen, but here are a few contenders generating buzz as potential Muhyiddin successors.

The deputy prime minister is said to be the front-runner for the job, as a natural progression. Still, Ismail would have to form a fresh government, as Muhyiddin's resignation dissolved the cabinet.

Ismail, a lawyer by education, is a vice president of UMNO. He has the support of a faction of parliamentarians who supported Muhyiddin despite party president Ahmad Zahid's move to officially withdraw support for the previous government.

The 61-year-old Ismail is a fourth-term lawmaker. He started his public life as the minister for youth and sports in 2008, under former premier Abdullah Ahmad Badawi. He has been a federal minister ever since, except for a short spell in the opposition between 2018-2020. He also served as the parliament's opposition leader for a year.

Ismail is married with four children. One of his sons is a well-known singer in Malaysia, while his son-in-law is Indonesian fashion designer Jovian Mandagie.

Anwar is a familiar face in the race to become Malaysia's prime minister. This would be his fourth official bid for the job since 1998.

Having served as deputy prime minister under Mahathir Mohamad from 1993 to 1998, Anwar has had a high-profile but also turbulent public life -- from minister posts to sodomy allegations and imprisonment. Despite the roller-coaster ride, he has maintained considerable support, with many backers seeing him as a political victim.

Anwar's Hope Pact coalition won the 2018 federal election, forming the government under Mahathir. After leading the campaign from jail, Anwar was released, with a promise that he would be handed the leadership reins. There was never a firm time frame for the transition, however. In any case, Mahathir's government collapsed in February 2020, due to the internal coup that brought Muhyiddin to power.

Given Anwar's many attempts, he may be granted a chance to show he can muster enough support. But the numbers are not on his side. At last count, he had the support of 89 lawmakers, 22 short of a simple majority in the lower house. Without some backing from UMNO or Mahathir, his coveted office is still out of reach.

An elder statesman who is serving his 11th term as a member of parliament, Tengku Razaleigh is seen as a dark horse. He is a veteran in UMNO and has a reputation as a noncontroversial figure who could unite the party's various factions -- after an awkward rift opened up between those who supported and opposed Muhyiddin.

Tengku Razaleigh, a royal prince from the northeastern state of Kelantan, also offered himself as an interim prime minister when Muhyiddin's political footing started slipping earlier this year. Sultan Abdullah has invited him to the palace to advise on political matters, making him a close confidant to the monarch.

Since 2004, Tengku Razaleigh has tried at least three times to become UMNO president, generally a precursor to becoming prime minister.

The 84-year-old's first cabinet position was finance minister in 1976. He went on to serve as trade minister in 1984. An economics graduate from Queen's University Belfast, he has also held several positions outside the government: founding chairman and CEO of state energy company Petronas, former chairman of the Asian Development Bank and Islamic Development Bank, and chairman of the board of governors of the World Bank and International Monetary Fund.

Tengku Razaleigh's advocates argue he would be a steady hand to see the country through to the next general election, potentially after the COVID-19 situation improves.

Hishammuddin is a fourth-generation, high-profile politician. His grandfather, Onn Jaafar, was the founder of UMNO and its president, while his father, Hussein Onn, was the country's third prime minister and also served as the party's chief.

Hishammuddin started his political career at age 34 as a member of parliament in 1995, and was named minister for youth and sports in 1999. Now 60, Hishammuddin is seen as another noncontroversial figure who might unite the party and country.

Under Muhyiddin's government, he served as foreign minister, and in July was promoted to senior minister with a security focus. Hishammuddin has served in various ministries including defense, education and home affairs.

In 2014, as acting transport minister, he became Malaysia's spokesperson on the mysterious disappearance of Malaysia Airlines flight MH370.

A lawyer by profession, Hishammuddin is the first cousin of former Prime Minister Najib Razak. He is married to a royal princess, Tengku Marsilla Tengku Abdullah, and has four children.