'Fights for personal interest will be a loss to the nation,' palace warns 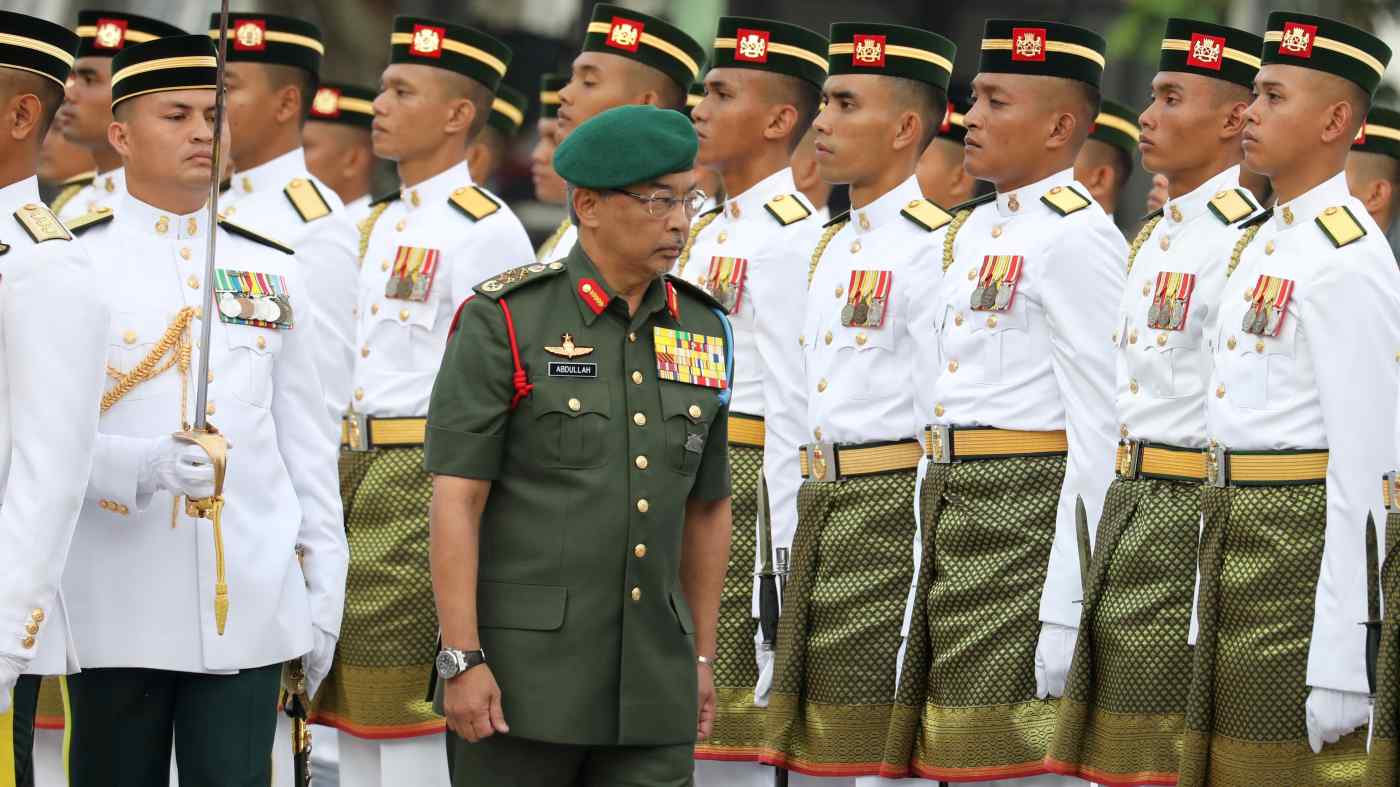 Malaysia's king inspects an honor guard in this file photo. He has urged politicians to put the country ahead of their own interests.   © Reuters
October 28, 2020 16:06 JST | Malaysia
CopyCopied

KUALA LUMPUR (Reuters) -- Malaysia's king urged federal lawmakers on Wednesday to give their full support to the 2021 budget to be unveiled next week, as Prime Minister Muhyiddin Yassin grapples with the fallout from the coronavirus pandemic and a leadership challenge.

Muhyiddin's administration is scheduled to present its first budget on Nov. 6, amid a challenge for the premiership by opposition leader Anwar Ibrahim and at a time when his credibility is seen to have taken a hit after a failed attempt to secure royal assent to declare emergency rule.

King Al-Sultan Abdullah said next year's budget is vital in helping the public manage the effects of the coronavirus and restore the economy.

In a statement, the national palace said the king also called on lawmakers to abide by his decree for an end to all political disagreements "so that the 2021 Budget can be passed without disturbance."

"His Majesty reminds MPs that political fights for personal interest will be a loss to the nation and the people will be come victims at a time when the country is still struggling to face the threat of COVID-19," the palace said in the statement.

Muhyiddin, who has a thin majority in parliament, is under pressure from unhappy coalition partners who have demanded more powerful positions, while a resurgence in novel coronavirus infections is battering the economy.

Calls for Muhyiddin to resign grew after the king on Sunday rejected his request for a declaration of emergency rule, which followed a challenge to his leadership.