KUALA LUMPUR -- With only two weeks left before elections, Malaysia's political parties are ratcheting up their battle on social media, even before the start of official campaigning on Saturday.

At stake are young and newly registered voters, as well as a substantial number of people still undecided. Voters under 40 years old account for 41% of the 15 million eligible voters.

The country's high smartphone penetration rate of 76% lets politicians target groups with help from analytics services provided by social media such as Facebook and Twitter. Official data shows that 97% of social media users are on Facebook, making Malaysia one of the most socially engaged countries in the world.

He conceded that Barisan Nasional, or the National Front, coalition was unprepared in the previous general election in 2013, leaving the ruling party unable to counter accusations by the opposition.

This time around, the ruling coalition appears to be better coordinated, placing election advertisements daily in almost all local media. The ads, whether online or in print, trumpet the coalition's success at running the country uninterrupted since independence in 1957, and highlight the promises of its current platform. 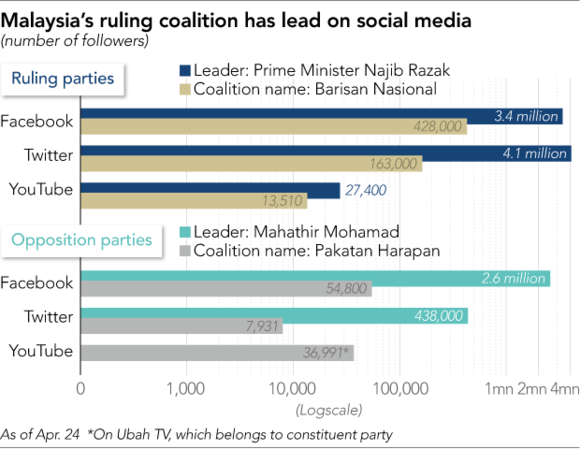 Apart from posts by actual users, social media has been inundated with anti-opposition messages. On Twitter, two hashtags expressing anti-opposition sentiment, #SayNOtoPH and #KalahkanPakatan, or defeat Pakatan, were used 44,100 times by 17,600 users. A majority of these came from automated accounts known as bots, according to an April 21 study by the Digital Forensic Research, a unit of U.S. think tank Atlantic Council.

PH is the acronym of the Mahathir Mohamad-led opposition Pakatan Harapan, or Alliance of Hope.

While there is no evidence that the bots, which started appearing two days after the poll date was fixed, were sponsored by the ruling alliance, the posts seem to favor the National Front, noted the study.

The study also noted that the 10 most active accounts using the two hashtags were bots with Russian-sounding Cyrillic screen names, suggesting that they were purchased from Russian-speaking bot creators.

Russia has come under criticism for allegedly meddling online in the 2016 U.S. presidential election.

Nevertheless, the resource-scarce opposition has a similar, but more nuanced, way of delivering its election message: Instead of a coordinated media campaign, each of the four parties within the Alliance of Hope has launched its own social media offensive.

"The narrative cannot be the same," said Yeo Bee Yin, a parliamentary seat candidate for the opposition Democratic Action Party. She explained that each party represents different interest groups within the diverse multi-ethnic country and thus, the media campaign so far has centered on "communicating in the right message."

But overall, the focus is on internet-savvy voters in hotly contested constituencies, Yeo said. Her party is buying ad space on Facebook, directing sponsored content for the first time to specific demographics based on income and language. Unlike the resource-rich National Front, Yeo said the opposition could only buy "target space" on social media, unlike the 2013 election when it purchased "blanket space" that covered a broader user base. 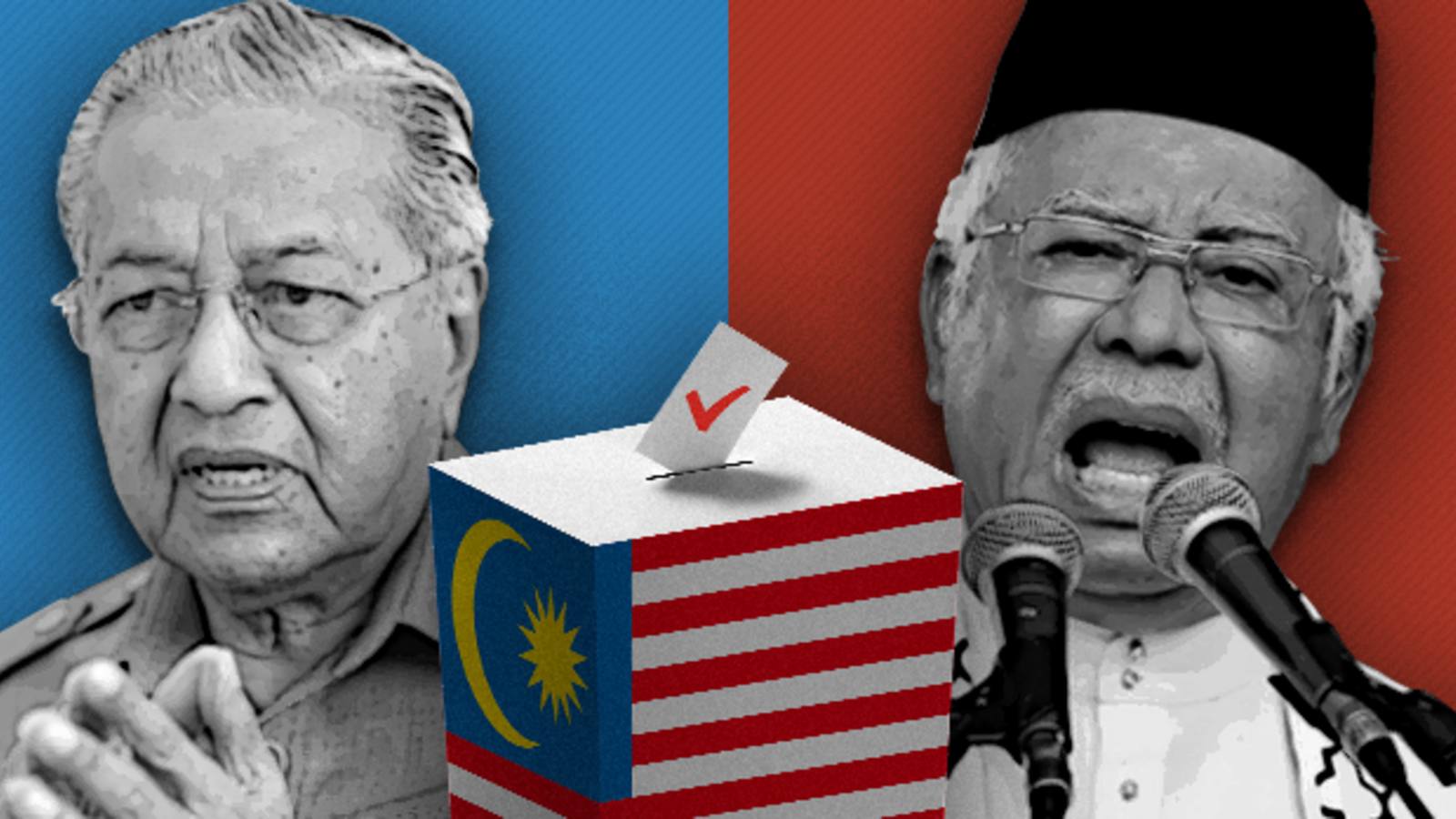 One striking difference is the heavy use of video by the opposition to air election speeches and messages that relate to people's lives. "Stories [told through visuals] are important political narratives," said Yeo, who drew a comparison to Trump's presidential campaign.

The rising cost of living is one of the key themes that the opposition has been keen to highlight, accusing the Najib-led government of incompetency. This resonates well with many in low- and middle-income groups, a crucial point considering that about two thirds of the 222 parliamentary seats up for grabs are considered competitive, said Bridget Welsh, a political scientist at John Cabot University, Italy, who is following the election from Malaysia. These seats could be decided by less than a 10% margin, based on her calculations.

First-time voters like Faiz Aziz, who is closely following the campaign on social media, are scrutinizing candidate credentials as well as election promises. The 25-year-old financial adviser will vote in an urban district and said it is important to elect candidates untainted by corruption.

A similar sentiment is shared by another first-time voter, Nursyafiqah Abdul Rahman, who complained about the rising cost of living. She said that Mahathir achieved more when he was prime minister from 1981 to 2003 compared to Najib, whose reputation has been tarnished by the financial scandal at the state fund, 1Malaysia Development Berhad.

Nevertheless, observers like Eric Loo, a senior fellow at the University of Wollongong, said the absence of a "real national crisis to fire up a revolution" means that incumbents are likely to retain their seats. "As long as the current leadership's record of poor governance has not torn a big hole in the people's pocket, as long as UMNO supporters in the rural areas continue to benefit for the pro-Malay affirmative policies, I am afraid the status quo will remain," Loo said referring to the United Malays National Organization, the largest component party in the ruling coalition.