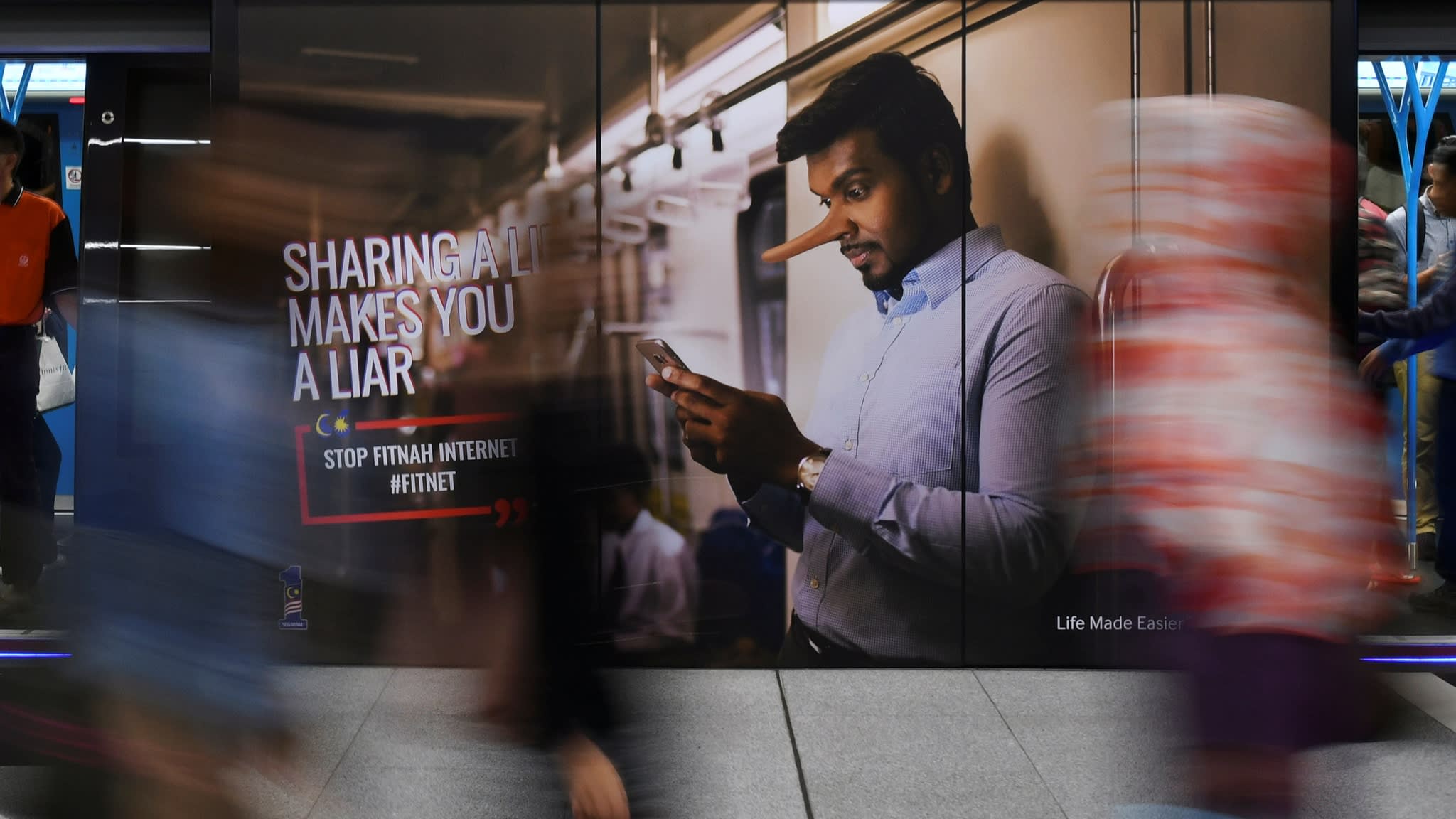 Malaysia, which ran ads against fake news like this one in a train station, appears to be signaling a renewed commitment to press freedom.   © Reuters

The lower house on Thursday passed a bill to abolish the law, local media reported. Critics had feared the law could be used arbitrarily to stifle dissent.

The fake news law was enacted in April. Individuals or corporate executives deemed responsible for transmitting false information were subject to a fine of up to 500,000 ringgit ($121,850) and up to six years in prison.

Najib's government made quick use of the legislation, placing Mahathir under investigation. In its platform for the May 9 election, Mahathir's coalition pledged to "guarantee media freedom in order to supervise administration" and vowed to do away with repressive laws.

The vote put Mahathir back in charge, after his long run as leader from 1981 to 2003, and marked the first change of power since the country gained independence from Britain in 1957.

Media organizations that had been conspicuously pro-Najib in the past have begun to change their tune.

But Steven Gan, editor-in-chief of independent media outlet Malaysiakini, said the abolition of the law is "just the first step" toward ensuring press freedom. Gan, who took heat from both Mahathir's previous government and Najib's, stressed the need to revise or repeal other laws that restrict journalism, such as the sedition law.