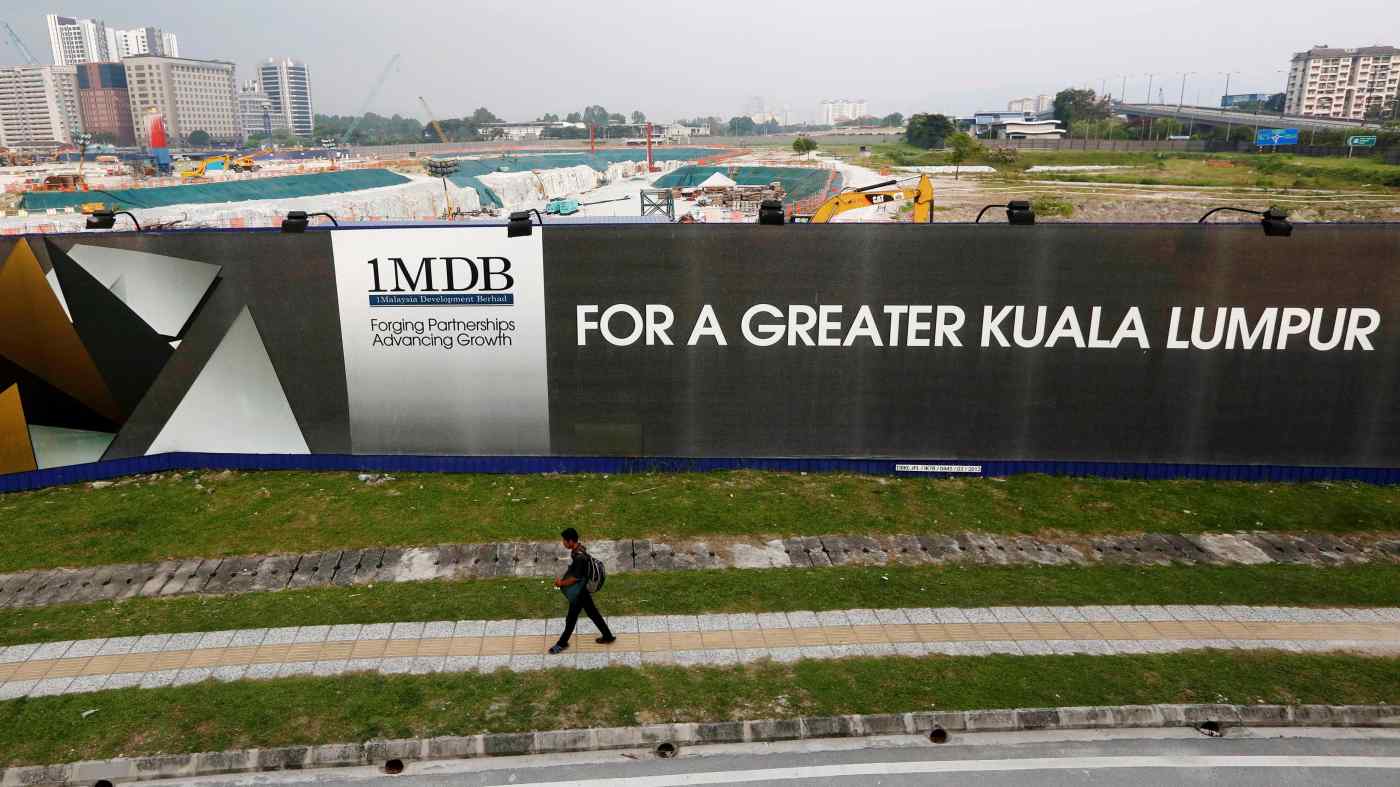 KUALA LUMPUR -- The 1Malaysia Development Berhad (1MDB) financial scandal is back in the spotlight, with the Malaysian government recovering more money from corporate big names and the family of a celebrated ex-central banker coming under investigation for allegedly receiving stolen funds.

Settlements in the past couple of weeks alone have secured 2.83 billion ringgit ($700 million) from local banking group AmBank on Feb. 26 and about $80 million from global auditing firm Deloitte last Wednesday.

The government remains determined to clean up the mess after its landmark agreement with Goldman Sachs last July, when the U.S. investment bank agreed to a $3.9 billion settlement. In exchange, Malaysia dropped criminal charges against three Goldman subsidiaries over alleged misappropriation of funds from 1MDB-related bond issuances worth $6.5 billion.

"As the government is short of money, such settlements could provide quick cash to the government and avoid lengthy and costly litigations," observed Oh Ei Sun, senior fellow at the Singapore Institute of International Affairs. "The adversaries would also like to put these less-than-glamorous affairs behind them, so there will continue to be meetings of the mind to settle these by now old legal and financial scores."

"Those which are more concerned about business integrity would see these settlements as confirmations that there are still murky territories in Malaysia when it comes to financial dealings," he said. "Conversely, those which are more ambitious and adventurous would see this as encouraging signs that matters could always be 'settled' in Malaysia, and thereby many opportunities, murky or otherwise, present themselves."

The arrangement with Deloitte resolves all claims stemming from the company's fiduciary duty in auditing the accounts of 1MDB and its subsidiary SRC International from 2011 to 2014. The announcement came two days after an opposition member of parliament, Tony Pua, urged the government to go after Deloitte as well as fellow auditor KPMG.

Pua had a 21-month stint in the Finance Ministry, from May 2018, during which period various 1MDB-linked charges were initiated. He argued claims against the auditors had been a long time coming.

"Like the AmBank case, the claim documents against both entities were completed by the professionals more than a year ago," he said. "However, unlike the degree of forthcoming cooperation shown by AmBank, these international auditors have failed to demonstrate any remorse and have refused to acknowledge any degree of culpability in the 50 billion ringgit scandal despite clear evidence of their failure to carry out their audit responsibilities in a competent manner."

The scandal is still making waves three years after it contributed to the downfall of Prime Minister Najib Razak's government in 2018.

The former premier himself was hit with 42 criminal charges for alleged misappropriation of funds, money laundering and abuse of power. He was found guilty on the first seven last year and sentenced to 12 years imprisonment, but is free pending appeal. The money allegedly flowed into Ambank accounts in Najib's name.

A Singaporean outfit owned by Tawfiq and his son is suspected of receiving the illicit funds from the fugitive businessman Low Taek Jho, better known as Jho Low. Financial daily The Edge reported that Singapore's police had informed the Malaysian central bank of the suspicious transactions in 2015-2016, when Zeti was the governor.

The funds allegedly transferred by Jho Low are believed to be dubious profits from 5 billion ringgit in bonds issued by the predecessor of 1MDB in 2009, an investment fund for the state of Terengganu. Jho Low was an adviser on the issuance.

The Malaysian police announced last week that Tawfiq and his son are being investigated under the Mutual Assistance in Criminal Matters Act, as it involves the cooperation of some living abroad.

Asked what this means for the integrity of the central bank, the Singapore Institute's Oh explained: "Unlike the Fed, Bank Negara essentially reports to the government of the day, and would of course have to take instructions from the government in setting financial and monetary policies, including those which are friendly to the interests of what the government considers important concerns.

"Clearer internal ethical guidelines would hopefully help to avoid conflicts of interest in the future."

1MDB was incorporated in 2009 soon after Najib was elected prime minister. Its business model was heavily reliant on debt as a capital base, guaranteed by the federal government. Starting out with that 5 billion ringgit in debt, the total reached 50 billion ringgit by 2016 -- all without tangible achievements to show for it.

The scandal snowballed after The Wall Street Journal reported in 2015 that there was huge misappropriation of funds from 1MDB, alleging that Najib as well as Jho Low were the key beneficiaries.