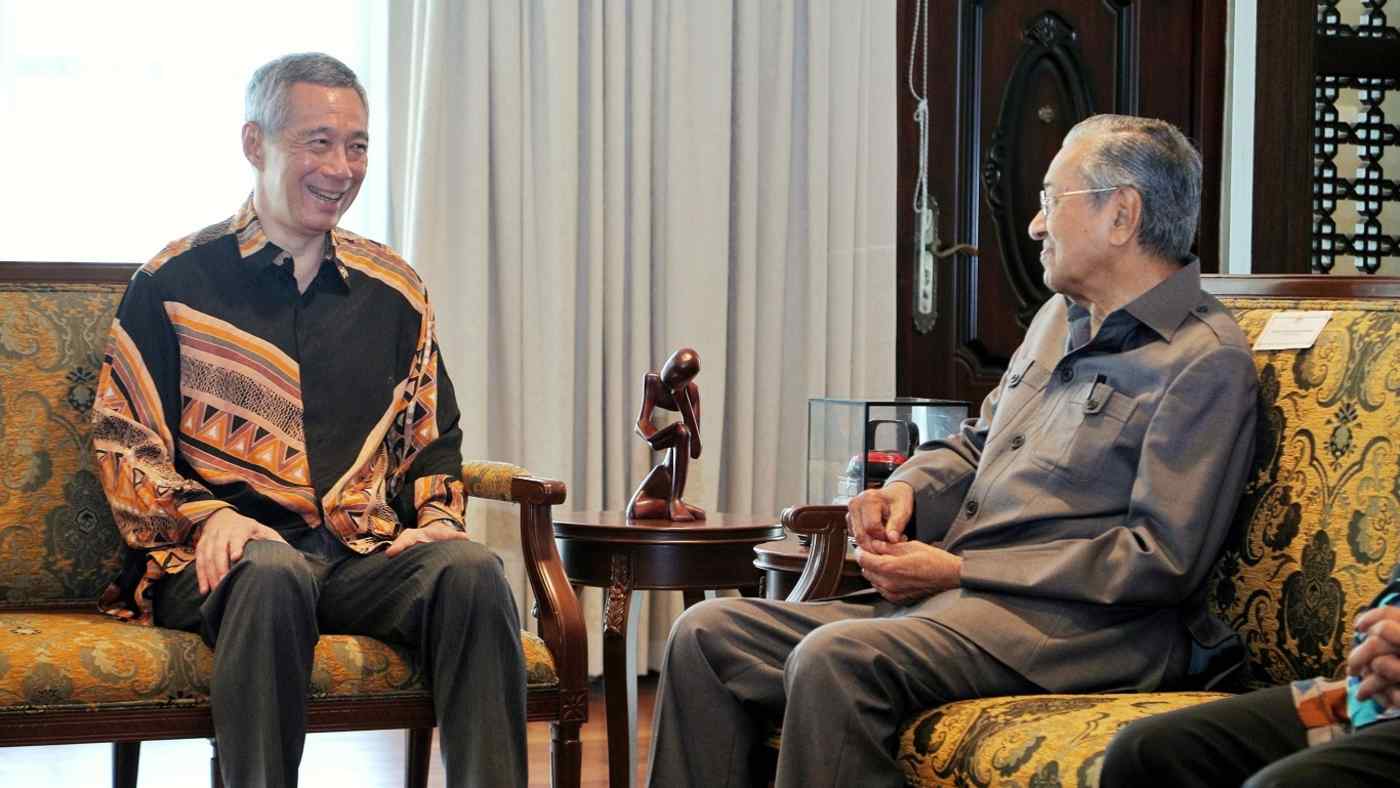 KUALA LUMPUR -- Malaysian Prime Minister Mahathir Mohamad said Monday the proposed high-speed rail linking the country's capital to Singapore would not be happening, and that he planned to negotiate with his southern neighbor over reducing the penality for pulling out of the project which could reach as high as 500 million ringgit ($125 million).

Mahathir's predecessor Najib Razak signed a legally-binding deal with his counterpart Lee Hsien Loong in December 2016 for the 350 km cross-border link as a symbol of closer bilateral cooperation. But since his surprise win in Malaysia's May 9 election, Mahathir has discovered the extent of fiscal debt chalked up by Najib, which have reached 65% of gross domestic product -- far more than the 50.8% reported for the end of 2017.