KUALA LUMPUR -- The Malaysian government on Thursday said it would slash the cost of an ongoing light rail project by 47%, blaming "poor governance" by the previous administration for inflating the expense.

The drastic reduction to 16.63 billion ringgit ($4.11 billion), from 31.65 billion ringgit, is the latest sign of Prime Minister Mahathir Mohamad's determination to trim public outlays and achieve fiscal discipline. It can also be seen as an attempt to show foreign partners in other projects that the government is serious about viability and reducing costs through negotiations.

The Ministry of Finance's announcement pertains to the 37km Light Rail Transit 3 line connecting Bandar Utama, on the outskirts of Kuala Lumpur, to Klang, a city known for its port.

The cost of the LRT3, originally approved at 9 billion ringgit, has swelled more than threefold. It involves the construction of 26 stations including one underground. The main contractors, Malaysian Resources and George Kent, are local companies said to be closely linked to the previous government of Prime Minister Najib Razak.

The cost reduction drive will also involve shelving the construction of five stations and a 2km tunnel deemed unnecessary. The timeline for completion will also be extended to 2024 from 2020, cutting the "acceleration cost" incorporated into the original contract as a means of speeding up the project.

"The 47% reduction in cost demonstrates that the new government is walking the talk in securing significant cost reductions for excessively priced projects caused by the poor governance of the previous government," said Finance Minister Lim Guan Eng. It is also a clear message to stakeholders of other infrastructure projects signed by Najib's government, in particular three Chinese-led endeavors and the planned Kuala Lumpur-Singapore high-speed rail line.

The government has stopped work on the East Coast Rail Link and two gas pipelines pending high-level talks with Beijing. These projects, costing 76.18 billion ringgit, are being built and financed mainly by Chinese companies. Mahathir's new government reviewed the deals and found them unfavorable. 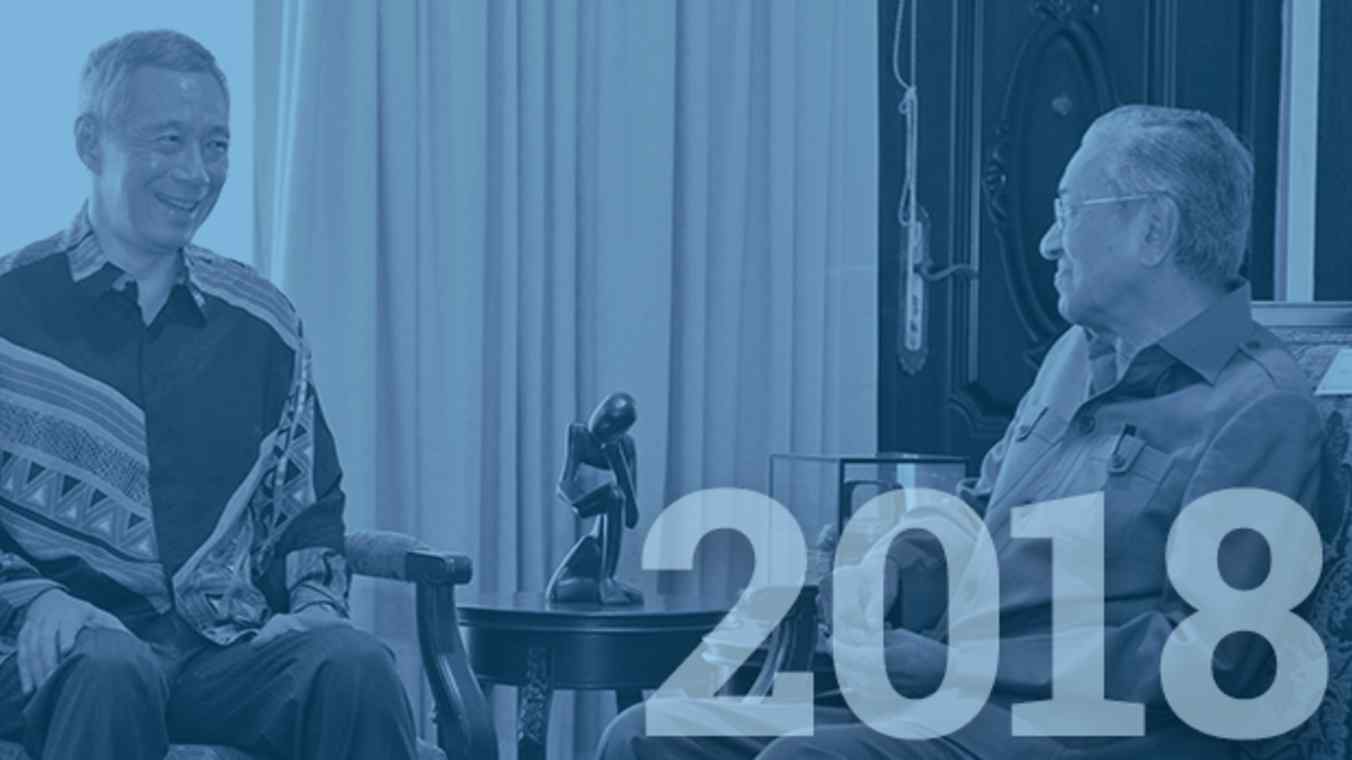 The 350km high-speed rail project has also come under scrutiny, partly due to the considerable cost. Najib and Singaporean leader Lee Hsien Loong agreed to the plan, which proponents estimate will cost 72 billion ringgit. Mahathir's government, however, expects the total will run to 110 billion ringgit with loan interest.

"The project by itself makes some sense but not at the exorbitant cost," Lim was quoted as saying by Singapore's Straits Times newspaper. He added that Malaysia would consider moving forward if the costs could be reduced, hinting that there have been informal offers to take on the project at a much lower price.

Singapore had warned Malaysia that it would seek compensation if the project is terminated. Both countries signed a legally binding agreement in 2016, and bidding was supposed to end in June. Malaysia's unexpected change of government put the process on hold for the time being.