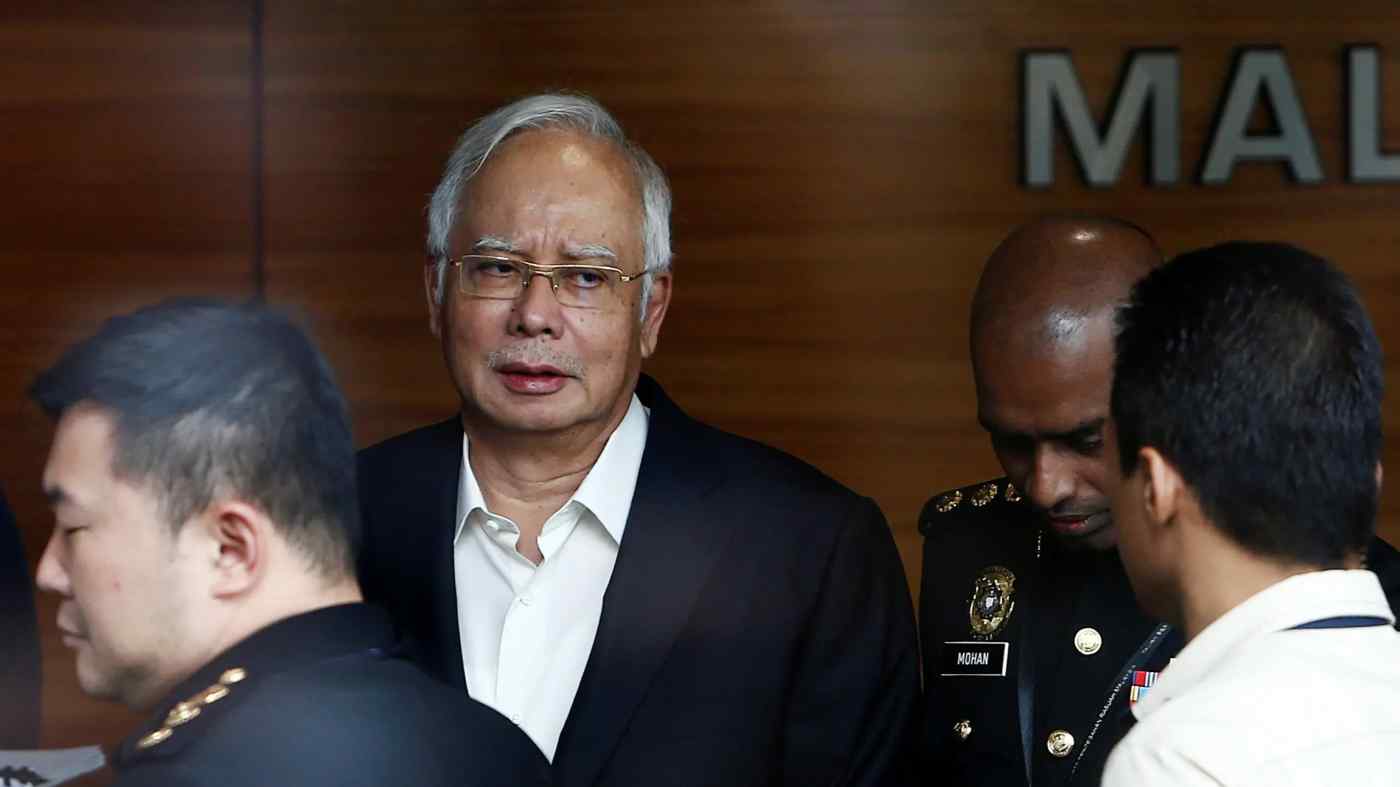 KUALA LUMPUR -- A Malaysian court on Monday postponed the corruption trial of former Prime Minister Najib Razak over a multibillion dollar scandal involving sovereign fund 1MDB that was due to start on Tuesday.

The Court of Appeal allowed a stay of hearing after an application for deferment by the defense. The court has not fixed a date for a hearing but some lawyers said it could be next month based on their experience.

The defense denied that its intention was to delay the trial.

"It is the rushing that caused all these problems," said defense lawyer Shafee Abdullah, referring to the public prosecutor's move last week to withdraw the transfer of the seven cases to the High Court from the Session Court.

The Attorney General had said the withdrawal was made to avoid any possible argument later on that could nullify the transfer based on two precedents.

Najib was removed from power last May in an election seen widely as a vote against the ruling party due to corruption allegations. Najib pleaded not guilty to a total of 42 charges of abuse of power and money laundering linked to 1MDB.

Authorities in several other countries have probed transactions involving billions of dollars believed to be stolen from 1MDB. At least two bankers from Goldman Sachs have been charged in relation to the case.