Malaysian king wades into politics again in break with norms 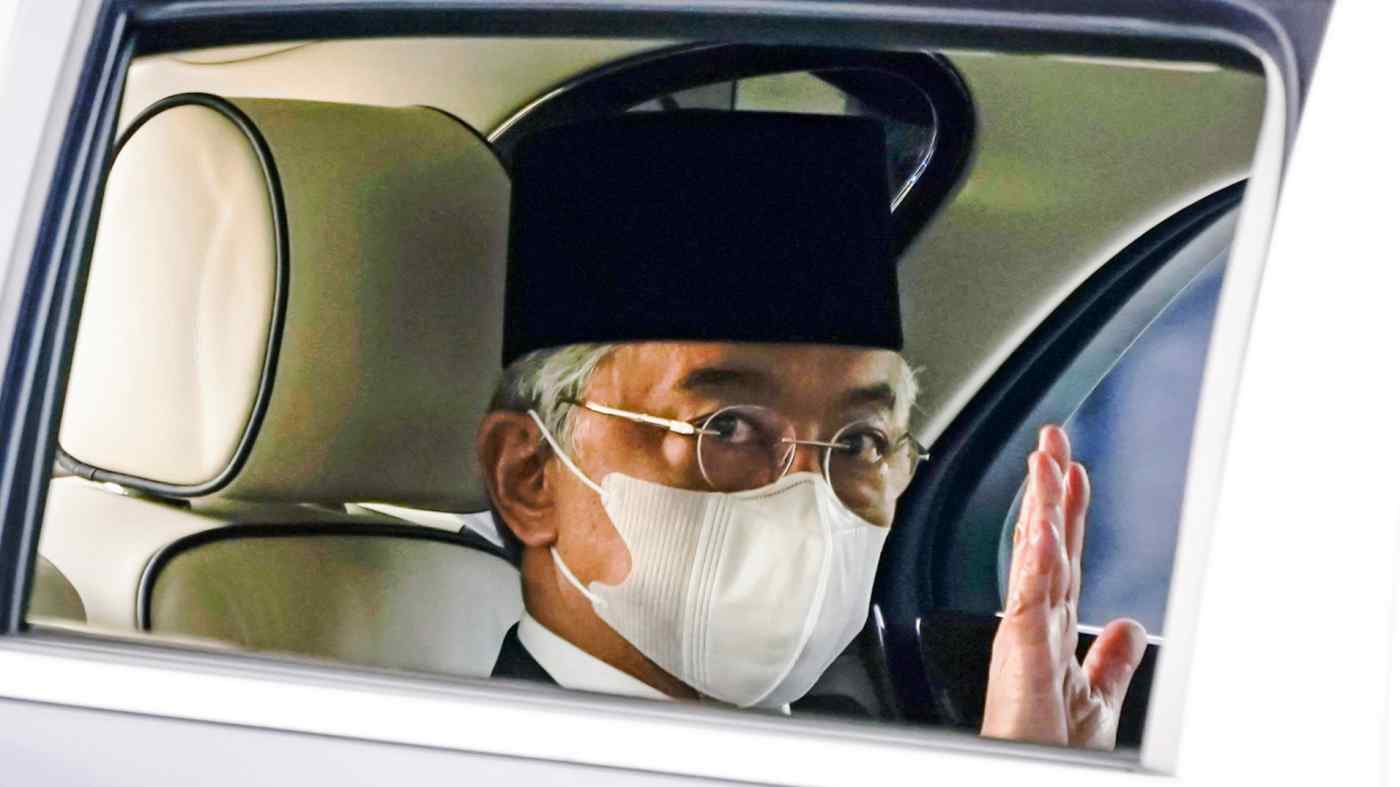 SINGAPORE -- Malaysia's king, Sultan Abdullah Ri'ayatuddin, has stepped up intervention in political matters in a departure from tradition, most recently calling on lawmakers to pass the 2021 budget to aid the coronavirus-hit economy and people.

Malaysian kings normally stay out of day-to-day politics, and his actions have raised questions over whether he is overstepping his constitutional authority. But others say he has no choice, with the growing feud between the ruling and opposition coalitions bringing the government to a standstill.

The king urged lawmakers to "stop all political disputes and instead prioritize the welfare of the people and the well-being of the country so that the 2021 budget is approved without any interruption," the palace said in a Wednesday statement.

Parliament is expected to deliberate on the draft budget when it meets again in November, but there had been concern that the opposition and some ruling coalition members would vote it down.

The Malaysian constitution requires the king to "act in accordance with the advice" of the cabinet or of a minister, except in a handful of cases, such as appointing a prime minister or withholding consent on dissolving Parliament. Such actions as urging lawmakers to support a budget are not among these exceptions.

Sultan Abdullah on Sunday also rejected a request by Prime Minister Muhyiddin Yassin to declare a state of emergency over surging COVID-19 cases. Experts are split on whether the king has the authority to reject such requests, given that he must heed the cabinet's advice.

The royal interventions come as growing tensions between the ruling and opposition factions hamstring Malaysian politics. Former Deputy Prime Minister Anwar Ibrahim has publicly called for a change in prime minister, saying his opposition coalition has the numbers to launch a new government.

If the draft budget is rejected, coronavirus-related spending could dry up as the country heads into a second wave of infections. Meanwhile, Muhyiddin's request for a state of emergency seemed to critics an excuse to tighten his grip on power.

"Some legal questions remain regarding the king's actions, but he made good political decisions when you consider what benefits the public," said Masashi Nakamura of the Japan External Trade Organization's Institute of Developing Economies.

"The political chaos has created a situation where the king has no choice but to intervene," he said.

Given the king's clout, his statement has placed extra pressure on opposition lawmakers not to vote down the draft budget in November. This has tamped down speculation for now that Muhyiddin would be forced to resign or that Parliament would be dissolved for a snap election.

Sultan Abdullah on Wednesday also expressed his "full confidence in the ability of Muhyiddin Yassin to lead the country's leadership."

But any stabilizing effect of his interventions on Malaysia's political landscape is unclear. The ruling and opposition coalitions are almost evenly matched in Parliament, and a handful of defectors could break up the Muhyiddin government. The prime minister could call a snap election to break the impasse once the coronavirus outbreak has slowed down.