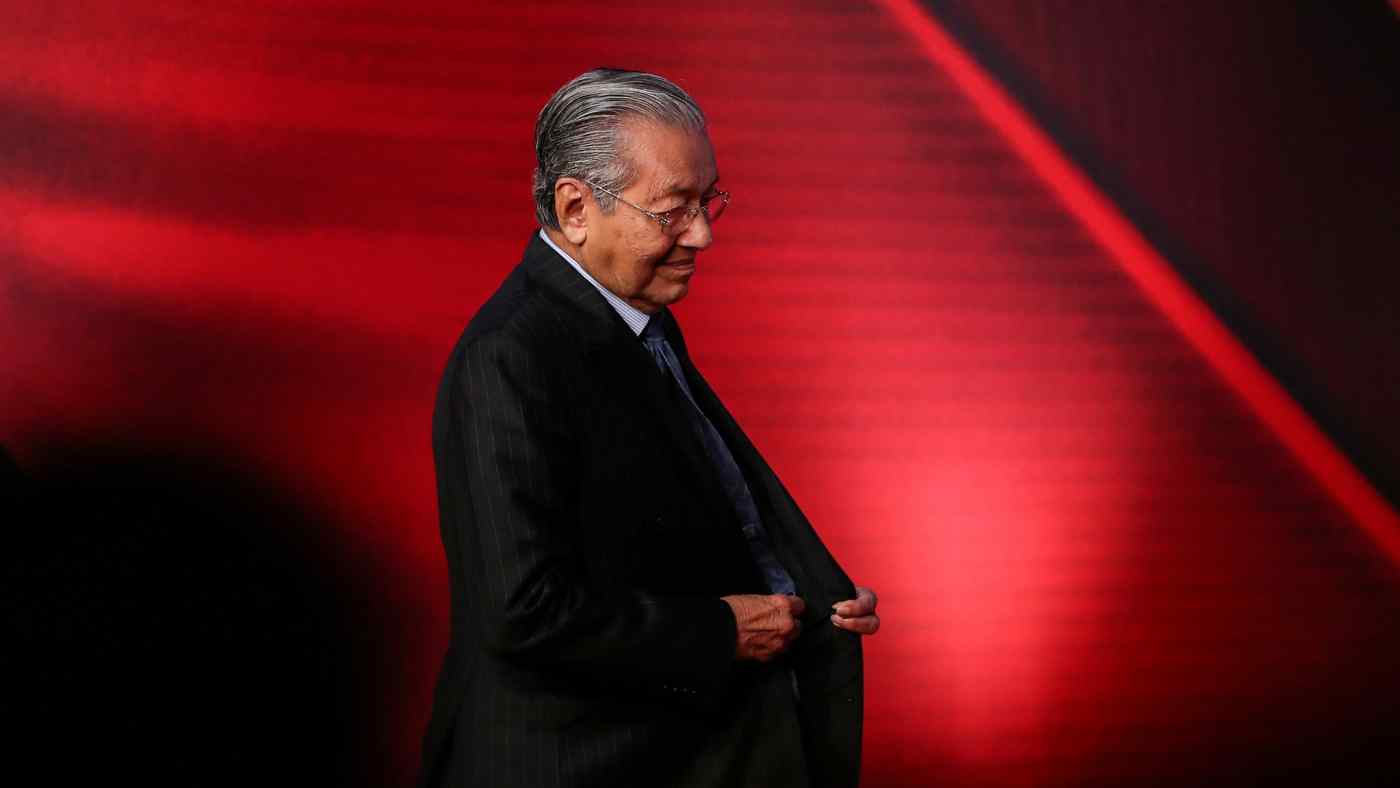 The move comes with the ruling coalition struggling to push through fiscal reforms amid a slowing economy.

The United Malays National Organization, a key party in the opposition Barisan Nasional coalition, and the Malaysian Islamic Party, or PAS, on Tuesday announced that they had formed a political tie-up in parliament and for future elections.

An executive from the UMNO told reporters that the two parties had "married" and would work on a political platform with no conditions, especially in by-elections, "for the interests of uniting the Muslims and Malays."

Since its inauguration in May 2018, the Mahathir government has tried to move away from ethnically focused policies by appointing lawmakers from outside the Malay community to key positions. Finance Minister Lim Guan Eng, for example, is of Chinese background.

The opposition alliance, it would appear, is seeking to capitalize on a resultant anxiety among Malays.

According to government estimates, 69% of Malaysia's 29 million citizens in 2018 were Bumiputera, a local word used to describe Malays and other indigenous peoples of Southeast Asia, while 23% were of Chinese origin and 7% Indian.

The UMNO governed the country for decades until former Prime Minister Najib Razak lost out to Mahathir in general elections in May. The PAS has a strong supporter base in northern states bordering Thailand, which are home to large conservative Muslim communities.

Currently, Mahathir's ruling Pakatan Harapan coalition holds 125 of the 222 seats in the parliament. The UMNO has 38 and the PAS 18.

The announcement of the UMNO-PAS tie-up follows defeat for Pakatan Harapan in a state parliament by-election in Selangor on March 2. Mahathir's coalition had won the constituency in May.

It has embarked on a financial restructuring program through measures including the deferment of infrastructure projects. However, it has also scrapped the 6% goods and services tax, complicating the process of securing tax revenues. In September, it introduced a new sales and services tax, leading to public anger.

Historically, ethnic Malays have trailed the Chinese community in terms of household income, and are likely to vent their dissatisfaction if their economic situation fails to improve.

The outlook for the economy remains uncertain. Growth slowed to 4.7% in 2018 from 5.9% the previous year. On Tuesday, the central bank noted in a monetary policy statement that "materialisation of downside risks from unresolved [the U.S.-China] trade tensions, heightened uncertainties in the global and domestic environment, and prolonged weakness in the commodity-related sectors could further weigh on growth."

According to local reports, Anwar Ibrahim, a key figure in the ruling coalition and apparent successor to Mahathir, was confident that the UMNO-PAS agreement would not have any impact on Pakatan Harapan. He told reporters on Tuesday that not all Malays supported the two parties.